WHO members agree to independent probe of COVID-19 response 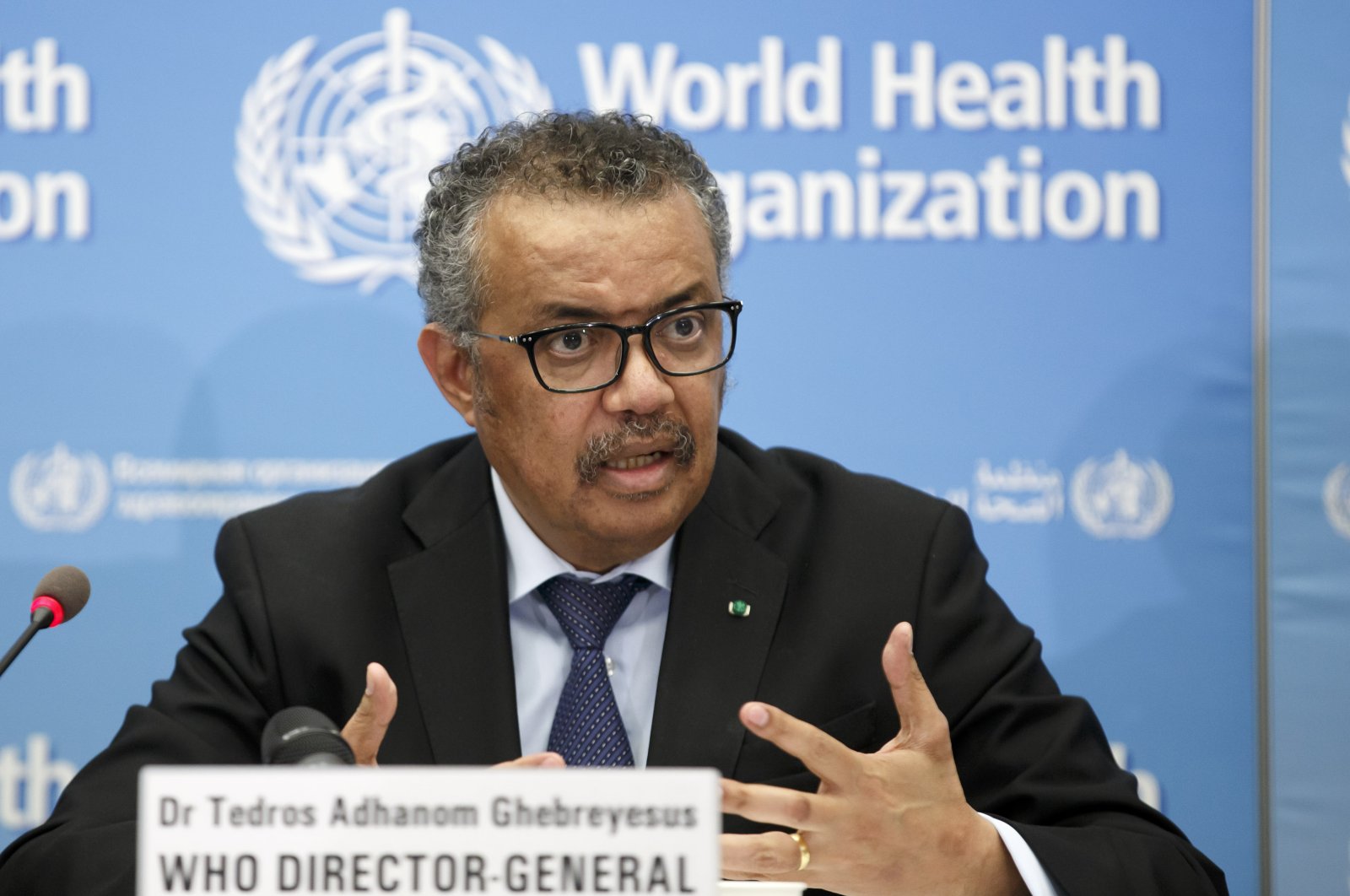 World Health Organization (WHO) member states agreed Tuesday to launch an investigation into its coronavirus response after U.S. President Donald Trump threatened to quit the U.N. agency and branded it a "puppet of China."

Trump has been locked in a bitter spat with Beijing, alleging it covered up the initial COVID-19 outbreak in central China late last year before the disease unleashed tragedy and economic devastation across the planet.

Under pressure at home in the United States, which has far more virus cases and deaths than any other country, Trump has also targeted the WHO with accusations that it failed to do enough to combat the initial spread of the disease.

"They're a puppet of China, they're China-centric to put it nicer," he said at the White House on Monday, before threatening to make permanent a temporary freeze on U.S. funding to the body.

Beijing and Moscow hit out at Trump in response, accusing him of trying to damage the WHO for political ends.

With the row threatening the global response to the pandemic, WHO countries adopted a resolution calling for an "impartial, independent and comprehensive evaluation" of the international response and the measures taken by the agency.

Both the United States and China voted for the resolution, brought by the European Union at the WHO's annual assembly, despite earlier fears that the tensions might make a full consensus impossible.

More than 318,000 people have died of COVID-19 out of over 4.8 million infections worldwide since its emergence, and governments are scrambling to contain the virus while seeking ways to resuscitate their economies.

"A pill every day"

Trump turned the screws on the WHO on Monday, first in a press conference and then in a letter to the head of the organization, giving it 30 days to show "substantive improvements" that demonstrated its "independence" from Beijing.

The letter to Tedros Adhanom Ghebreyesus threatened to permanently freeze U.S. funding. The U.S. is by far the group's biggest contributor.

As he launched his latest attack, Trump also dropped a bombshell saying he was taking hydroxychloroquine, an anti-malaria drug that his own government's experts have said is not suitable for fighting the coronavirus.

"I take a pill every day," said the president, adding that he is using it because he has "heard a lot of good stories."

Beijing has furiously denied the U.S. allegations that it played down the virus threat, and accused Washington on Tuesday of trying to "smear China."

"The U.S. tries to use China as an issue to shirk responsibility and bargain over its international obligations to the WHO," foreign ministry spokesman Zhao Lijian said.

"We are against breaking everything there is for the sake of one state's political or geopolitical preferences," deputy foreign minister Sergei Ryabkov was quoted as saying by news agency Interfax.

The EU backed the WHO too, saying it was "not the time for finger-pointing," putting Brussels once again in opposition to Washington when it comes to Trump's treatment of international organizations.

While the political row rages, countries around the world are trying to find a balance between bringing their economies back to life, and risking a second wave of the disease.

Fresh data also showed the number of unemployed in Britain soared nearly 70% to 1.3 million in three months to March.

The economic damage caused by the virus has led to unprecedented emergency stimulus measures by governments and central banks, and the latest came from Europe where France and Germany proposed a fund worth 500 billion euros ($546 billion).

The path back to normality remains slow. Football players in England's Premier League began returning to limited training on Tuesday, but the league suffered a blow when it emerged there had been six positive tests among players.

One effect of the lockdowns has been a drop in emissions from fossil fuels that cause global warming, with a 17% reduction globally in carbon pollution in April and a predicted drop of 7% in 2020, research in Nature Climate Change said Tuesday. Richard Betts, head of climate impacts research at Britain's Met Office Hadley Centre, cautioned this would still "make barely a dent in the ongoing build-up of carbon dioxide in the atmosphere."

Experts have warned that the social distancing measures that have affected more than half of humanity will remain necessary until a vaccine or viable treatment is found.

The global race to find a vaccine got a boost Monday when results from a trial by U.S. biotech firm Moderna sparked optimism.

In China, meanwhile, scientists at Peking University have said they are developing a drug that can help stop the pandemic by using antibodies that can neutralize the virus.

The virus continues on its destructive path, however, with many poorer nations now seeing a dramatic rise in infections even as the hotspot in Europe eases.

In Russia, the number of coronavirus cases hit nearly 300,000 on Tuesday after Moscow said the virus situation had stabilized. The Kremlin also said Prime Minister Mikhail Mishustin is returning to his duties after fighting off his own infection.

Sadly, other parts of the world, especially developing countries, are only just starting to feel the full force of the virus.

Already, Brazil has overtaken Britain, recording the third-highest number of infections in the world with around 255,000 confirmed cases.

Maria Nunes Sinimbu, a retired teacher from Manaus, the biggest city in the Brazilian Amazon, said COVID-19 had killed five of her family members, including three of her 12 children.

"People should be more careful with this disease. It's silent," said the 76-year-old.