With banging pots and fireworks, celebrations erupt as Biden elected president of US 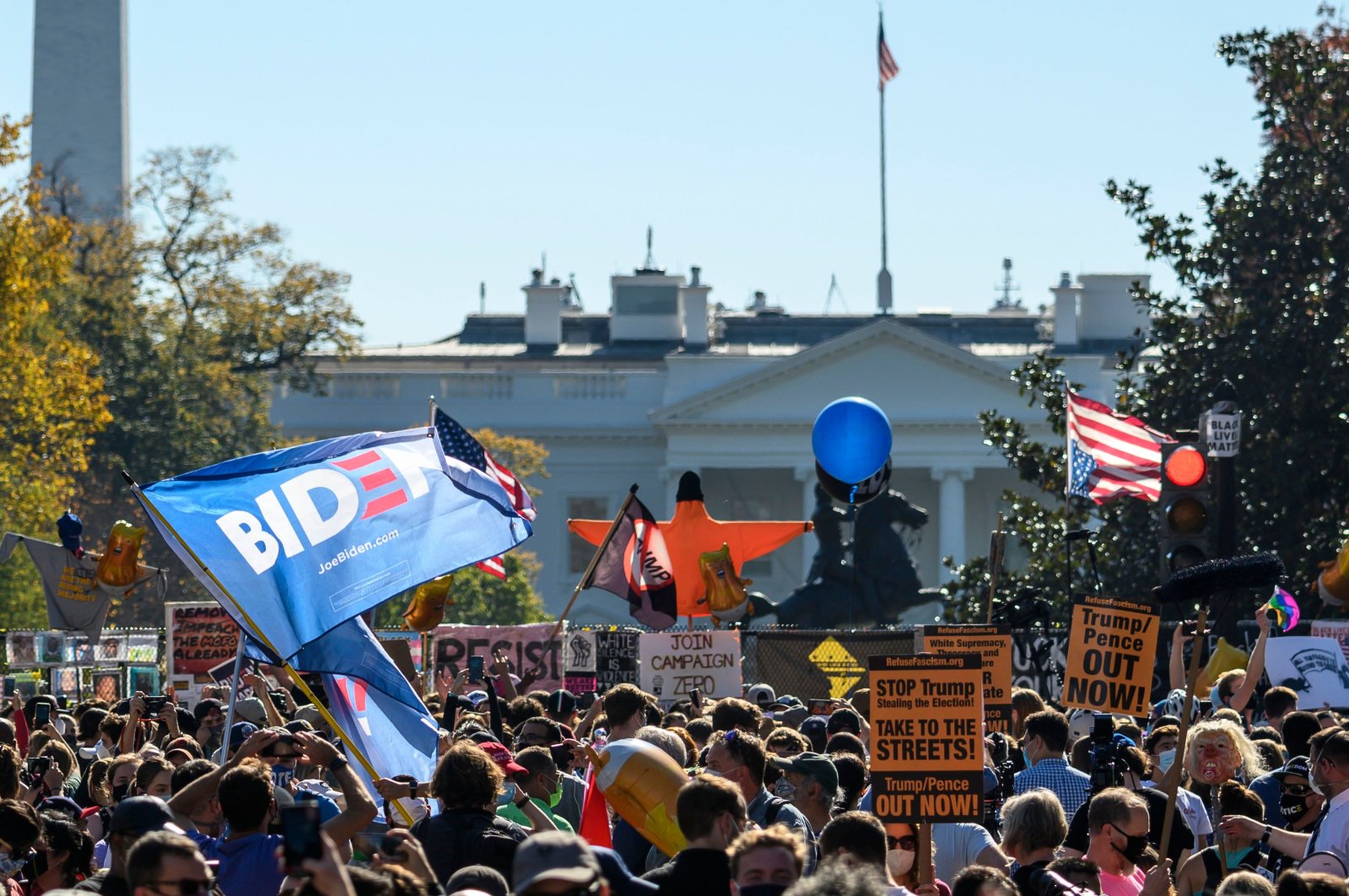 People celebrate on Black Lives Matter plaza across from the White House in Washington, D.C. on Nov. 7, 2020, after Joe Biden was declared the winner of the 2020 presidential election. (AFP Photo)
by REUTERS
Nov 07, 2020 8:44 pm

Supporters of Democrat Joe Biden banged pots, honked their car horns and set off fireworks across U.S. cities after their candidate captured the U.S. presidency in a narrow win over President Donald Trump.

Minutes after major television networks declared Biden the winner following four nail-biting days since the Nov. 3 election, people streamed to the White House to celebrate outside a security fence as the sound of booming fireworks was heard in the distance.

In nearby Dupont Circle, several hundred people formed a parade, playing music, singing and dancing and marched toward the White House to the sound of honking horns and clanging cowbells.

Loud cheers erupted in the halls of the hotel where Biden aides are staying. "Worth every minute," of the wait, a Biden aide said. Campaign staff exchanged elbow bumps and air hugs in the hotel lobby.

In the New York borough of Brooklyn, cars honked and people pumped their fist and cheered on the street.

"The nightmare is over," said Andrew Ravin, 45, while his neighbor Kenneth Henry, 51, said, "We can breathe again."

Emmi Braselton, 37, a freelance graphic designer of Atlanta, was walking her two-year-old daughter Sylvie, who asked "What's all that Mommy?" Braselton said.

"I told her, the good guy won. And also, now there'll be a woman as vice president. And she told me, 'I want to be president.'"