Women across Mexico participate in 'Day Without Us' protests 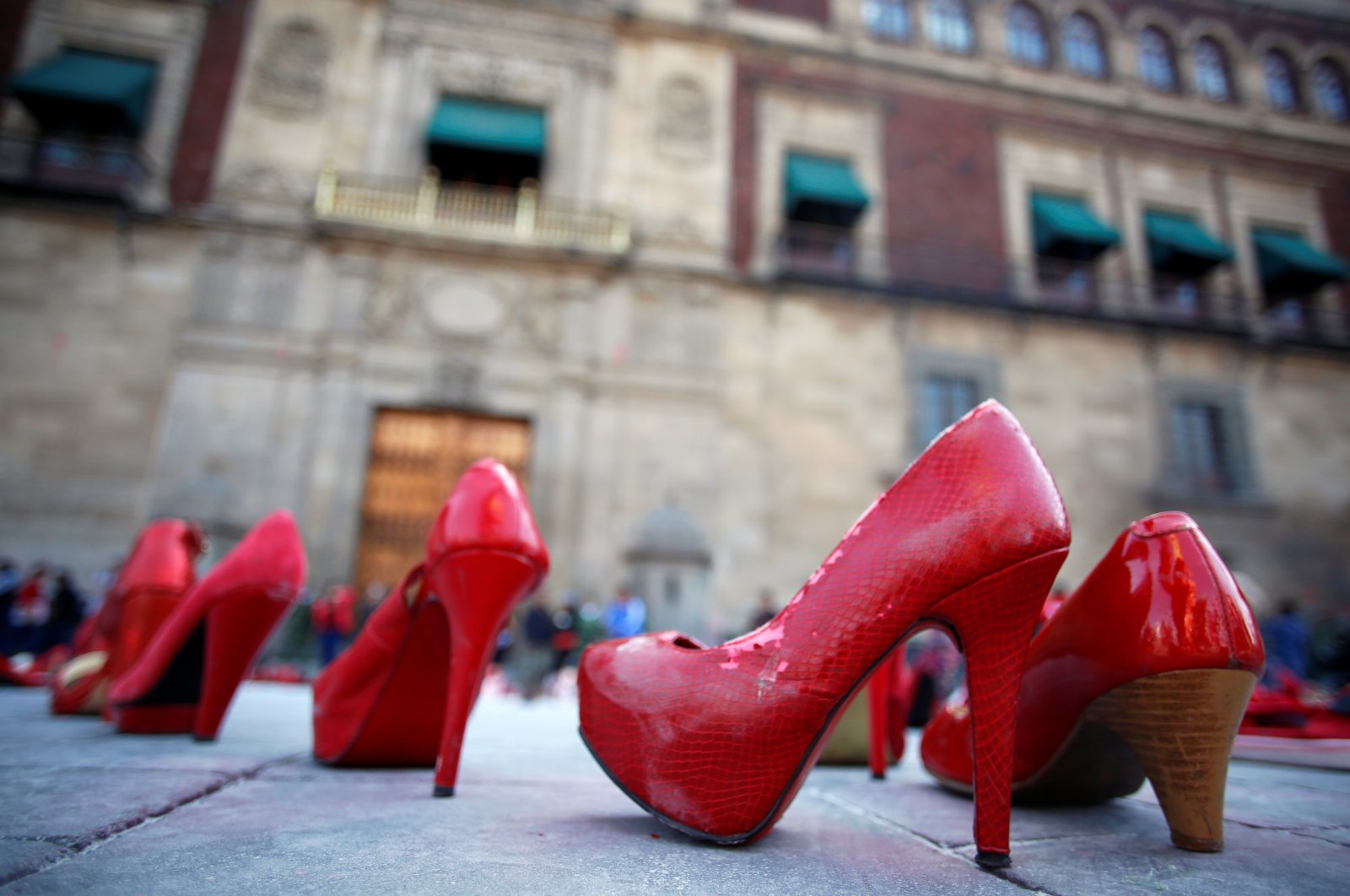 Pairs of women's red shoes are displayed during "A Day Without Women" protest, as part of the escalation of historic protests against gender violence, outside the National Palace in Mexico City, Mexico, March 9, 2020. (Reuters Photo)
by French Press Agency - AFP Mar 10, 2020 12:03 pm
RECOMMENDED

Women mostly stayed off Mexico City's streets Monday as part of a protest against the country's soaring rate of gender-based violence.

The "Day Without Us" strike was staged to highlight the more than 1,000 women and children murdered in Mexico last year.

"This is what a society without women would look like," said Jorge Luna, 21, an employee at a chain of cafes where only male customers and staff were present on Monday.

Few women could be seen walking or driving through the center of the capital, waitresses abandoned cafes and restaurants to their male counterparts and female teachers and office workers for the most part stayed at home.

"Parents, be informed that female personnel are joining this national strike by women," read a sign posted outside one school in Mexico City.

Many schools remained shut down as a result, while female students boycotted university lectures.

Elsewhere, women who had chosen to work wore a purple ribbon or garment, in solidarity with the nationwide campaign against gender violence

In the center of Mexico City, a woman cleaned the glass windows of a cafe bearing the sign in support of the strike that read: "We stand with those who make us giants."

The country's biggest daily newspapers featured purple-colored pages. Spaces normally allotted to pieces by women columnists were empty or filled with the phrase: "A day without them."

Only a third of Mexican bank Banamex locations opened for business, while less than half of all BBVA bank branches were functioning, the El Universal daily reported.

Nurses and other health workers turned up for work as usual at hospitals, but taco sellers working from street kiosks and subway cleaning staff were conspicuous by their absence.

On Eje Central Avenue in the city center, most businesses run by women remained closed.

Women's movements in Mexico have gradually become more vocal in their demands for immediate action to reduce the number of femicides, which grew by 136% between 2015 and 2019.

Two brutal murders last month, including that of a 7-year-old girl, highlighted the issue ahead of an International Women's Day march on Sunday attended by 80,000.

When a "no-women day" was first announced, businesses and government agencies were quick to report that women employees who took part in the protest would be paid normally.

"Our system is so patriarchal that when women decide to stop (work), men feel compelled to give us their permission," said Yindira Sandoval, leader of a Mexican feminist association.

President Andres Manuel Lopez Obrador dismissed the women's protests as "conservatism disguised as feminism" and accused his political opponents of trying to destabilize his government by using feminist organizations.

Apart from an end to violence against women, feminist groups are also campaigning for progress in reducing the gender wage gap and an end to workplace harassment.

Other women's protests were also held throughout Latin America.

Some 3,000 women taking part in a feminist strike demonstrated in Chile's capital Santiago, where there were some clashes with police, who responded using water cannon and tear gas.

In Bolivia, 2,000 women marched the 12 kilometers (7.46 miles) from El Alto to La Paz demanding justice for victims of femicide and the legalization of abortion.

And hundreds of women marched in the Honduras capital Tegucigalpa to demand an end to femicide.