World's largest wetland Brazil's Pantanal burns from above and below 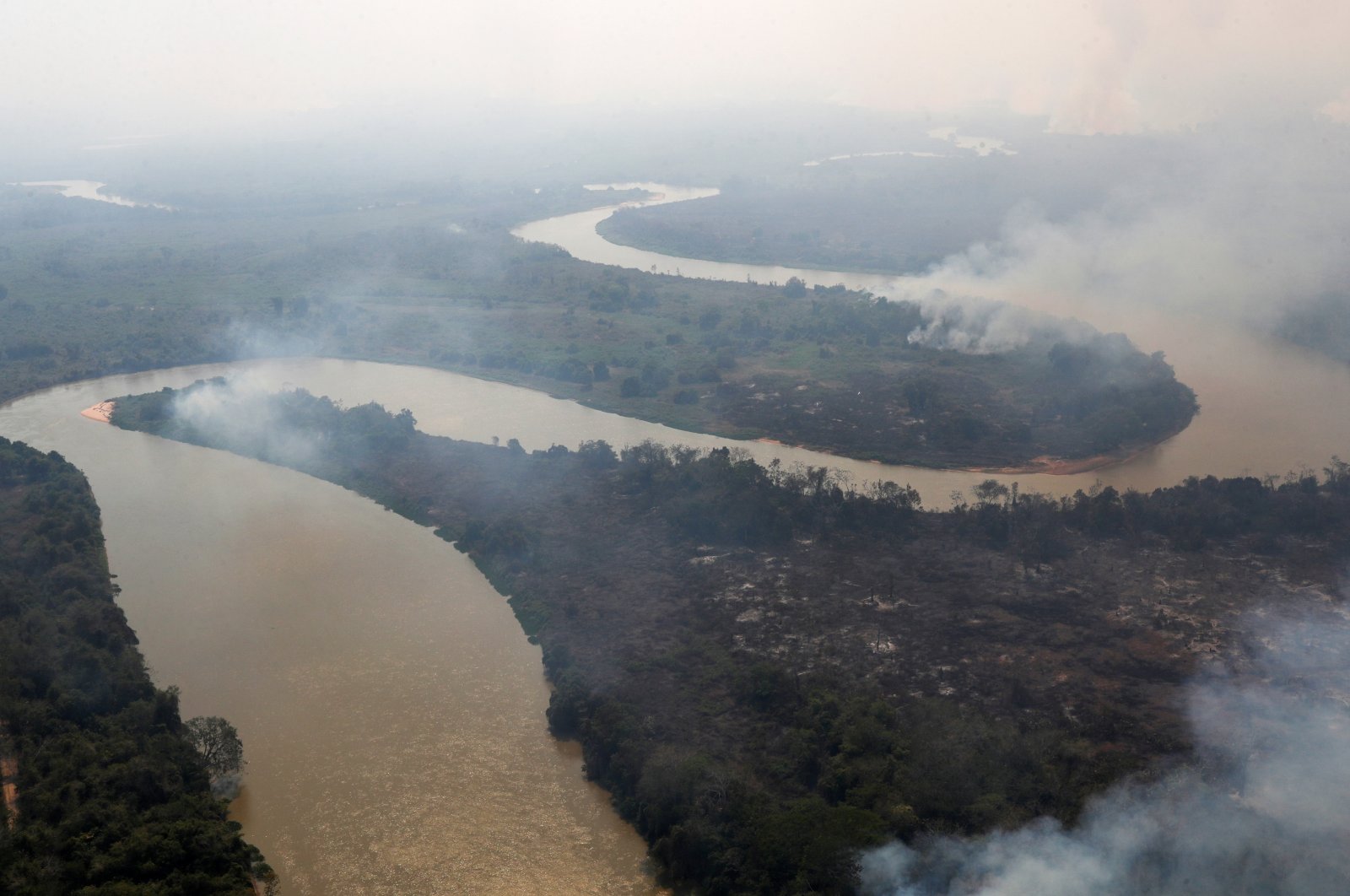 The world's largest wetland is ablaze, but the fire is often invisible.

In Brazil's Pantanal, the vegetation compacted under the marshy floodwater during the wet season dries out as ponds and lagoons evaporate, leaving flammable deposits underground that can continue to smolder long after visible flames die down.

Firefighters across Brazil are battling raging towers of flames from the Amazon rainforest to the Cerrado savannah, but the fires beneath their feet are a particular challenge in the Pantanal. The only way to combat underground fires is to dig a trench around it, said state firefighter Lieutenant Isaac Wihby.

The fires here are the worst in 15 years. The flames threaten the region's biodiversity, rich with tapirs, pumas, capybaras and the world's most dense population of jaguars.

The Pantanal, whose name derives from the Portuguese word for "swamp," sprawls over more than 150,000 square kilometers in Brazil and also extends into Bolivia and Paraguay.

As fires approached emergency workers in the Pantanal this week, they used tractors to cut through desiccated trees and shrubs, leaving a gash of brown dirt meant to rob the flames of fuel and stop their spread.

But strong winds can send the flames over the top, or underground fires can pass below.

"Sometimes it passes under a firebreak and takes the firefighters by surprise," said Lieutenant Jean Oliveira, who is leading the firefighting efforts.

"Sometimes you control a fire and it's not really dead, it's just sleeping," he said.

Hundreds of firefighters, environmental workers, park rangers and soldiers have worked 24 hours a day for weeks attempting to extinguish flames that have destroyed thousands of square kilometers of the Pantanal.

With temperatures soaring above 40 degrees Celsius (104 degrees Fahrenheit), one fire this week was unstoppable as strong winds pushed it across multiple firebreaks, burning through twisted branches and dry leaves through the day and into the night.

The region is a vast flood plain that normally fills with water during the rainy season, roughly from November to March. But the floods were lower than normal this year and a subsequent drought has left the area dangerously susceptible to fire.

The Pantanal so far this month recorded 4,677 "hot spots" in the worst rash of fires since August 2005, according to Brazil's space research agency, Inpe.

Silva was one of about 20 men battling the fire through the night, bathed in choking smoke and swarmed by gnats flushed out of the undergrowth by flames that encircled the firefighters on three sides. They warned to look out for poisonous snakes and jaguars fleeing the fire in the night.

Rains brought temporary relief to the southern half of the Pantanal last week, but fires again began to pick up this week. Next month could be even worse.

"It's our worst year here for fires. It's never been dry like this," Silva said.