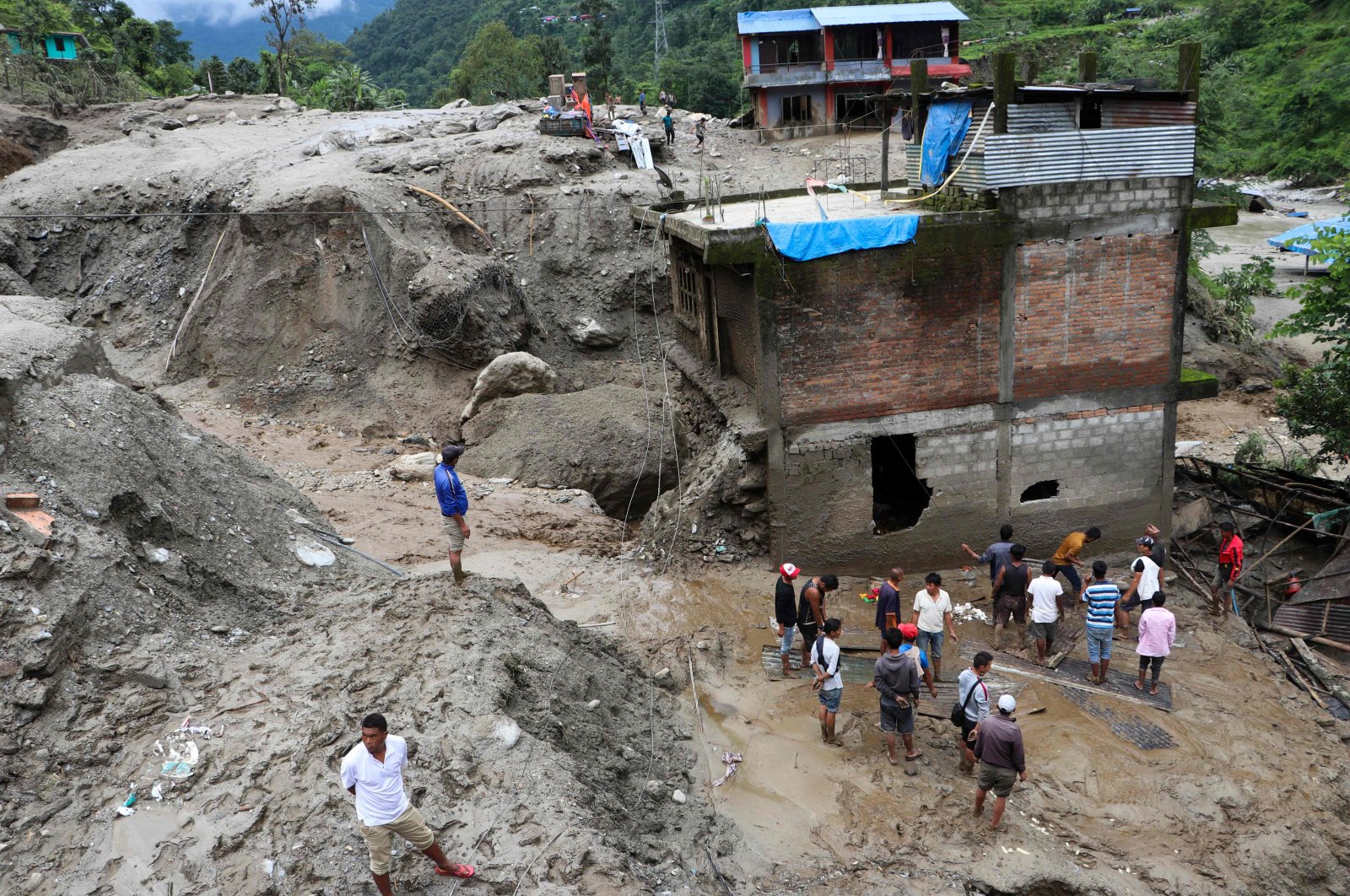 Residents and rescue workers inspect the area outside a house damaged by a landslide and the swell of the Thado-Koshi river due to heavy rains in Jambu village of Sindhupalchok district, some 80 kilometers northeast of Kathmandu, Nepal, July 9, 2020. (AFP Photo)
by ASSOCIATED PRESS Jul 10, 2020 12:13 pm

Pokhara, 200 kilometers (125 miles) east of the capital, Kathmandu, is popular among tourists and serves as a base for trekkers heading up to mountain trails.

Landslides are common in the Himalayan nation during the monsoon season that begins in June and lasts up to September.