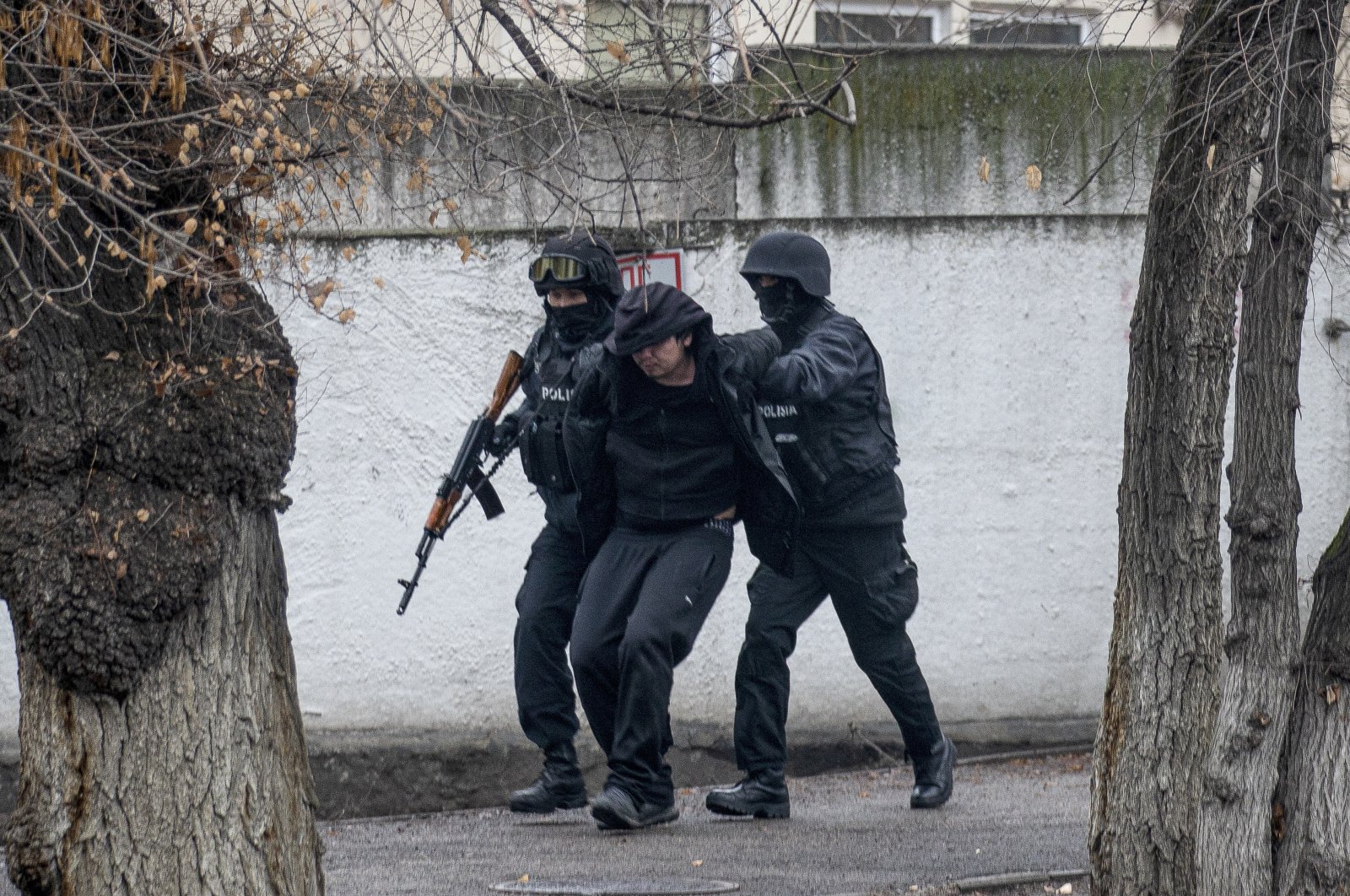 Violent riots this past week in Kazakhstan, Central Asia's largest country, have left more than 150 people dead while nearly almost 6,000 have been arrested, media reported Sunday citing the health ministry.

The energy-rich nation of 19 million people has been rocked by a week of upheaval, with a number of foreigners detained over the unrest.

At least 164 people were killed in the riots, including 103 in the largest city Almaty, which saw some of the fiercest clashes between protesters and security forces.

The new figures – which have not been independently verified – mark a drastic increase in the death toll.

Officials previously said 26 "armed criminals" had been killed and that 16 security officers had died.

In total, 5,800 people have been detained for questioning, the presidency said in a statement on Sunday.

The figures included "a substantial number of foreign nationals," it said, without elaborating.

"The situation has stabilized in all regions of the country," even if security forces were continuing "clean-up" operations, the statement added after President Kassym-Jomart Tokayev held a crisis meeting.

Fuel price rises sparked the unrest that broke out a week ago in the country's west but quickly spread to large cities, including the economic hub Almaty, where riots erupted and police opened fire using live rounds.

More than 100 businesses and banks were attacked and looted and more than 400 vehicles destroyed, the ministry reportedly said.

A relative calm appeared to have returned to Almaty, with police sometimes firing shots into the air to stop people approaching the city's central square, an Agence France-Presse (AFP) correspondent said.

Supermarkets were reopening on Sunday, media reported, amid fears of food shortages.

Kazakhstan said Saturday its former security chief had been arrested for suspected treason.

News of the detention of Karim Masimov, a former prime minister and longtime ally of Kazakhstan's ex-leader Nursultan Nazarbayev, came amid speculation of a power struggle in the ex-Soviet nation.

The domestic intelligence agency, the National Security Committee (KNB), announced Masimov had been detained on Thursday on suspicion of high treason.

The arrest came after protests turned into widespread violence, with government buildings in Almaty stormed and set ablaze.

Masimov, 56, was fired at the height of the unrest on Wednesday, when Tokayev also took over from Nazarbayev as head of the powerful security council.

Nazarbayev's spokesperson Aidos Ukibay on Sunday again denied rumors the ex-president had left the country and said he supported the president.

In a hardline address to the nation on Friday, Tokayev said 20,000 "armed bandits" had attacked Almaty and he authorized his forces to shoot to kill without warning.

Much of the public anger appeared directed at Nazarbayev, who is 81 and had ruled Kazakhstan since 1989 before handing over power.

Many protesters shouted "old man out!" in reference to Nazarbayev, and a statue of him was torn down in the southern city of Taldykorgan.

Critics accuse him and his family of staying in control behind the scenes and accumulating vast wealth at the expense of ordinary citizens.

The full picture of the chaos has often been unclear, with widespread disruptions to communications, including days-long internet shutdowns.

Flights into the country have been repeatedly canceled and Almaty's airport will remain closed "until the situation is stabilized," authorities said Sunday.

Pope Francis spoke of his "sorrow" and called for dialogue to achieve peace in his Angelus prayer on Sunday.

Tokayev has thanked the Moscow-led Collective Security Treaty Organisation (CSTO) for sending troops to help deal with the unrest.

The CSTO has been dispatching several thousand troops to Kazakhstan, including Russian paratroopers, who have secured strategic sites.

Tokayev says the deployment will be temporary, but U.S. Secretary of State Antony Blinken warned on Friday that Kazakhstan may have trouble getting them out.

"I think one lesson in recent history is that once Russians are in your house, it's sometimes very difficult to get them to leave," Blinken told reporters.

Tensions between Moscow and the West are at post-Cold War highs over fears of a Russian invasion of Ukraine, with talks between Russia and the U.S. to take place in Geneva on Monday, after a working dinner on Sunday evening.

Russia has ruled out any concessions at the talks.

"We will not agree to any concession. That is completely excluded," Deputy Foreign Minister Sergei Ryabkov said Sunday.