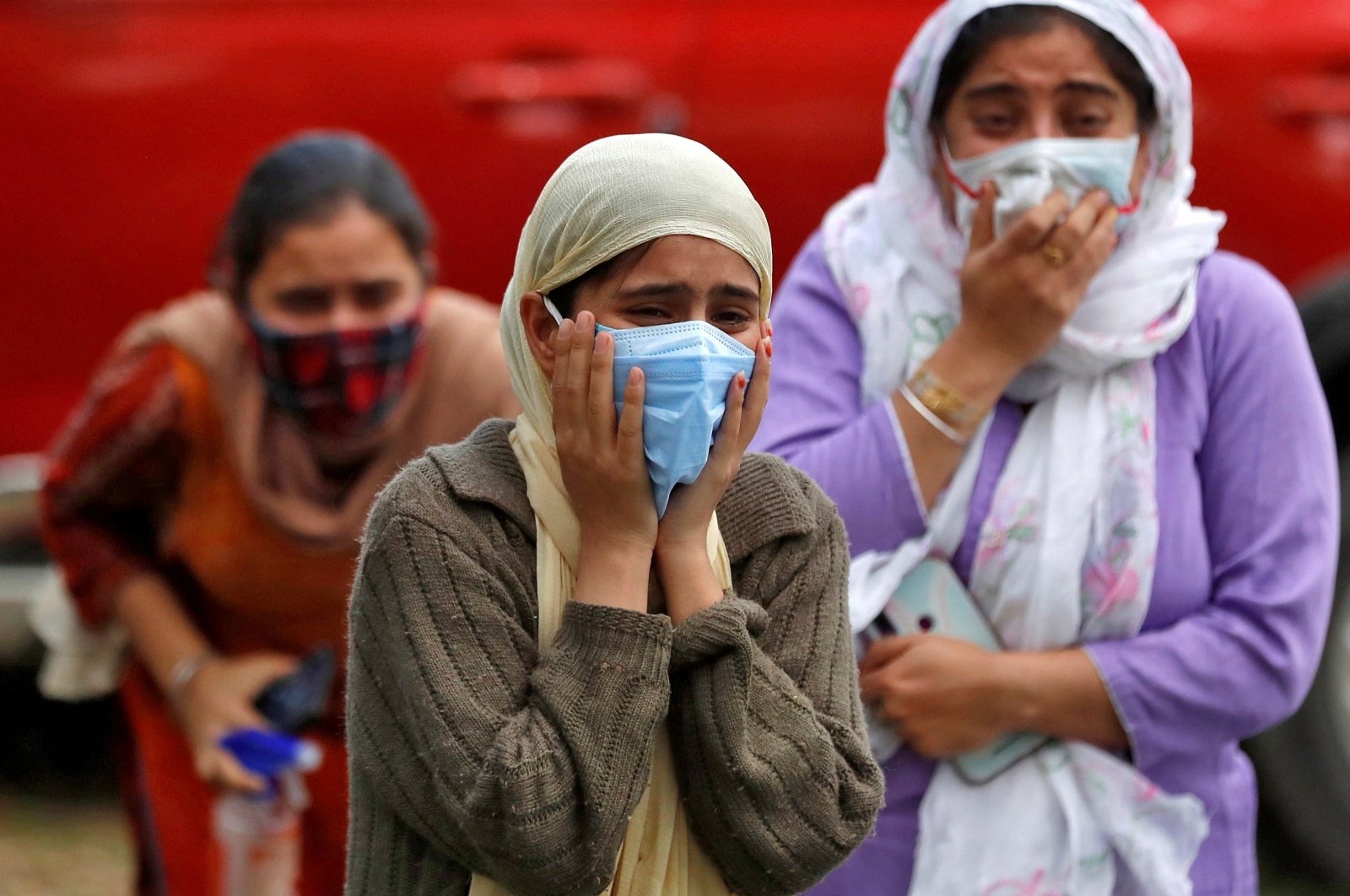 Relatives of a man who died from the coronavirus disease (COVID-19) mourn during his cremation at a crematorium ground in Srinagar, Indian-administered union territory of Jammu and Kashmir, May 25, 2021. (Reuters Photo)
by French Press Agency - AFP May 26, 2021 2:09 pm
RECOMMENDED

The coronavirus variant first detected in India has now been officially recorded in 53 territories, a World Health Organization (WHO) report showed Wednesday.

Additionally, the WHO has received information from unofficial sources that the B.1.617 variant has been found in seven other territories, figures in the United Nations health agency's weekly epidemiological update showed, taking the total to 60.

The report said B.1.617 had shown increased transmissibility, while disease severity and risk of infection are under investigation. Globally over the past week, the number of new cases and deaths continued to decrease, with around 4.1 million new cases and 84,000 new deaths reported – a 14% and 2% decrease respectively compared to the previous week. The WHO's European region reported the largest decline in new cases and deaths in the past seven days, followed by the Southeast Asia region.

The numbers of cases reported by the Americas, Eastern Mediterranean, Africa and the Western Pacific region were similar to those reported in the previous week. "Despite a declining global trend over the past four weeks, incidence of COVID-19 cases and deaths remain high, and substantial increases have been observed in many countries throughout the world," the document said.

The update gave information on the four mutations classed as variants of concern: those first reported in Britain (B.1.1.7), South Africa (B.1.351), Brazil (P.1) and India (B.1.617). When counting up the total number of territories reporting each variant, the WHO added together those from which it had official and unofficial information. B.1.1.7 has now been reported in 149 territories, B.1.351 in 102 territories and P.1 in 59 territories.

Together, lineages of the B.1.617 variant were officially recorded in 53 territories and unofficially in another seven. The update also listed six variants of interest that are being monitored. One was first discovered in multiple countries, two of them were first found in the United States, while the three others were first discovered in Brazil, the Philippines and France.

"Virus evolution is expected, and the more SARS-CoV-2 circulates, the more opportunities it has to evolve," the report said. "Reducing transmission through established and proven disease-control methods ... are crucial aspects of the global strategy to reduce the occurrence of mutations that have negative public health implications."