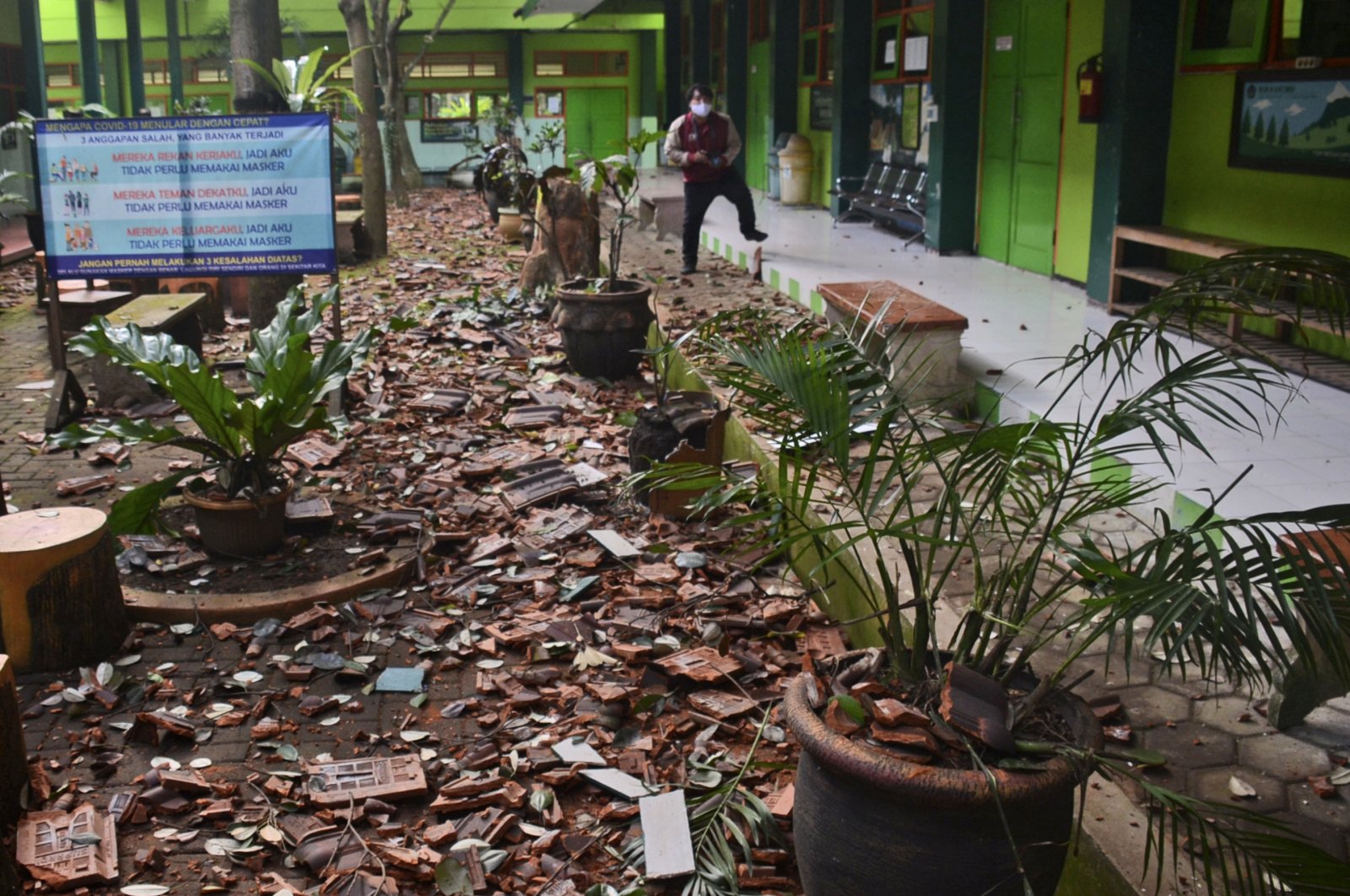 Pieces of roof tiles and other debris litter the ground at a school following an earthquake in Malang, East Java, Indonesia, Saturday, April 10, 2021. (AP Photo)
by Reuters Apr 10, 2021 2:27 pm
RECOMMENDED

At least six people were killed and buildings were damaged in several cities after a magnitude 5.9 earthquake off Indonesia's Java Island Saturday, media reports said.

The quake was felt in cities and towns across East Java, home to 40.7 million people, and nearby provinces, including the resort island of Bali, Indonesian media reported.

"The agency has recorded six dead and one person who sustained serious injuries," said National Disaster Mitigation Agency spokesman Raditya Jati, adding that several villages in the region had been evacuated.

It was not clear if the death toll would rise, but the agency did not report anyone missing after the strong quake.

There had been aftershocks but there was no risk of a tsunami, Indonesia's Meteorology, Climatology and Geophysical Agency (BMKG) stated.

Reports of damage included parliamentary buildings, a school, a hospital and houses in several cities, while a large gorilla statue in an amusement park in the town of Batu lost its head.

The national disaster agency said authorities were still taking stock of the damage.

The quake struck in the Indian Ocean 91 km (57 miles) off the southern coast of East Java. It had a magnitude of 5.9 at a depth of 96 km, the European-Mediterranean Seismological Centre said, after initially saying the magnitude was 6.8.

Video shared by social media users showed people running out of a shopping mall in Malang city amid the strong tremor.

"I felt the earthquake twice, the first time for two seconds and then it stopped, but then it shook again for five seconds," Edo Afizal, a receptionist at a hotel in Blitar, told Reuters by phone.

Straddling the so-called Pacific Ring of Fire, Indonesia is regularly hit by earthquakes. A magnitude 6.2 quake that struck Sulawesi island in January killed more than 100 people.