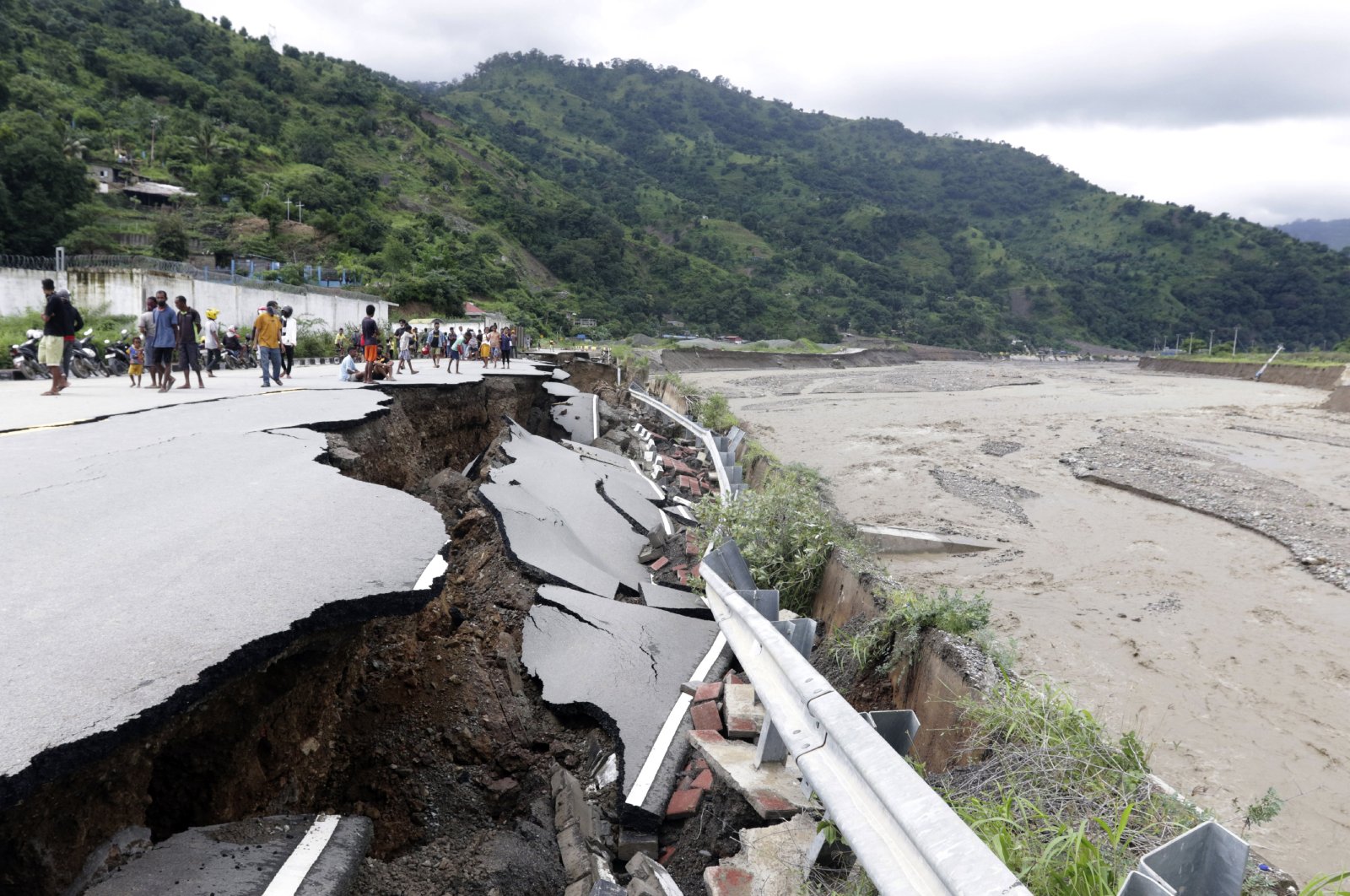 Torrential rains from the tropical cyclone Seroja turned small communities into wastelands of mud, uprooted trees and sent around 10,000 people fleeing to shelters across the neighboring Southeast Asian nations.

Indonesia's National Disaster Mitigation Agency said it had recorded 86 deaths in a cluster of remote islands near East Timor, where another 34 have been officially listed as dead. The death toll in Indonesia was previously reported to be at 130, which the agency revised down to 86, citing miscommunication with local agencies.

Search and rescue teams in Indonesia were racing to find more than 100 people still missing as hundreds of police, soldiers and residents dug through the debris with their bare hands, shovels and hoes searching for those buried, while heavy rain continued to hinder the efforts.

At least 8,424 people were displaced, nearly 2,000 buildings including a hospital impacted and more than 100 homes heavily damaged by the cyclone, which had moved over the Indian Ocean by Tuesday morning, headed toward northern Australia, reported Reuters.

Weather agency head Dwikorita Karnawati said once-rare tropical cyclones were happening more often in Indonesia and climate change could be to blame. "Seroja is the first time we're seeing tremendous impact because it hit the land. It's not common," she told a news conference.

The storm swept buildings in some villages down a mountainside and to the shore of the ocean on Lembata island. Some residents of the island may have been washed away by mud into the sea. The deputy head of the district hoped help was on the way.

"We were only able to search on the seashore, not in the deeper area, because of lack of equipment yesterday," Thomas Ola Langoday, the area's deputy mayor, told Reuters over the phone.

Lembata had also experienced a volcano eruption last month, wiping out vegetation atop the mountain, which allowed hardened lava to slide toward 300 houses when the cyclone struck, he said. Langoday feared many bodies were still buried under large rocks.

Authorities said they were scrambling to shelter evacuees while trying to prevent any spread of COVID-19. "These evacuees fled here with just wet clothes on their backs and nothing else," Longaday told Agence France-Presse (AFP). "They need blankets, pillows, mattresses and tents."

The region was bracing for its meager health facilities to be overwhelmed as the number of injured soared. "We don't have enough anesthesiologists and surgeons, but we've been promised that help will come," Longaday said. "Many survivors have broken bones because they were hit by rocks, logs and debris."

President Joko Widodo held a Cabinet meeting on Tuesday to speed up evacuation and relief efforts and the restoration of power. "If we cannot reach there by road, I ask that we swiftly open the access by sea as well as by air," the president said, adding that extreme weather had hampered aid distribution.

Nearby in East Flores municipality, torrents of mud washed over homes, bridges and roads. Earlier images from Indonesia's search and rescue agency showed workers digging up mud-covered corpses before placing them in body bags.

"We could still see extreme weather (from the cyclone) for the next few days," said national disaster agency spokesperson Raditya Jati. Authorities were still working to evacuate remote communities and provide shelter to those hit by the storm, he added.

The disaster agency has estimated that 125 million Indonesians, nearly half of the country's population, live in areas at risk of landslides.

The disasters are often caused by deforestation, according to environmentalists.