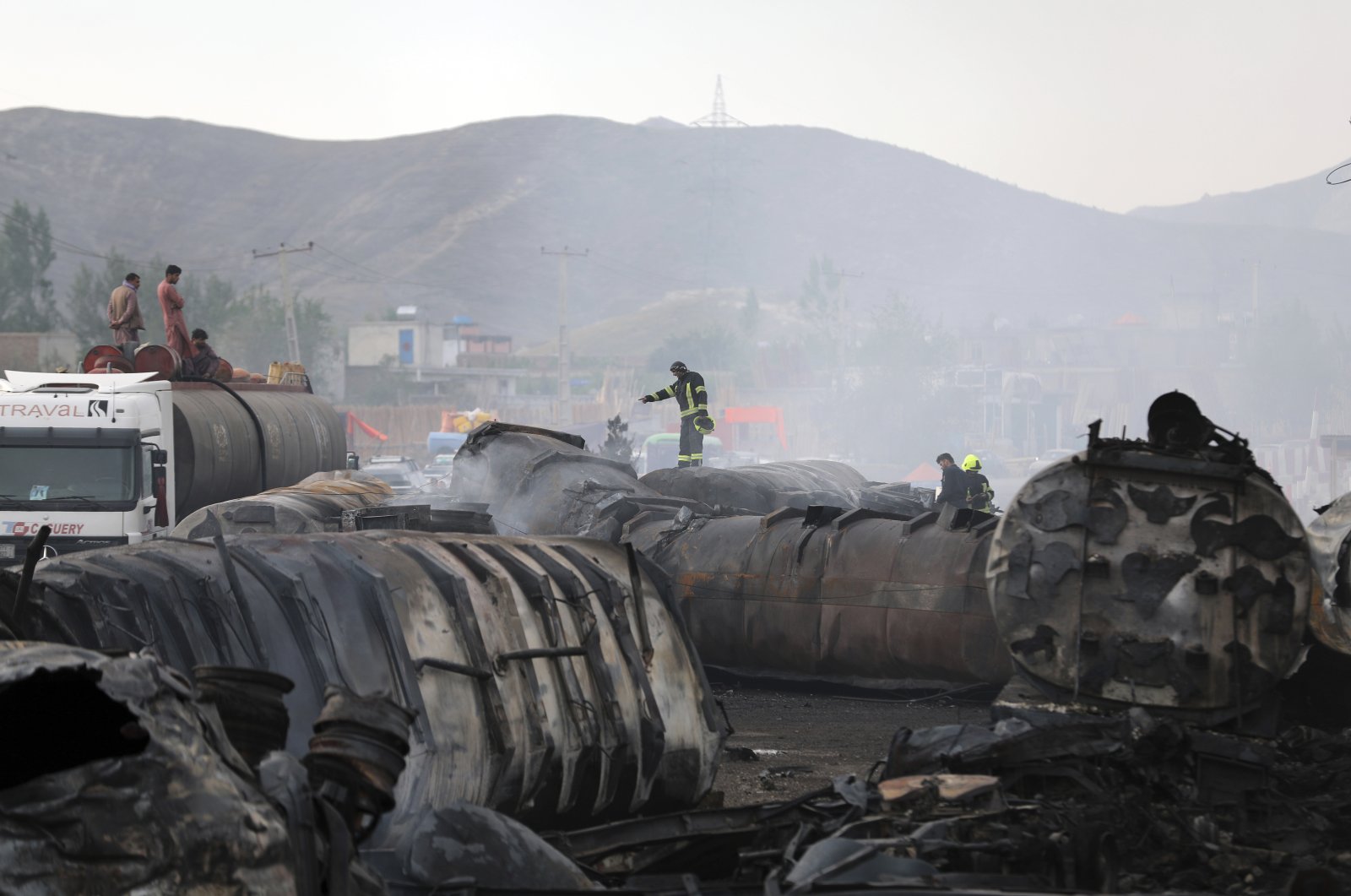 Firefighters work to extinguish a burning fuel tanker in Kabul, Afghanistan, Sunday, May 2, 2021. (AP Photo)
by Associated Press May 02, 2021 9:16 am
RECOMMENDED

At least seven people were killed and 14 others injured in Afghanistan after a fire ripped through several fuel tankers in northern Kabul.

It was not immediately known if the fire was accidental or intentional coming on the official start of the final withdrawal of United States and NATO troops, ending the U.S.’s ever longest war. The Interior Ministry said Sunday the incident is under investigation.

All 2,500-3,500 American soldiers and about 7,000 NATO allied forces will be out of Afghanistan at the latest by Sept. 11, the 20th anniversary of the terrorist attacks in the U.S. that first brought them into the country.

Several homes in the area were also damaged and some destroyed. Electricity lines were downed, leaving much of the capital, which often has only sporadic power, completely without electricity.

The fire came soon after the majority Muslim nation, marking the holy month of Ramadan when the faithful fast from sunrise to sunset, had ended their daylong fast.

One of the drivers, Haji Mir, said the explosion was deafening as trucks were lined up entering the city.

“The first explosion sounded like a mine explosion," he said. “There were flames shooting from one truck and then a second truck exploded, and a third.” He estimated that as many as 100 tucks may have burned.

Dozens of tankers were moving slowly into the capital at the time of the blaze. They had been waiting until after 9 p.m. when fuel tankers and other large trucks are allowed to enter the city.

Obaidullah, a resident in the area, said the fireballs were enormous. His family and neighbors ran into their yards.

“Fire lit up the sky,” he said. Drivers were screaming for help as flames leapt from vehicle to vehicle and even set ablaze a fuel station. “Drivers were yelling that their co-drivers were stuck and were burning."

Afghanistan's firefighters arrived but their capacity is limited and it took hours to bring the fire under control. On Sunday morning, flames still leapt from the smoldering ruins.