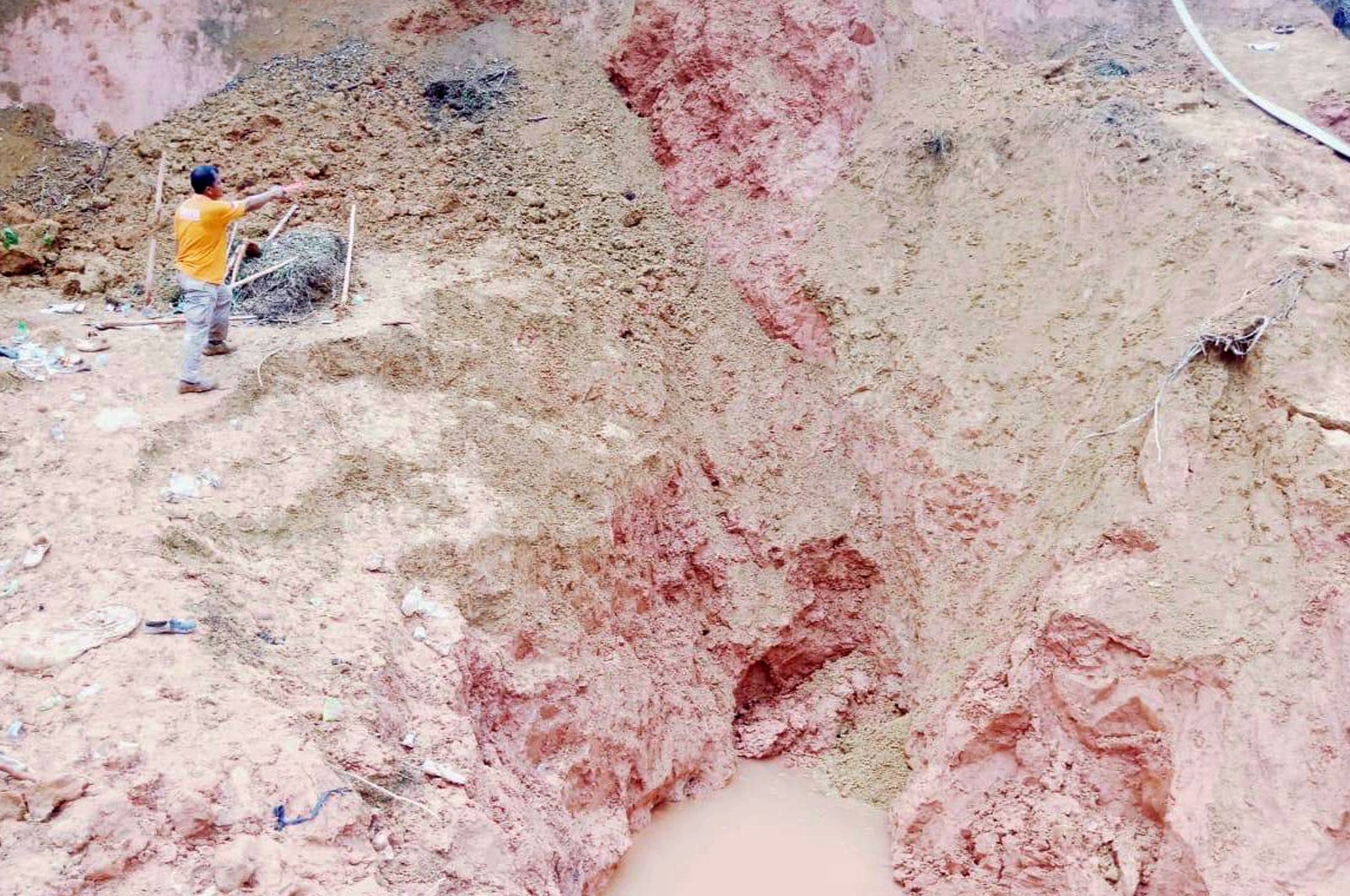 This handout photo taken and received on April 19, 2020 from the West Sumatra police department shows a man gesturing at the site where nine people died after a landslide hit an illegal gold mine in Solok, West Sumatra. (AFP Photo/West Sumatra Police)
by French Press Agency - AFP Apr 19, 2020 10:10 am

Nine people were killed by a landslide at an illegal gold mine in Sumatra, an Indonesian official said Sunday.

The accident happened Saturday in South Solok in West Sumatra province when a group of 12 people was digging for gold at an abandoned mine.

The area has several abandoned mines from the colonial era.

"Eight men and one woman went in to dig and were buried by a landslide. We evacuated their bodies early this morning," district spokesman Firdaus Firman told Agence France-Presse (AFP).

Three people keeping watch reported the accident to local officials when the group failed to emerge from the mine.

The victims were local farmers digging for gold without proper equipment or protective gear.

The location and the rainy weather also hampered rescue efforts.

"All victims are accounted for and there's no more missing," Firman said, adding that police and the local disaster agency are investigating.

Illegal and unlicensed mines are prevalent across mineral-rich Indonesia and the scenes of frequent accidents.

In early 2019 at least 16 people were buried alive when a mine collapsed in the Bolaang Mongondow region of North Sulawesi, where five miners were killed a few months earlier in a similar accident.