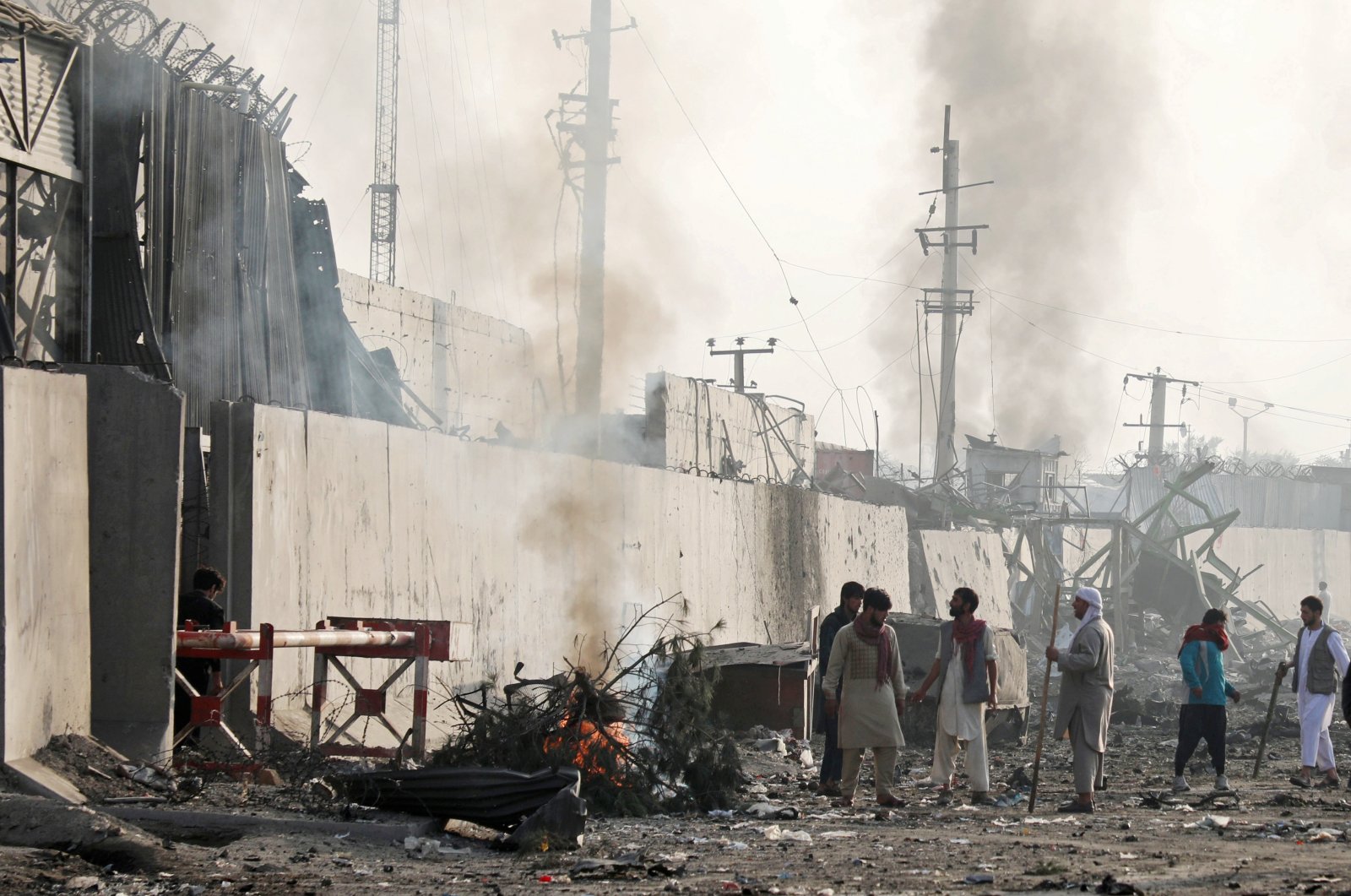 The number of civilians killed and wounded in violence across war-weary Afghanistan fell by 15% last year compared to 2019, according to a United Nations report released Tuesday.

The U.N. Assistance Mission in Afghanistan (UNAMA) and the U.N. Human Rights Office (OHCHR) attributed the drop in civilian casualties in part to an apparent tactical change by insurgents to targeted killings, fewer suicide bombings and a stark drop in casualties attributed to international military forces.

Still, Afghanistan remains among the deadliest places in the world to be a civilian. A distressing feature of the conflict remains the disproportionate impact on Afghan women and children, who make up 43% of all casualties.

The attacks targeting civilians include assaults on members of the judiciary, media and activists. Also targeted have been religious minorities, especially the Shiite Muslim population, most of whom also belong to the Hazara ethnic group, and the Sikh population.

Afghanistan has seen a nationwide spike in bombings, targeted killings and violence on the battlefield as peace negotiations in Qatar between the Taliban and the Afghan government have stalled. It’s been over a month since the sides last met to discuss how to proceed.

Meanwhile, President Joe Biden’s administration is reviewing the U.S.-Taliban peace deal that was signed Feb. 29 last year. As part of it, Washington committed to a May 1 withdrawal of all foreign troops from Afghanistan.

Afghanistan peace negotiations between representatives of the Afghan government and the Taliban in Qatar began on Sept. 12 but have failed to alleviate the scale of civilian harm — a key indicator of violence levels. Instead, there was an escalation of violence in the fourth quarter of the year.

For the first time since it began systematic documentation in 2009, UNAMA tallied an increase civilian casualties recorded in the fourth quarter compared with the third quarter. In addition, this period marked a 45% increase in civilian casualties compared to the same three months in 2019, especially from the use of improvised explosive devices and targeted killings.

Alongside the overall increase in violence as the year ended, the population was confronted with a spate of targeted killings, referred to by many as “assassinations,” of civilians, including media, civil society activists, members of the judiciary and the civilian government administration, as well as civilian family members of combatants.

“2020 could have been the year of peace in Afghanistan. Instead, thousands of Afghan civilians perished due to the conflict,” said Deborah Lyons, the U.N.’s special representative of the secretary-general for Afghanistan. “This important report has the overriding objective of providing the parties responsible with the facts, and recommendations, so they take immediate and concrete steps to protect civilians. I urge them not to squander a single day in taking the urgent steps to avoid more suffering,” she added, according to a release in quotes carried by The Associated Press (AP).

Pro-government forces caused a quarter of all civilian casualties, totaling 2,231, the report said. That includes 841 killed and 1,390 wounded, a decrease of 24% from 2019, with the Afghan national security forces causing most of these — 22% of the total.

“Ultimately, the best way to protect civilians is to establish a humanitarian ceasefire,” said Lyons, who is also head of UNAMA. “Parties refusing to consider a ceasefire must recognize the devastating consequences of such a posture on the lives of Afghan civilians.”

The war-weary nation which is reels from near-daily attacks by insurgents launched its first COVID-19 vaccinations Tuesday, administering doses initially to security force members, health workers and journalists, in a campaign that may face challenges from a sharp rise in violence. Afghanistan received 500,000 doses of AstraZeneca's vaccine from the Serum Institute of India (SII), which is producing the vaccine for mid- and low-income countries, earlier this month.

Taliban insurgents fighting the Afghan government have announced their backing for the vaccination campaign. However, the inoculations will take place amid relentless violence

Afghan health officials have said that the international COVAX program, which is aimed at improving access to the COVID-19 vaccine for developing countries, would provide vaccines to cover 20% of the country's 38 million population, as Reuters reported.

President Ashraf Ghani, one of several Afghan leaders who witnessed the first injections, said the pandemic is still a serious problem for the country and called on health workers to vaccinate people in a fair and transparent manner. He added efforts are underway to cover 40% of the population in a second round.

Afghanistan has registered 55,646 infections and 2,435 deaths. But experts say cases are significantly under-reported due to low testing and limited access to medical facilities in the war-torn country.