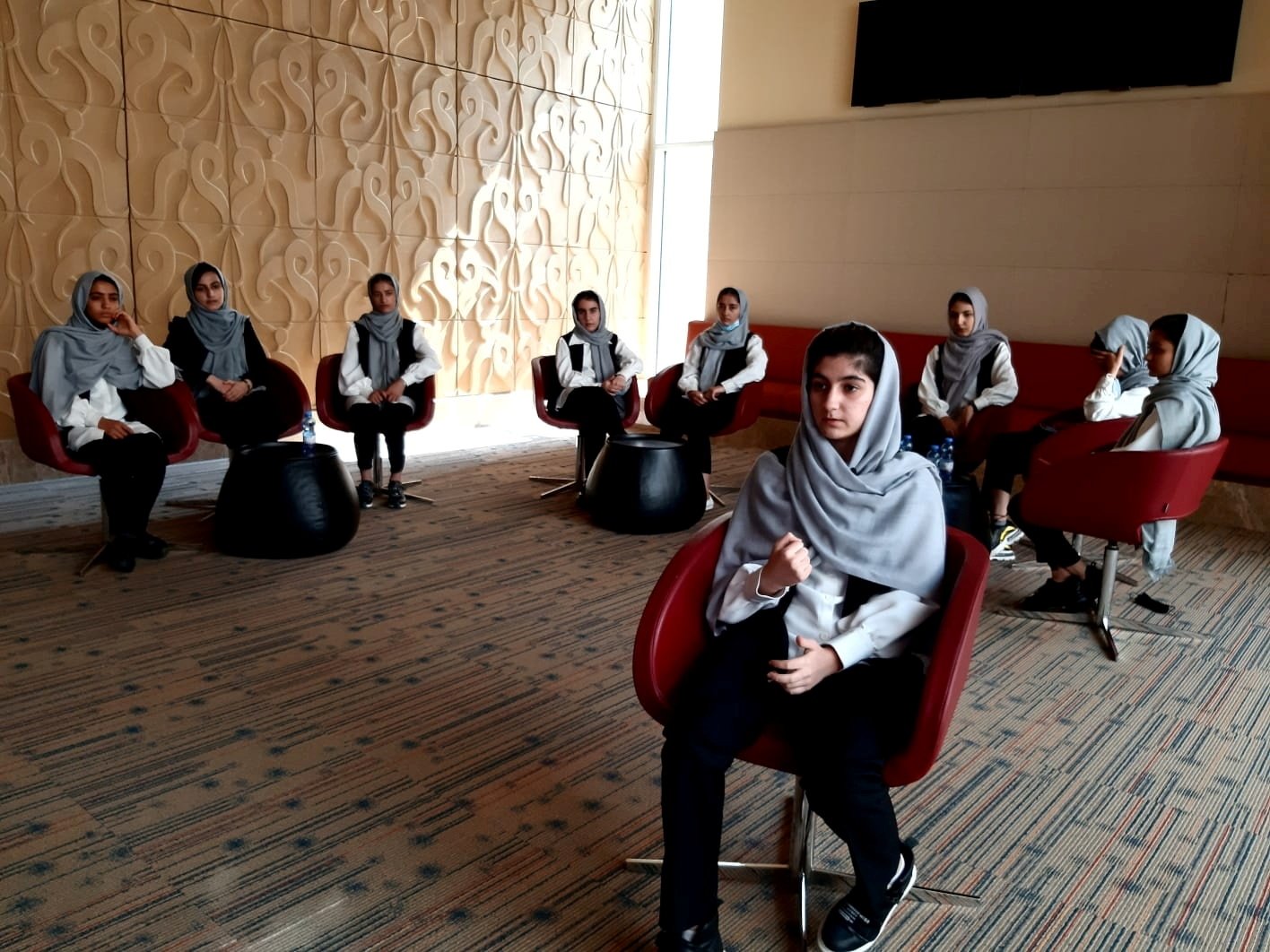 Qatar has awarded academic scholarships to the members of the girls' robotics team from Afghanistan dubbed the "Afghan Dreamers," the Gulf nation's education and science foundation said Tuesday.

Qatar has been instrumental in efforts to evacuate at-risk Afghans and foreigners from Kabul airport, including members of the team who are being housed in Doha's Education City campus of schools and universities.

"They will receive scholarships that enable them to keep pursuing their studies through a partnership between Qatar Foundation (QF) and Qatar Fund For Development," QF said in a statement.

The team of high-achieving high school girls has about 20 members, mostly still in their teens, and are now dotted around the world with some in Qatar as well as Mexico.

The girls made headlines in 2017 after being denied visas to take part in a robotics competition in Washington – before then-President Donald Trump intervened and they were allowed to travel.

Last year, they worked to build a low-cost medical ventilator from car parts hoping to boost hospital equipment during the coronavirus pandemic.

"These talented, creative students have been living through a time of uncertainty and upheaval, and at Qatar Foundation we want to do whatever we can," said Sheikha Hind bint Hamad Al Thani, vice chairperson and chief executive of the QF.

"By providing them with scholarships to study at Education City, their education can now continue uninterrupted."

The girls' needs were being assessed to determine which schools or pre-university programs they should be placed in, she added.

The Taliban's seizure of power a little over one week ago has furled a chaotic mass exodus as many Afghans fear a repeat of the perverted interpretation of Islamic law implemented during the militants' 1996-2001 rule.

U.S. Secretary of State Antony Blinken met with several members of the team on Tuesday during a whirlwind tour of the emirate.

"You're famous around the world and a source of inspiration," he told them. "The story you've already told about the importance about women engaging in science ... sends an important message around the world, well beyond Afghanistan."

Roya Mahboob, the founder of the Digital Citizen Fund, the parent organization of the team, said the girls were "excited and grateful for this opportunity to study abroad."

She also questioned Blinken on what the future would hold for Afghan women.

Several other members of the robotics team, none of whom were identified for security reasons, have relocated to Mexico.