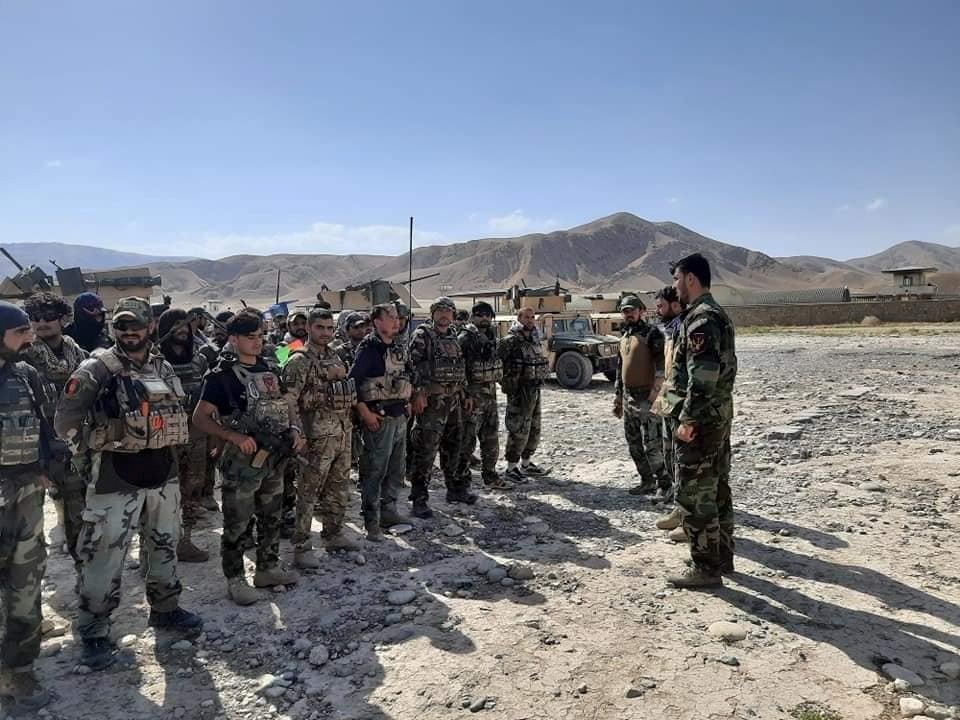 More than 1,000 Afghan troops fled into neighboring Tajikistan on Monday “to save their lives” after clashes with the Taliban.

The Taliban have launched several major offensives in northern Afghanistan in recent weeks as U.S. and international troops withdraw from the country. One of those offensives saw the Taliban seize the country's main crossing into Tajikistan last month.

On Monday, Tajikistan's national security committee said that 1,037 Afghan government troops had fled into the ex-Soviet country "in order to save their lives" after clashes with the Taliban during the night.

"Taking into account the principle of good neighborliness and adhering to the position of non-interference in the internal affairs of Afghanistan, the military personnel of the Afghan government forces were allowed to enter Tajik territory," the committee said in a statement distributed by Tajikistan's state information agency Khovar.

It said the Taliban had taken "full control" of six districts of the Badakhshan province bordering Tajikistan in Afghanistan's northeast.

Several hundred Afghan troops had already crossed into Tajikistan after the Taliban unleashed its onslaught in early May.

The Taliban have seized dozens of Afghanistan's districts, raising fears that that the Afghan military will collapse once U.S. and international troops complete their withdrawal from the country in September.

Since the announcement of an exit date of September 11, 2021 for American troops by U.S. President Joe Biden, Afghanistan has been witnessing a spike in deadly Taliban assaults across the country, leading to mounting casualties on all sides.

The Taliban on Saturday claimed to have captured five more districts in northern Afghanistan, while Afghan forces said they had killed 228 insurgents in the past 24 hours. The Taliban said in a statement that their insurgents had captured the districts of Warduj, Tashkaan, Tagab, Yaftal Payen and Kishm in Badakhshan province bordering Tajikistan.