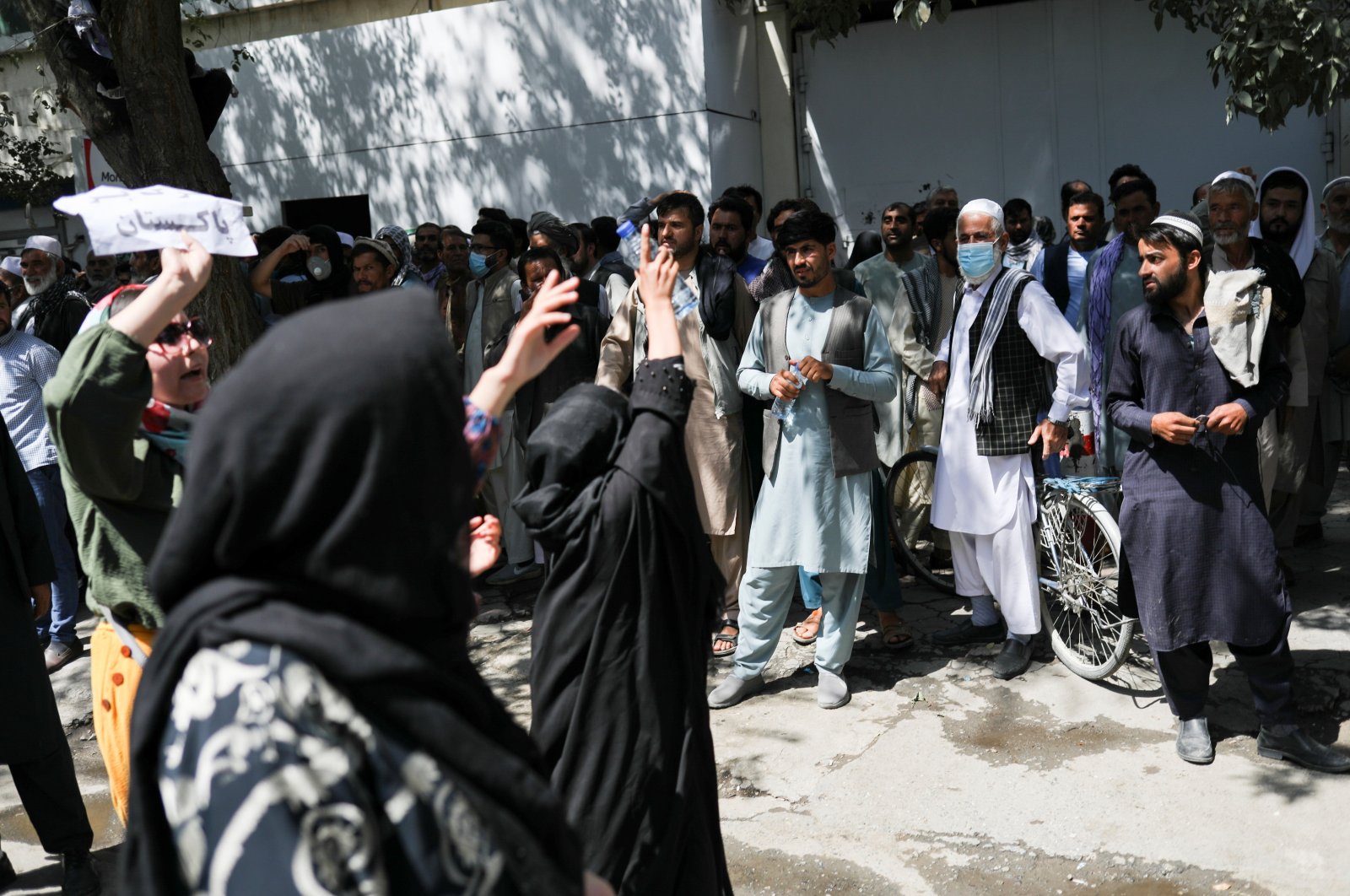 Protesters took to the streets of Afghanistan for the third day in a row Wednesday morning, despite the Taliban's attempts to intimidate those opposing its rule.

A group of Afghan women set out from a Hazara-dominated area of western Kabul early in the day to protest the make-up of the new government, according to videos shared on social media.

The footage shows the protesters chanting "a Cabinet without women fails" as they marched through the city. Others carried signs reading "work, education and freedom."

The Taliban announced their caretaker government Tuesday without a single woman on the list. Also absent was a single member of the Hazara ethnic group, Afghanistan's third-largest, and one persecuted by the Taliban during its rule in the late 1990s.

Protests taking place in Kabul are in its third day. Some of the demonstrations have so far been directed against alleged interference by Pakistan in Afghanistan, some have called for more women's rights or criticized the Taliban for capturing the Panjshir province Monday.

Major local media outlets have stopped reporting on street protests since the Taliban briefly detained a group of journalists covering a demonstration against Pakistani interference in Afghanistan in Kabul on Tuesday.

The militants have physically abused at least two Afghan journalists with a popular local newspaper in Kabul for covering protests in the city. A total of five journalists of the paper were briefly detained.

"Signs of dozens of cables and whips are on the face and head of the two colleagues of Etilaatroz. We brought them to (the) office weak and in a state of lethargy," Zaki Daryabi, the publisher of Etilaatroz, an investigative online and print newspaper, wrote on Twitter.

Photos and videos shared by Daryabi show how two of the journalists can hardly walk or speak after their release. Another picture shows a heavily bruised backside.

In the meantime, a foreign journalist for the Los Angeles Times, Nabih Bulos, claimed on Twitter that the Taliban pushed him and his photographer around and tried to make the photographer delete footage while covering a protest.

"As foreign journos, we were able to stay out of the Taliban station," Nabih wrote hours later. "Local journos face a different level of danger in," he added.

Another video released from the Wednesday morning protest shows a Taliban fighter beating women with lashes. But the protesters continue to chant "freedom, freedom."

The militants also violently put down protests in several other Afghan cities Tuesday, including in Herat, Ghazni and Faizabad city of Badakhshan.

At least two protesters were killed and seven others wounded in western Herat province after the Taliban opened fire to disperse the protesters, Herat resident Najibullah Sahi told the Deutsche Presse-Agentur (dpa). A number of protesters were arrested in Ghazni, a former local official confirmed.

Taliban spokesperson Suhail Shaheen told reporters in a WhatsApp group Wednesday that those who are intending to stage peaceful demonstrations can do so after obtaining permission from the authorities. Shaheen claimed that protesters are using abusive language against their leaders in order to provoke acts "to flare up tussles."