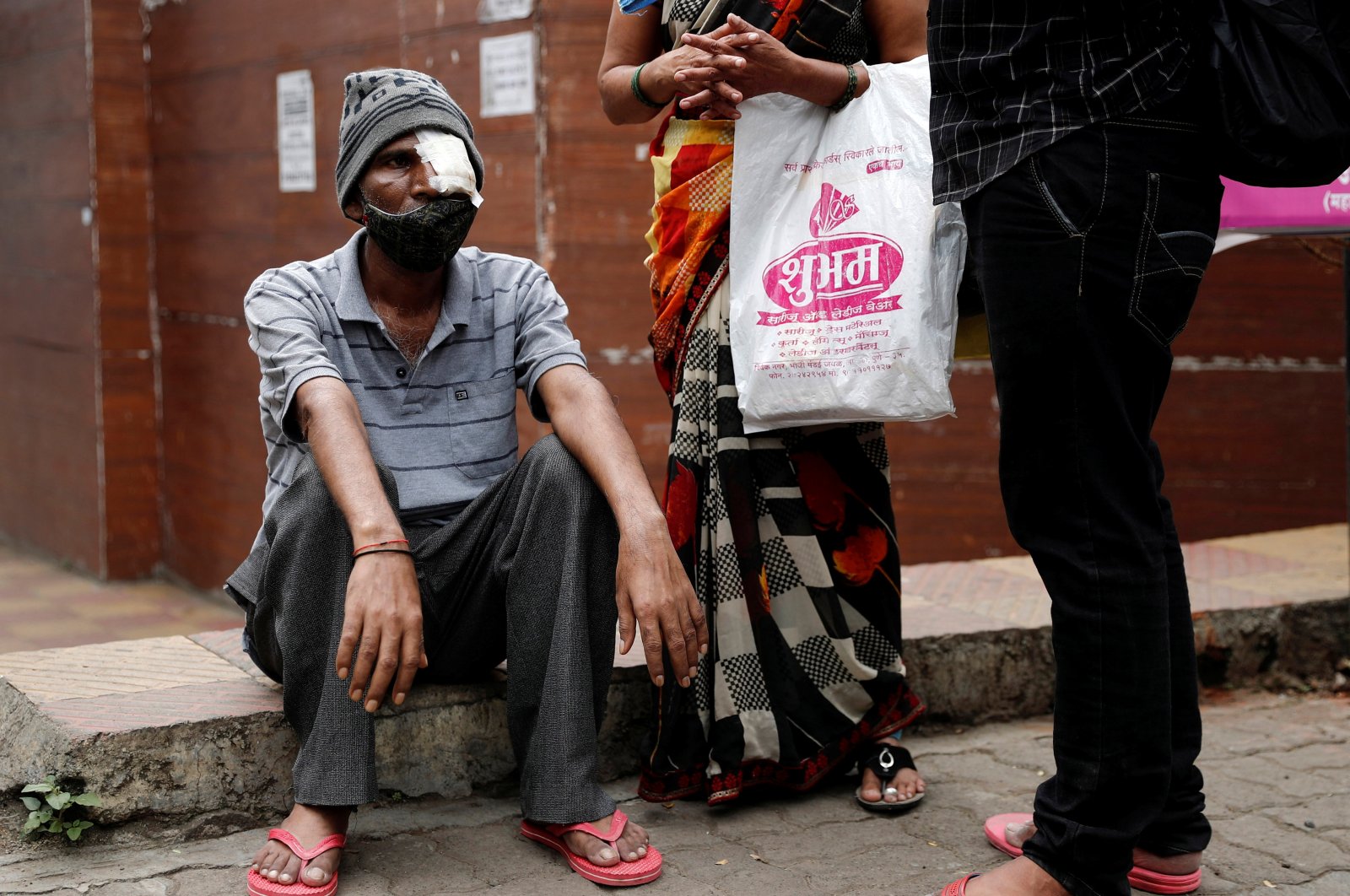 Shivaji Veer (L), 51, a school bus driver, accompanied by his wife Vimal Veer 46, waits to board a taxi to go home after a follow-up consultation at a hospital after losing his eye due to Mucormycosis, also known as black fungus, in Pune, India, July 1, 2021. (Reuters Photo)
by Anadolu Agency
Jul 03, 2021 12:22 pm

Afghan health authorities on Saturday warned of surging cases of mucormycosis, also known as "black fungus," among coronavirus patients as the war-ravaged country grapples with a shortage of vaccines and medical oxygen.

Health Minister Waheed Majorh said that health professionals had identified at least three confirmed cases of the fungal infection caused by exposure to mucor mold, commonly found in soil, plants, manure, and decaying fruits and vegetables. The condition mainly affects people who have a weak immune system causing loss of eyesight, removal of the nose and jaw bone.

Underlining that officials were using all available means to procure and purchase vaccines, Majorh said that low output of jabs and little competition among producers has made it difficult for Afghanistan to procure vaccines in the open market.

"We are faced with the third wave of the pandemic, and as neighboring Iran is facing the fifth wave and Pakistan is faced with the fourth wave, we are going to face another catastrophic wave soon," he warned.

"The raging war is on one side and the pandemic on the other side. For God's sake, avoid gatherings and obey safety measures," he urged Afghans.

According to the Ministry of Public Health, over 500 people died due to the pandemic in the past week alone.

According to official figures, more than 1 million doses of COVID-19 vaccines have already been administered in the country.

Half of these, an estimated 500,000 doses, were gifted to Afghanistan by India, while another 486,000 doses came through COVAX, a global vaccine-sharing facility.

In February, Afghanistan began the rollout of the Indian-made COVID-19 vaccine. The country is calling for more international support to vaccinate at least 20% of the estimated population of 38 million this year and 60% by the end of 2022.