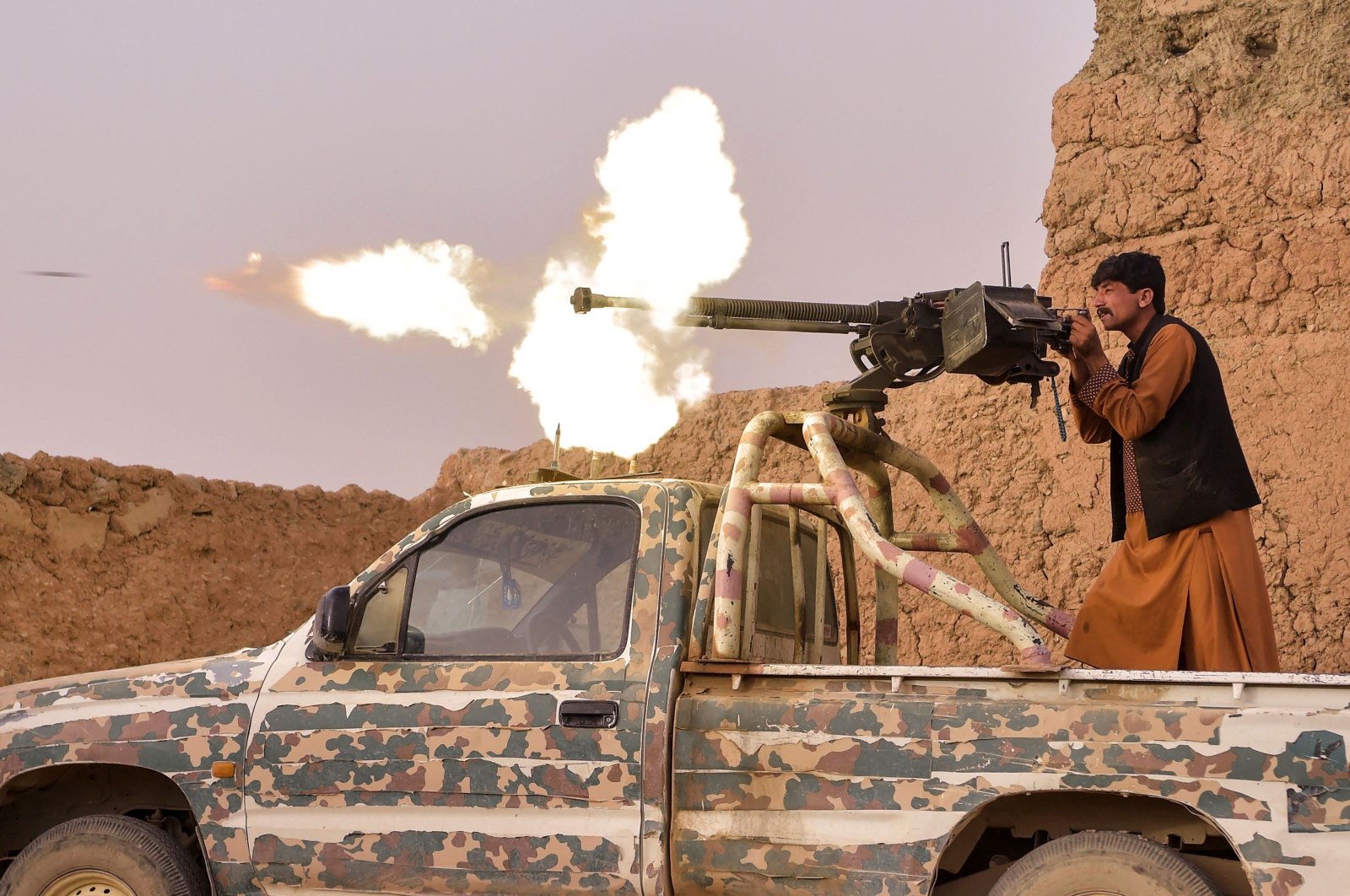 A member of the anti-Taliban "Sangorians" militia fires a heavy machine gun during an ongoing fight with Taliban insurgents in the village of Mukhtar, an outpost on the outskirts of Lashkar Gah in Helmand Province, Afghanistan, March 28, 2021. (AFP Photo)
by Anadolu Agency Jun 18, 2021 3:18 pm
RECOMMENDED

Afghanistan's military has rescued around 200 security personnel that for days were under Taliban siege in Herat province near the border with Iran, officials said.

Jailani Farhad, a spokesperson for the Herat governor, said all besieged security forces from the restive Oba district had been rescued via air support and taken to a health center.

For days, friends and relatives of these forces held a series of demonstrations in front of the governor's office, demanding their safe return amid mounting Taliban assaults cutting off supplies.

According to Zia-ul-Haq Nouri, the district chief, at least 49 security personnel out of 120 were wounded in the Taliban attacks. He told Anadolu Agency (AA) that a number of these wounded soldiers were in critical condition due to a lack of medicine and treatment.

The Taliban, in contrast, claimed to have taken over the district. According to the local Killid Radio, out of 387 districts and 34 provincial capitals, the centers of at least 30 districts have fallen to the Taliban over the last two months.

Meanwhile, the Afghan Defense Ministry claimed to have inflicted a heavy death toll on the insurgents. In a statement, the ministry said 258 Taliban were killed in the ongoing clean-up operations in 13 provinces of the country, while 76 land mines planted by the insurgents were defused in the past 24 hours.

Since the announcement of an exit date of September 2021 for American troops by U.S. President Joe Biden, Afghanistan has been witnessing a spike in deadly Taliban assaults across the country, leading to mounting casualties on all sides.