Afghanistan runs out of COVID-19 vaccines as infections surge 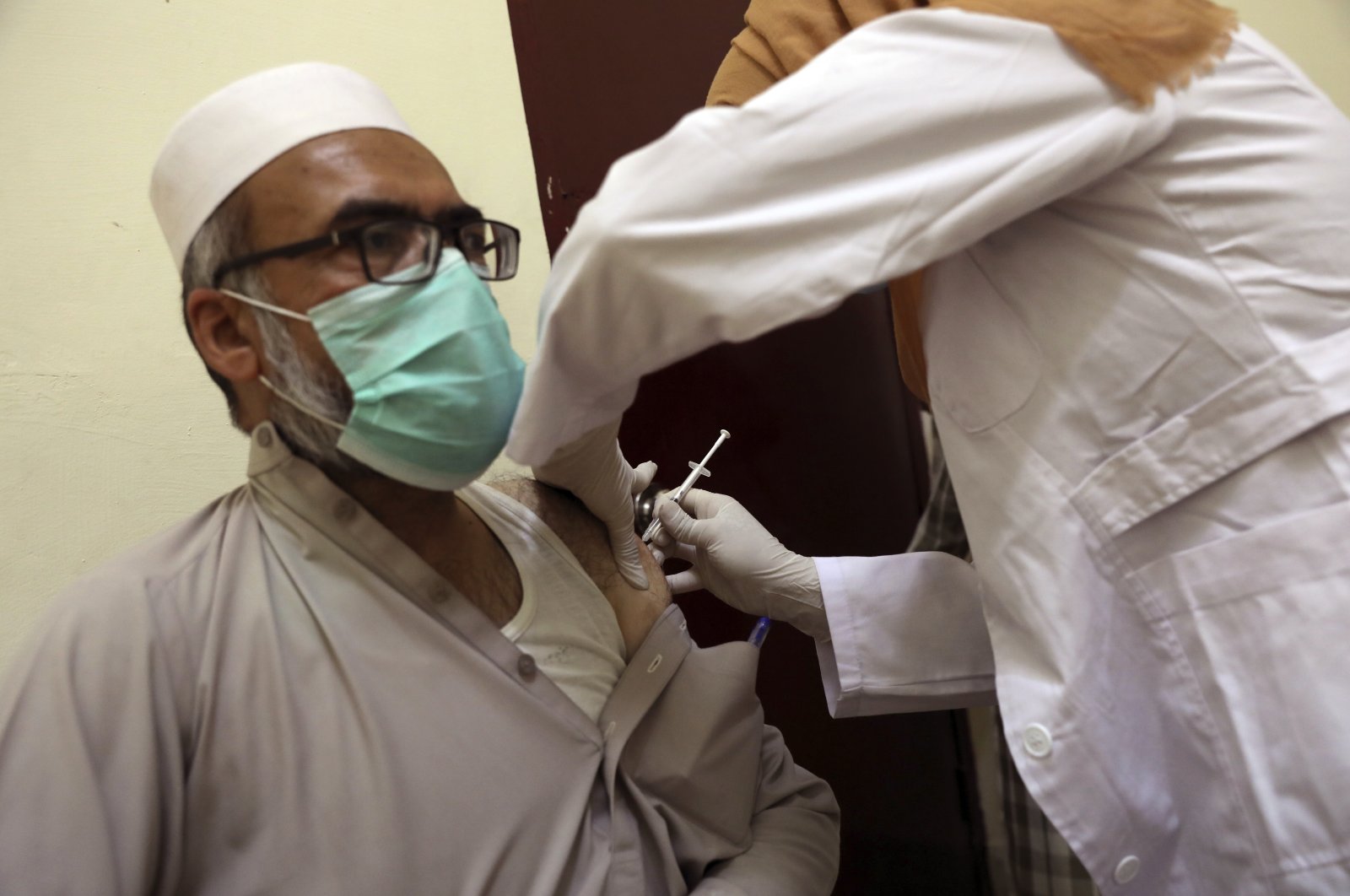 A man receives the Indian version of the AstraZeneca coronavirus vaccine from health officials at a hospital in Kabul, Afghanistan, May 11, 2021. (AP Photo)
by German Press Agency - DPA May 31, 2021 12:57 pm
RECOMMENDED

Afghanistan is in need of further shipments of vaccines as the war-ravaged country battles a third wave of COVID-19 infections.

The spokesperson for the country's health ministry, Dastagir Nazari, told Deutsche Presse-Agentur (dpa) on Monday that the process of vaccinating new people has stopped in the country.

Only individuals who have had the first shot are currently receiving jabs.

The country with an estimated population of 37 million has so far received 500,000 doses of the AstraZeneca vaccine from India and another 468,000 doses from the international vaccine-sharing program COVAX.

The doses were used to vaccinate health workers, members of the armed forces, teachers and media staff.

The country is expected to receive another 700,000 doses of vaccines from China "in the near future," but there is no exact date for the deliveries, Nazari said.

For another 28% of the population, Kabul has the budget to buy vaccines itself, Nazari said. The government was trying to get vaccines as soon as possible.

However, he added, "like the majority of the underdeveloped countries," Afghanistan was confronted with the problem that there is massive global vaccine demand.

Recently, the country witnessed a surge in new infections with the virus.

Currently, of 1,500 intensive care beds for the whole country, 72% are already occupied by patients, according to the official.