Afghanistan spinning out of control: Guterres 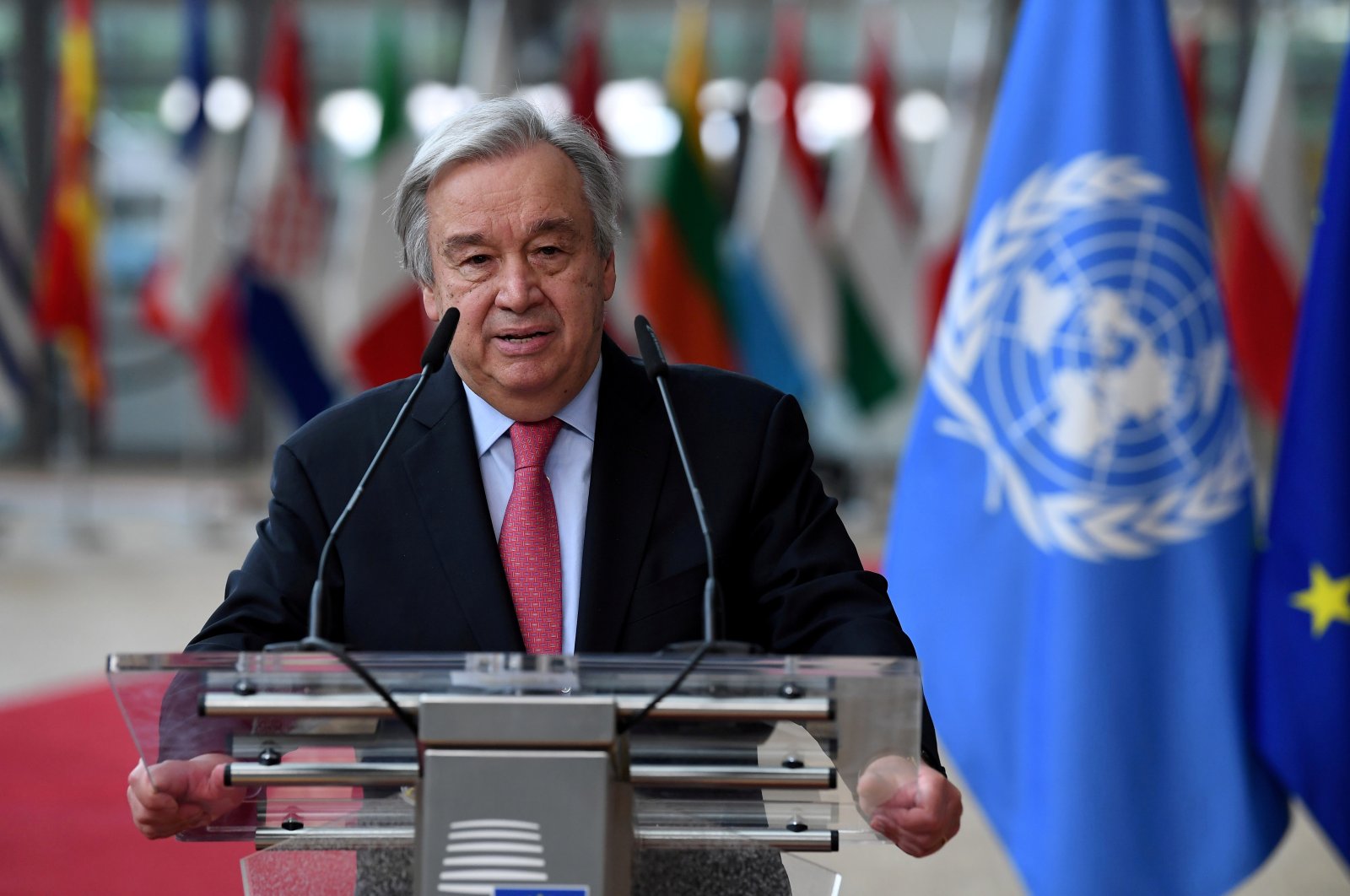 Secretary-General of the U.N. Antonio Guterres addresses the media as he arrives on the first day of the European Union summit at the European Council Building in Brussels, Belgium, June 24, 2021. (REUTERS Photo)
by Agencies Aug 13, 2021 9:55 pm
RECOMMENDED

Calling on the Taliban to immediately halt the offensive and negotiate “in good faith” to avert a prolonged civil war, Guterres further said that the group is imposing heavy restrictions on human rights.

In his first and strongest appeal to the group, Guterres also said he was “deeply disturbed by early indications that the Taliban are imposing severe restrictions in the areas under their control, particularly targeting women and journalists.”

He said: “It is particularly horrifying and heartbreaking to see reports of the hard-won rights of Afghan girls and women being ripped away from them.”

United Nations has previously warned of a potential humanitarian catastrophe should fighting that has engulfed much of Afghanistan reach the capital's streets.

Dujarric said there is no evacuation of U.N. personnel from the country, but said the international body is "evaluating hour by hour the security situation both in Kabul and in other locations."

"We very much want to deliver aid to those who need it in a moment where aid is extremely important," he said.