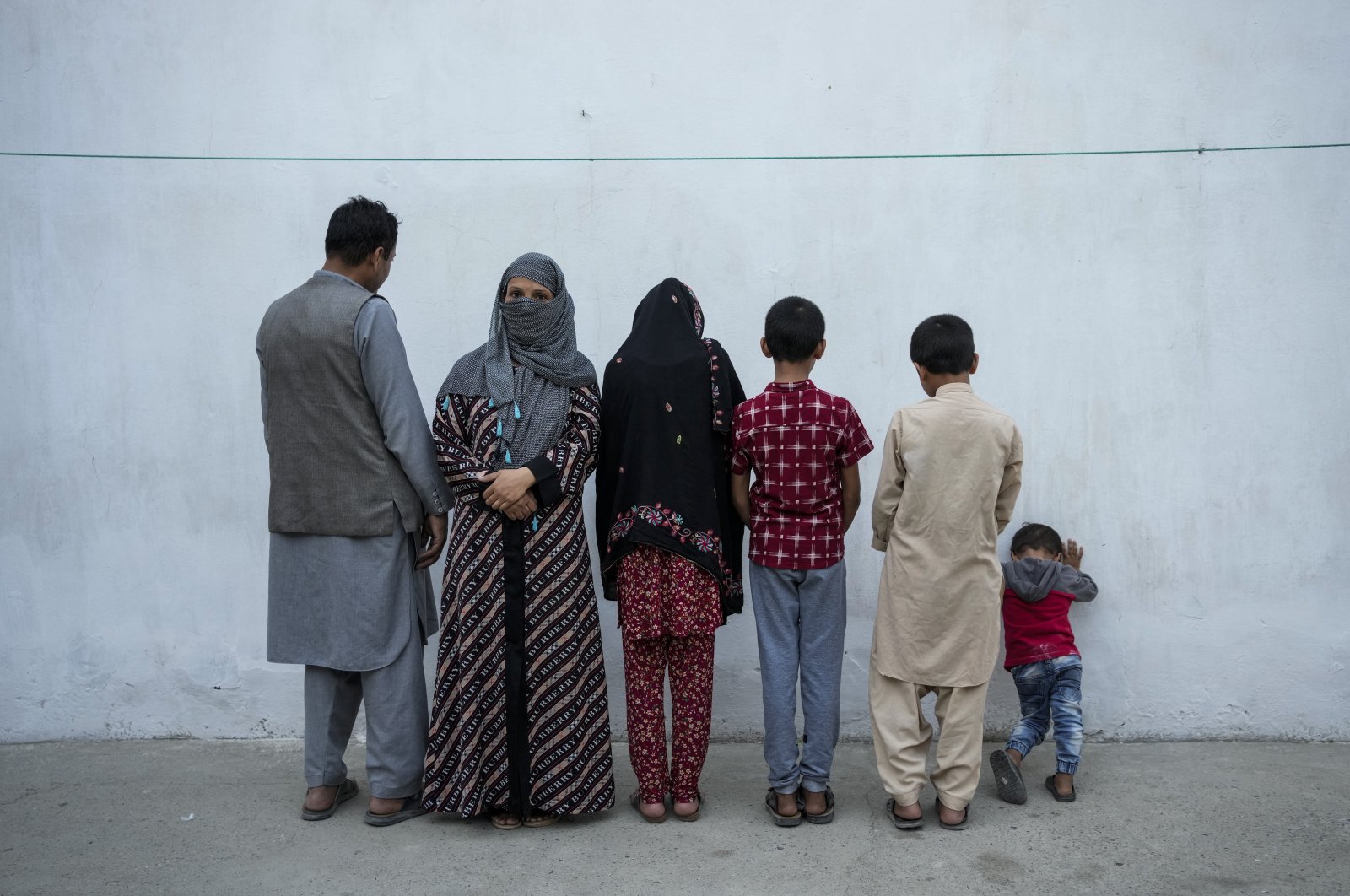 Afghans are looking for a way out of Afghanistan, mulling sundry and dangerous routes as many fear repression under the Taliban, notorious for their restrictions on women and civil liberties

As their flight to Islamabad was finally about to take off, Somaya took her husband Ali’s hand, laid her head back and closed her eyes. Tension had been building in her for weeks. Now it was happening: They were leaving Afghanistan, their homeland.

The couple had been trying to go ever since the Taliban took over in mid-August, for multiple reasons. Ali is journalist and Somaya a civil engineer who has worked on United Nations development programs. They worry how the Taliban will treat anyone with those jobs. Both are members of the mainly Shiite Hazara minority, which fears the militants after reports of the Taliban fighters killing 13 members of the ethnic minority.

Most important of all: Somaya is five months pregnant with their daughter, whom they’ve already named Negar.

"I will not allow my daughter to step in Afghanistan if the Taliban are in charge,” Somaya told The Associated Press (AP) on the flight with them. Like others leaving or trying to leave, the couple asked that their full names not be used for their protection. They don't know if they'll ever return.

Ask almost anyone in the Afghan capital what they want now that the Taliban are in power, and the answer is the same: They want to leave.

It’s the same at every level of society, in the local market, in a barbershop, at Kabul University, at a camp of displaced people. At a restaurant once popular with businesspeople and upper-class teens, the waiter lists the countries to which he has applied for visas. Some say their lives are in danger because of links with the ousted government or with Western organizations. Others say their way of life cannot endure under the hardline Taliban, notorious for their restrictions on women, on civil liberties and their harsh interpretation of the law.

Some are not as concerned with the Taliban themselves but fear that under them, an already collapsing economy will utterly crash.

Tens of thousands of people were evacuated by the United States and its allies in the frantic days between the Aug. 15 Taliban takeover and the official end of the evacuation on Aug. 30. After that wave, the numbers slowed, leaving many who want to leave but are struggling to find a way out. Some don’t have the money for travel, others don’t have passports, and the Afghan passport offices reopened only recently.

The exodus is emptying Afghanistan of many of its young people who had hoped to help build their homeland.

"I was raised with one dream, that I study hard and be someone, and I’d come back to this country and help,” said Popal, a 27-year-old engineer. "With this sudden collapse, every dream is shattered. ... We lose everything living here.”

When Popal was 5 years old, his father sent him to Britain with relatives to get an education. Growing up, Popal worked low-skill jobs, sending money back to his family, while studying engineering. He eventually gained British citizenship and worked in the nuclear sector.

A few weeks before the Taliban takeover, Popal returned to Afghanistan in hopes of getting his family out. His father once worked at a military base in Logar Province, where his mother was a teacher. His sisters have been studying medicine in Kabul.

The recent weeks have been tumultuous. His family’s home in Logar was destroyed by the Taliban, and they moved to Kabul. They believe it was because they refused to give information to relatives who are linked to the Taliban.

One of his sisters went missing as she commuted between Kabul and Logar, and has not been heard from in weeks. The family fears it could be connected to warnings they received from relatives to stop the daughters from studies, Popal told the AP.

Popal has been in contact for weeks with British officials trying to arrange evacuations. But he said they told him he could not bring his parents and siblings.

In early October, Popal managed to get out to Iran. Complaining that he's had no help from the British Foreign Office, he is making his way back to Britain, where he will try to find a way to bring out his family.

The British Foreign Office said in a statement that it is working to ensure British nationals in Afghanistan are able to leave. A former adviser to a senior Cabinet minister in Afghanistan’s ousted government said he was searching for a way out.

The decision came after years of sticking it out through mounting violence. He survived a 2016 suicide bombing that hit a protest march in Kabul and killed more than 90 people.

Friends of his were killed in an attack later that year on the American University of Afghanistan, killing at least 13. In the past, he had opportunities and offers to go to the United States or Europe.

"I didn’t take them because I wanted to stay and I wanted to work and I wanted to make a difference,” he said, speaking on condition he not be named for his protection. Now he is in hiding, waiting for his opportunity to escape.

The American University of Afghanistan, a private university in Kabul, is arranging flights out for many of its students. One student, a 27-year-old, recounted one attempt by the school to get evacuees to Kabul airport on Aug. 29, the second-to-last day when U.S. troops were there.

In the chaos, buses carrying the students drove for hours around the capital, trying to find a route to the airport, he said. They couldn’t make it. The student has been waiting for the past month for a spot on another flight arranged by the university for himself, his wife and two young children. He hopes that once out, he can apply for visas to the United States. His family has packed up everything in their house, covering their furniture with sheets to protect it from the dust. His parents are trying to get to the United Arab Emirates (UAE).

In Pakistan, at the Islamabad airport, a group of American University students, freshly arrived from Kabul, waited to cross through immigration. They will go on to sister schools in Central Asia. But their families could not come with them, so they face the uncertain future alone for the moment.

Without her family for the first time ever, Meena, a 21-year-old political science student, cringed with humiliation as an airport official shouted rudely at the students.

"I don’t know my future. I had a lot of dreams, but now I don’t know,” she said, starting to cry, according to Reuters. She showed the school pen she brought with her because it has the flag of her country on it, the one now replaced in Afghanistan by the Taliban flag. "We just burned our dreams ... we are just broken people.”

For one young Afghan refugee girl, her new home in South Korea has already brought simple freedoms she would otherwise be denied.

"In Afghanistan, you can't do activities as freely as men do, and it's satisfying to do Taekwondo without a hijab in Korea right now," the girl told reporters after a Taekwondo class on Wednesday.

She is one of nearly 400 Afghan evacuees who arrived in Seoul in August under a special program that aims to grant long-term residency to Afghans and their families who provided special service to South Korea.

Along with other refugees who spoke to reporters, the girl was not identified by age or name under an agreement with South Korean government officials. The Ministry of Justice said it was giving the refugees Korean language classes as part of a "Social Integration Program," and all had received alien registration cards. They were currently residing in processing facilities, officials said.

"Most of my experience living in Afghanistan so far has been war, and when I listened to the history I heard from my parents, I only heard about war," one boy at the Taekwondo class told reporters. "Now, life in Korea is stable and I am enjoying life."