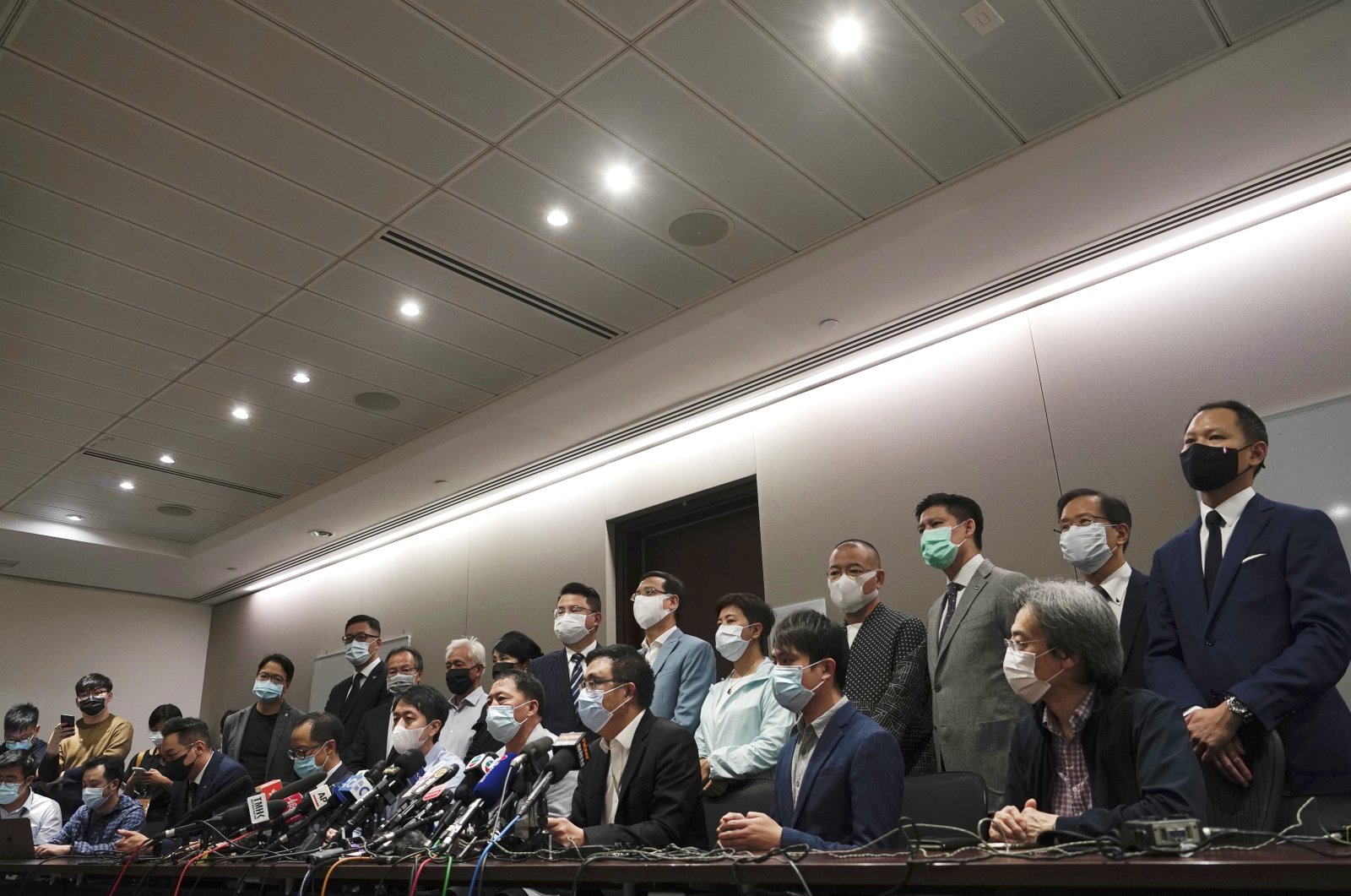 The pro-democracy camp announced their decision in a news conference Wednesday, hours after the Hong Kong government said it would be disqualifying four pro-democracy legislators – Alvin Yeung, Dennis Kwok, Kwok Ka-ki and Kenneth Leung – from the legislature.

The disqualifications came after China's National People’s Congress Standing Committee, which held meetings on Tuesday and Wednesday, passed a resolution stating that those who support Hong Kong's independence or refuse to acknowledge China’s sovereignty over the city, as well as commit acts that threaten national security or ask external forces to interfere in the city’s affairs, should be disqualified.

"Today we will resign from our positions, because our partners, our colleagues have been disqualified by the central government’s ruthless move," Wu Chi-wai, convener of the pro-democracy camp, said at the news conference.

"Although we are facing a lot of difficulties in the coming future for the fight of democracy, but we will never, never give up," he said.

Wu noted that the pro-democracy legislators will hand in their resignation letters on Thursday. During the news conference, pro-democracy lawmakers chanted "Hong Kong add oil, together we stand" while holding hands.

Beijing has in recent months moved to clamp down on opposition voices in Hong Kong with the imposition of a national security law, after months of anti-government protests last year rocked the city.

Earlier in the year, the four now-disqualified pro-democracy lawmakers were barred from running for legislative elections originally scheduled for September, prior to the government stating that it would postpone the elections by a year due to the coronavirus pandemic.

The four lawmakers later remained in their posts following the postponement.

The elections postponement was criticized by the pro-democracy camp as an attempt to block them from taking a majority of seats in the legislature after they had held an unofficial pro-democracy primary participated in by over 600,000 voters to decide which candidates to field.