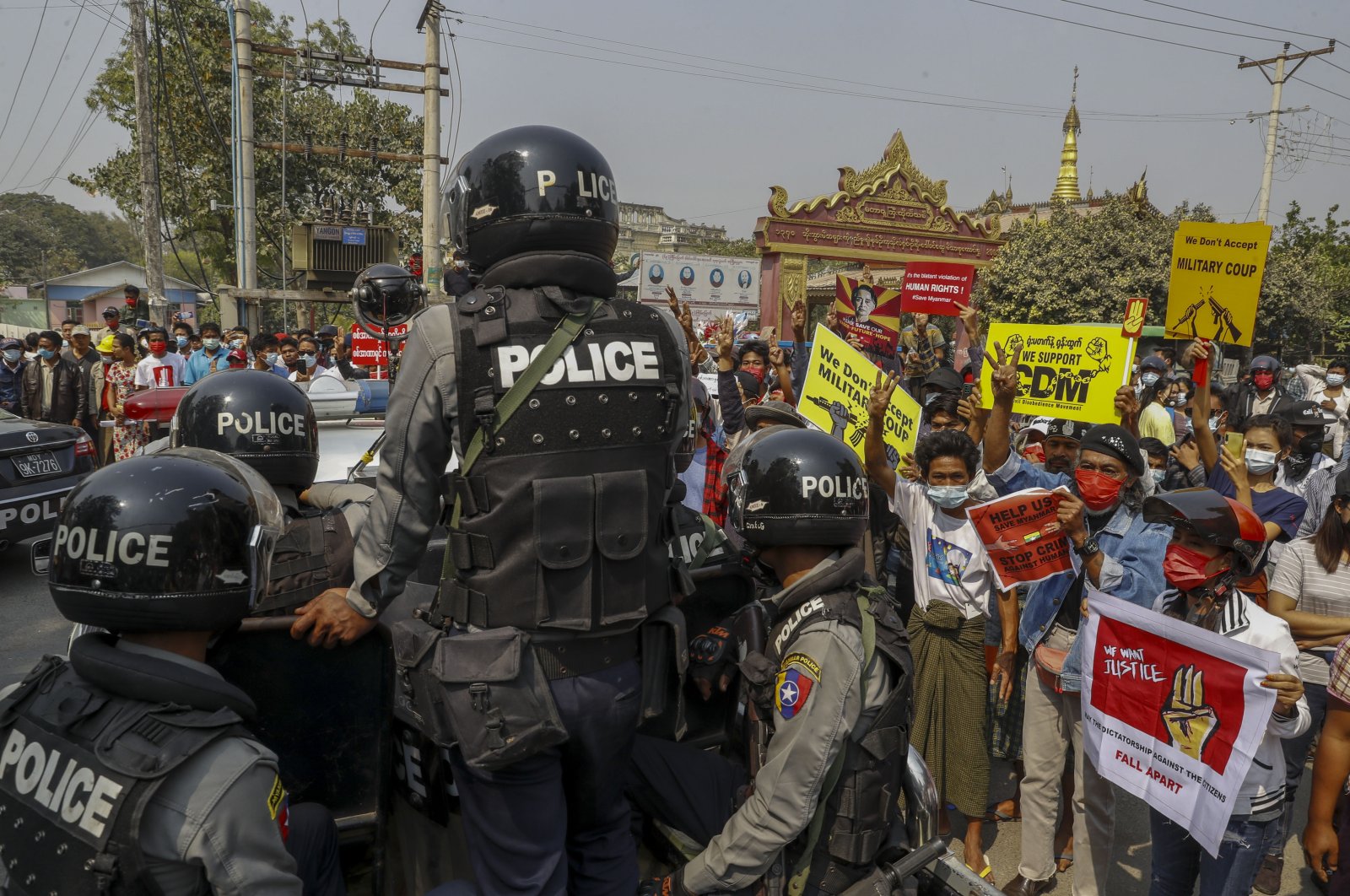 Hackers targeted Myanmar government websites Thursday to protest against the military coup, as the junta pressed on with its attempts to stymie nationwide opposition with internet blockades and troop deployments.

The cyberattacks came a day after tens of thousands of people rallied across the country to protest against the generals toppling Aung San Suu Kyi's civilian government earlier this month. A group called Myanmar Hackers disrupted websites including the Central Bank, the Myanmar military's propaganda page, state-run broadcaster MRTV, the Port Authority, and the Food and Drug Administration (FDA).

"We are fighting for justice in Myanmar," the group said on its Facebook page. "It is like mass protesting of people in front of government websites."

Cybersecurity expert Matt Warren from Australia's RMIT University said it was likely the aim was to generate publicity. "The sorts of attacks they would be undertaking are denial of service attacks or defacing websites which is called hacktivism," he told AFP.

"The impact will be potentially limited but what they are doing is raising awareness." Internet access was severely curtailed for the fourth night running at about 1 a.m. on Thursday (6:30 p.m. GMT Wednesday), according to NetBlocks, a Britain-based group that monitors internet outages around the world.

It said connectivity had dropped to just 21% of ordinary levels and was restored eight hours later ahead of the start of the working day. "The practice is detrimental to public safety and incites confusion, fear and distress in difficult times," NetBlocks tweeted.

For a second day, motorists in Yangon blockaded roads with vehicles, leaving their bonnets up and pretending they were broken down to stop security forces from moving around Myanmar's biggest city. Buses and cars could be seen on live feeds parked around a bridge at North Dagon Thursday morning, as protesters chanted: "Don't attend the office, leave it. Join the civil disobedience movement."

"We need the US Army to save our situation," read a sign held by a monk in saffron robes. Dozens of police patrolled the vicinity of Myaynigone junction as motorists also blocked roads.

"We gathered about five taxies and one pretended his car had broken down and blocked the street. Others also surrounded him. But we didn't stay long. We blocked (for) about 30 minutes," said a 30-year-old taxi driver.

"We are doing this to cause difficulties for police. If they come and it's a little bit tense, we leave then."

Then Than, a street food vendor, said the traffic snarls were a minor inconvenience, but she supported the campaign. "I walked about 40 minutes because of cars blocking my way back home yesterday afternoon before I got a bus," the 50-year-old told Agence France-Presse (AFP).

Tensions flared overnight in Myanmar's second-biggest city Mandalay when police and soldiers broke up a protest that had blocked the railway, two sources told AFP.

A member of a local emergency rescue service said security forces opened fire, though it was not clear whether rubber bullets or live rounds were used, adding one person was injured. Four train drivers participating in the civil disobedience movement were arrested at gunpoint, then taken to a Mandalay locomotive factory and forced to drive to the northern city of Myitkyina, the Assistance Association for Political Prisoners said.

The group has reported that close to 500 people have been arrested since the coup. In the early hours of Thursday morning, 11 foreign ministry officials were arrested for taking part in civil disobedience activities, a colleague told AFP.

A police officer, who asked not to be named, told AFP at least 50 civil servants from multiple ministries have been detained in the last four days. State broadcaster MRTV said arrest warrants had been issued for several popular actors, directors and a singer for using their "popularity and fame" to encourage people to join the civil disobedience movement.

The military has justified its power grab alleging widespread voter fraud in November elections won by Suu Kyi's party in a landslide. Western powers and the United Nations have repeatedly condemned the coup.

Suu Kyi has been charged with possessing unregistered walkie-talkies as well as holding an election campaign event last year which the junta claims breached coronavirus restrictions.

Her lawyer Khin Maung Zaw has not been able to meet with his client and is worried about the confidentiality of discussions if he is only allowed to speak to her by phone or video call ahead of a March 1 hearing.