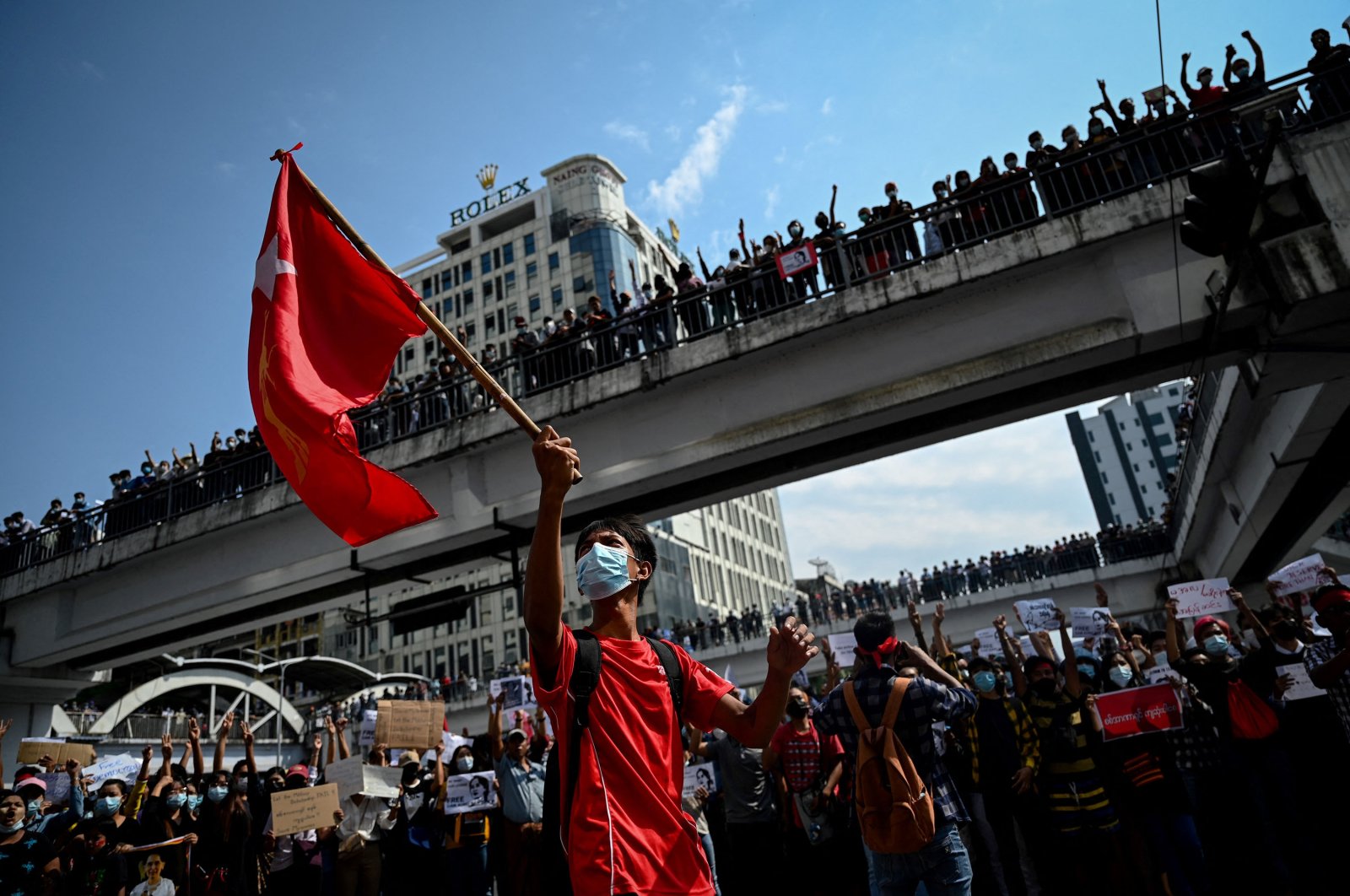 People in Myanmar gathered in the streets Sunday to protest against the junta and to recall an uprising 33 years ago.

The day marked the anniversary of the 1988 uprising against the military, in which thousands of civilians, including many students, were killed in a bloody crackdown.

Protests took place across Myanmar, including the main cities of Yangon, Mandalay, Sagaing, Mongwa and Myitkyina, according to local news reports.

Protests have been ongoing since a military coup on February 1 this year. The military seized power from one-time de facto leader Aung San Suu Kyi, ending democracy in the country. She and other leading officials were detained.

"33 years ago today, they (armed forces) killed many civilians and they are still killing the people," Thet Naing, a protester in Yangon, told Deutsche Presse-Agentur (dpa).

"The army is always the same for people. Always being a nightmare for people," he added.

Many protesters chanted that "the old debt from 88, we must get it all in 2021." The message was also widely shared on Facebook.

"History is sadly and tragically repeating itself," said Phil Robertson, deputy Asia director of Human Rights Watch, on the anniversary of the uprising.

Meanwhile, more than 960 people have been killed and more than 7,000 arrested in the military crackdown on protests since the February coup, demanding a return to civilian rule, according to the local Assistance Association for Political Prisoners NGO.

Neighborhoods have become unsafe due to raids by the junta's forces.

On August 4, the ASEAN foreign ministers appointed Dato Erywan Pehin Yusof, Brunei's second foreign minister, as a special envoy to Myanmar to encourage dialogue between the junta and its opponents and to work with international communities and oversee humanitarian aid.

The appointment, however, was rejected by hundreds of civil society organizations.