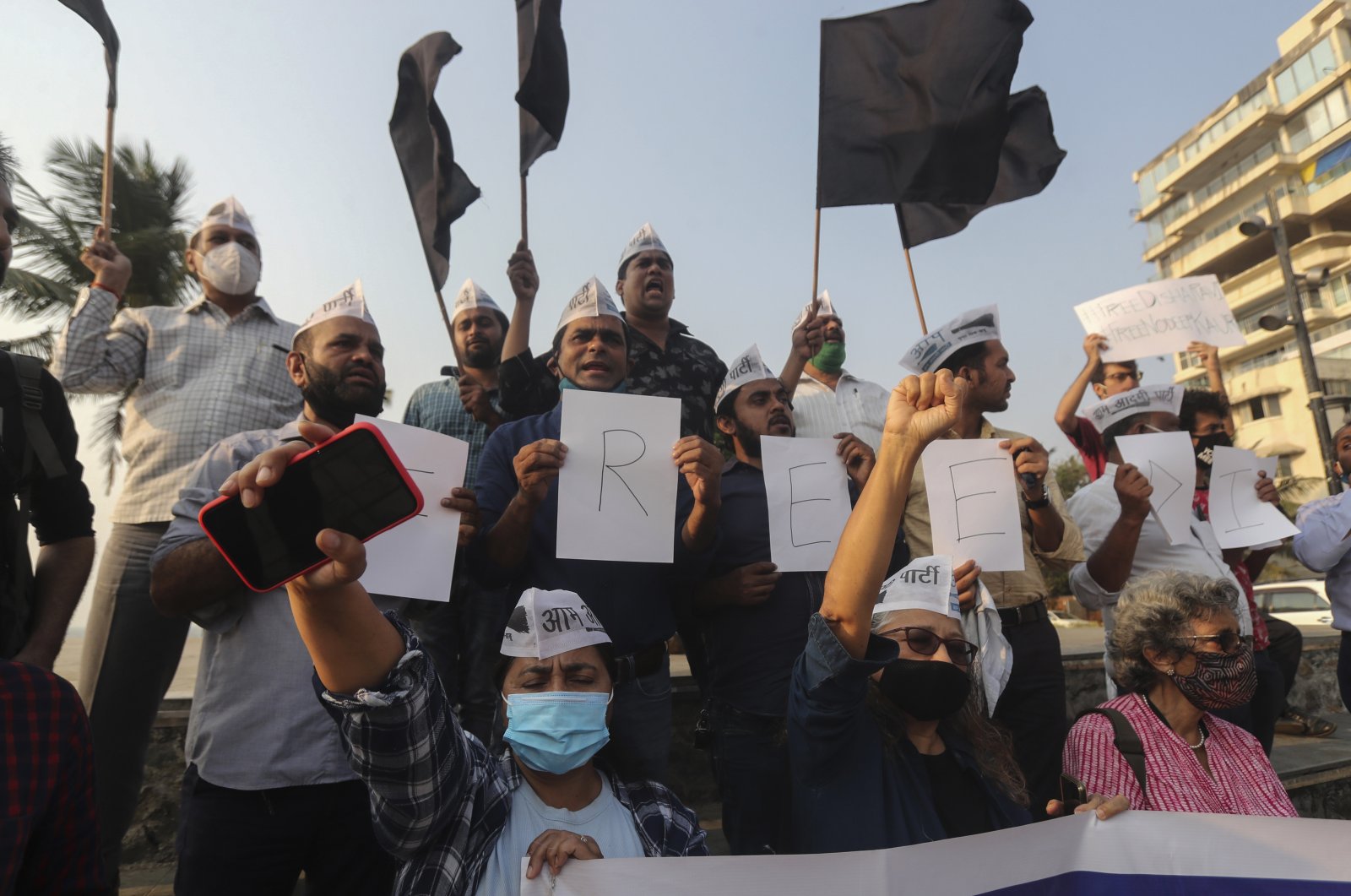 Indian politicians and activists on Monday condemned the arrest of a 22-year-old climate campaigner accused of helping edit and distribute an online document that Sweden's Greta Thunberg had promoted in support of farmers protesting in the country.

Thunberg had shared a "toolkit" on Twitter which listed ways to help Indian farmers, who have been protesting agricultural reforms they fear will ruin their livelihoods.

Over the weekend, police brought Disha Ravi, a leader of the Indian arm of Thunberg's climate crisis-related Fridays for Future movement, to the capital from her home in the southern city of Bengaluru to question her.

"The main aim of the 'toolkit' was to create misinformation and disaffection against the lawfully enacted government," Delhi police official Prem Nath told reporters. "The toolkit sought to artificially amplify fake news through various tweets which they have created in the form of a tweet bank. And they sought the public to participate in the action on Jan 26 that was the Republic Day of India," Nath said.

Last month, thousands of Indian farmers overwhelmed police and stormed into the historic Red Fort complex in New Delhi, after tearing down barricades and driving tractors through roadblocks. Ravi could not be reached in custody and her family was not immediately available for comment.

Thunberg said she had no comment on the detention of Ravi. Police have been cracking down on the farmers' movement, which of late has drawn international support, including from U.S. pop star Rihanna and Meena Harris, an activist and niece of U.S. Vice President Kamala Harris.

On Sunday, a court ordered that Ravi be held in police custody for five days, sparking outrage on social media and among farm unions. Activists have planned protests across India against Ravi's detention and the hashtag #IndiabeingSilenced was trending on Twitter.

"Arrest of 21 yr old Disha Ravi is an unprecedented attack on Democracy. Supporting our farmers is not a crime," tweeted Arvind Kejriwal, chief minister of Delhi.

Other activists said Ravi's arrest will have a chilling effect on anyone dissenting with the government.

"This is their way of trying to scare away youngsters from raising their voice about anything. This sends a message to all young people out there that, you know, shut up and stay at home or this is what is going to happen to you," said Leo Saldanha, a member of the Environment Support Group in Bengaluru.

A protest was planned later in the day in the city against her arrest. Bhavreen Kandhari, a member of Thunberg's movement in India, said it was awaiting clarity from the police before making any statement. "We are waiting for more information regarding the basis of the criminal case," he said.