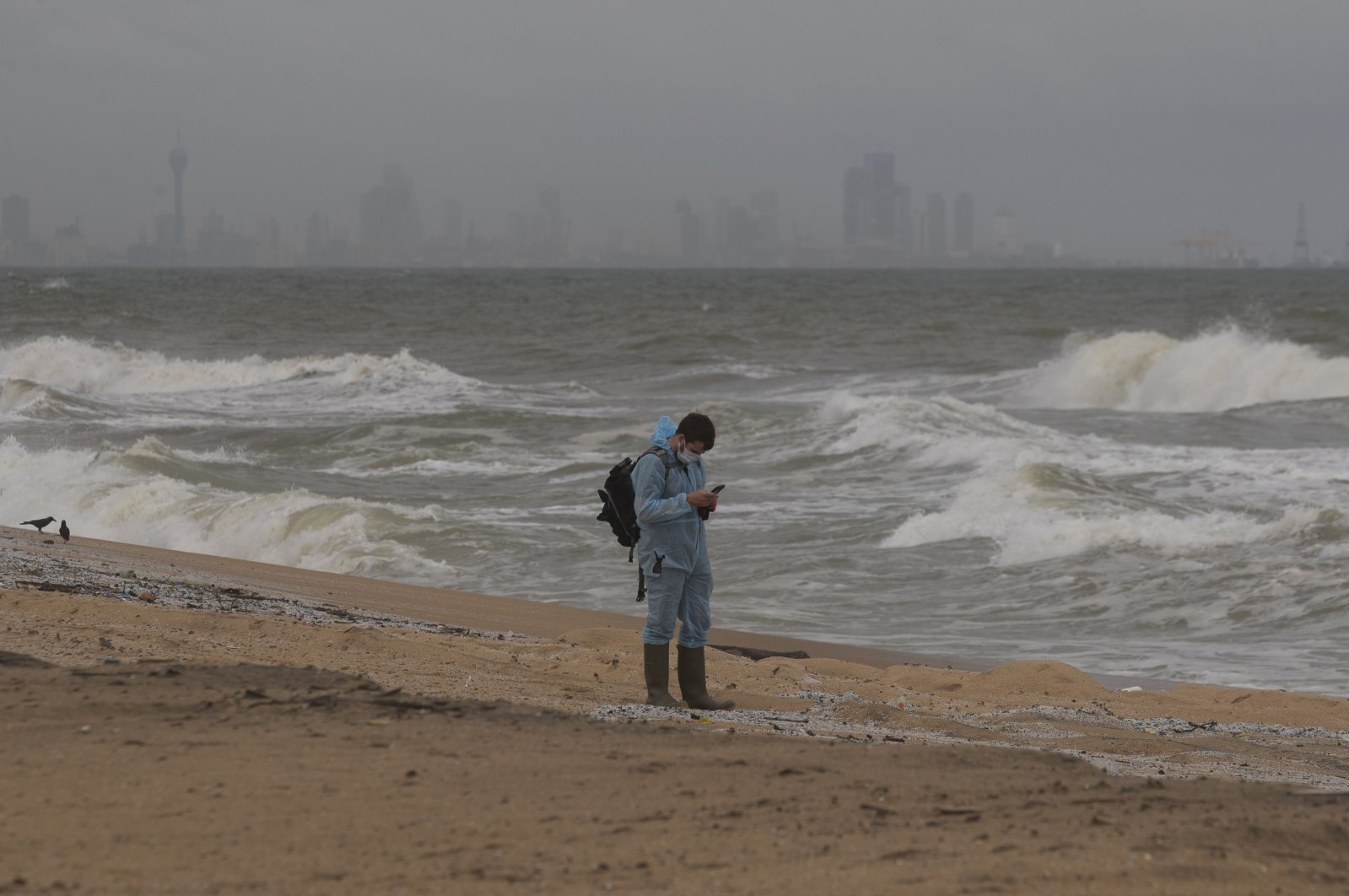 An unidentified foreign investigator inspects debris washed ashore on the beach from the fire-damaged container ship MV X-Press Pearl in Kapungoda, on the outskirts of Colombo, Sri Lanka, June 4, 2021. (Eranga Jayawardena via AP Photo)
by Associated Press
Jun 05, 2021 11:14 am

Heavy rains led to flash floods and mudslides in Sri Lanka, killing at least four people and leaving seven missing, while more than 5,000 people have been displaced, officials said Saturday.

Rains have been pounding six districts of the Indian Ocean island nation since Thursday night, and many houses, paddy fields and roads have been inundated, blocking traffic.

Two people died in floods while another two lost their lives in mudslides, according to the government's Disaster Management Center. Another seven people are missing in floods and mudslides.

A mound of earth crashed onto a house and buried four members of the same family – parents and two children – in Kegalle district, about 85 kilometers (53 miles) east of the capital Colombo on Saturday, officials and local media said.

A local television channel, Hiru, showed soldiers and villagers removing mud and debris to recover the victims. Later, the body of the daughter was uncovered.

Figures released by the government showed that more than 5,000 people have moved to temporary shelters and nearly 500 houses have been damaged.

Sri Lanka was also hit by an environmental disaster at the end of May as a burning container ship that was sinking near the coast leaked plastic waste onto the island nation's beaches.