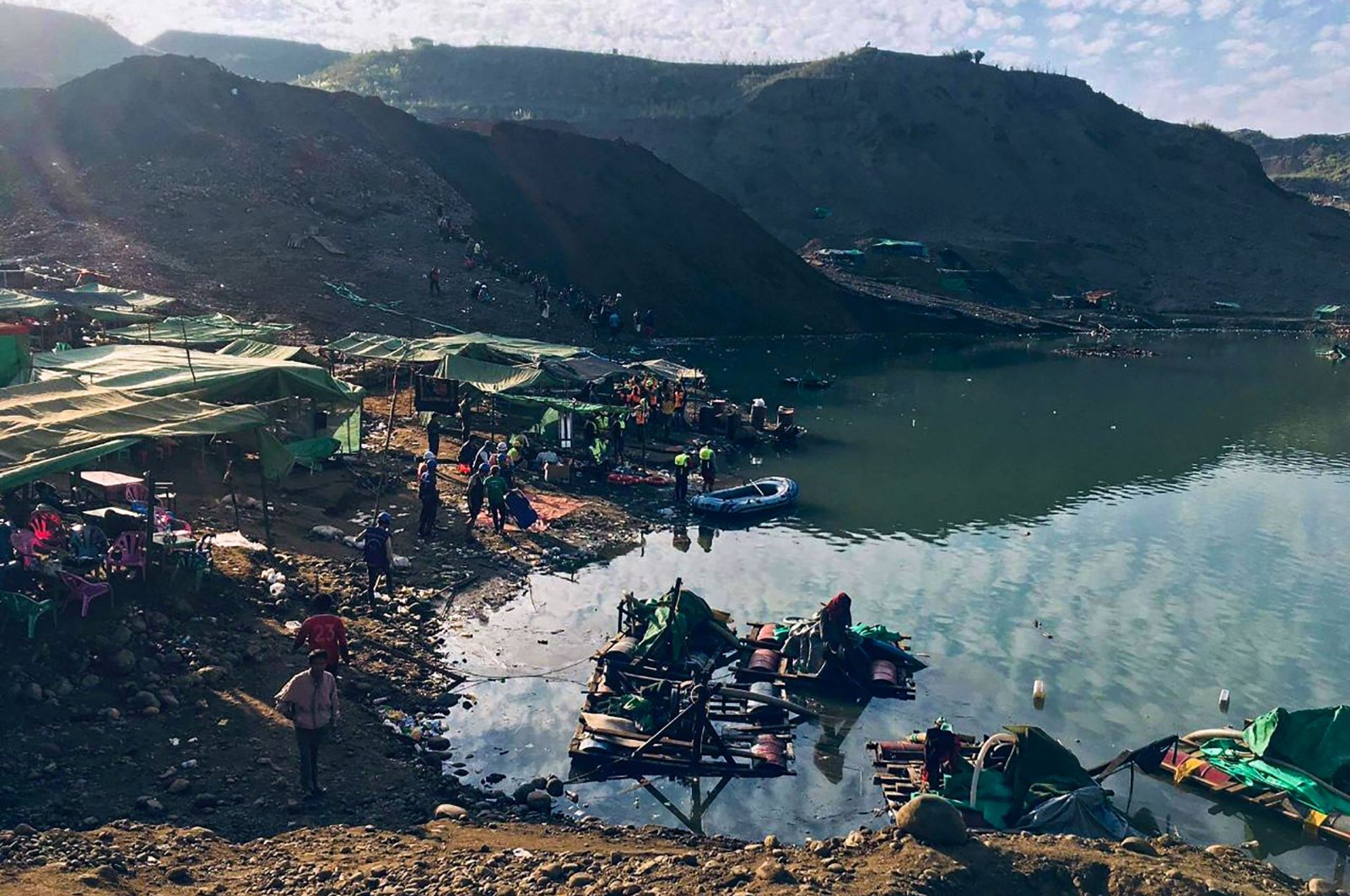 The death toll from a landslide at an illegal jade mine in northern Myanmar rose to four on Thursday, rescuers said, warning that the dozens still missing are likely to survive.

Many die each year working in the country's lucrative but poorly regulated jade trade, which sees low-paid migrant workers scrape out gems that are highly coveted in neighboring China.

Rescuers pulled out three bodies from the nearby lake in Hpakant township near the Chinese border on Thursday, adding to the one found the previous day.

Authorities had initially said at least 70 people were feared missing after the torrent of rocks and earth swept into the lake early Wednesday but later said that they were still trying to confirm that figure.

Two of the men found Thursday came from Yinmar Pin, hundreds of kilometers away in central Myanmar, they said, while the third was from Rakhine state in the southwest.

The miners at Hpakant come from various towns of Myanmar to scratch a living picking through the piles of waste left by industrial mining firms in hopes of finding an overlooked hunk of jade.

"Rescuers called off the second day's search due to fading light," said Ko Jack of the Myanmar Rescue Organization.

They will be back at the lake on Friday for the last time to rescue any survivors, he added, after which his team would only come and retrieve the bodies "if they appear on the water."

Hundreds of diggers came to Hpakant during the rainy season in the prospect of work in the treacherous open-cast mines despite a junta ban on digging until March 2022, according to a local activist.

"Determining how many people were working when the disaster struck would be difficult," the rescuers said, with families hesitant to admit their relatives were there and survivors unwilling to come forward.

Rescuers said increased pressure from the weight of dumped soil and rock had pushed the ground downhill into the nearby lake.

The incident is the latest tragedy to hit the poorly regulated multibillion-dollar industry. Jade and other abundant natural resources in northern Myanmar – including timber, gold and amber – have helped finance both sides of a decadeslong civil war between ethnic Kachin insurgents and the military.

Civilians are caught in the crosshairs of the fight to control the mines and its lucrative revenues, with a rampant drug and arms trade further fuelling the conflict.

Watchdog Global Witness estimated that the industry was worth some $31 billion in 2014. But corruption means very little reaches to the state coffers.

The military coup in February also effectively extinguished the reforms in the industry initiated by the ousted civilian government, a Global Witness report said earlier this year.

Wednesday's disaster "is a haunting reminder that lives too often come second to profit in the jade mines of Hpakant," Hanna Hindstrom, senior campaigner for Myanmar at Global Witness, told Agence France-Presse (AFP).

"As the military is busy turning the sector into a financial lifeline for its illegitimate regime, once again miners are paying the ultimate price."

On Wednesday, a five-day junta-run jade emporium "concluded successfully," according to a state-backed newspaper.