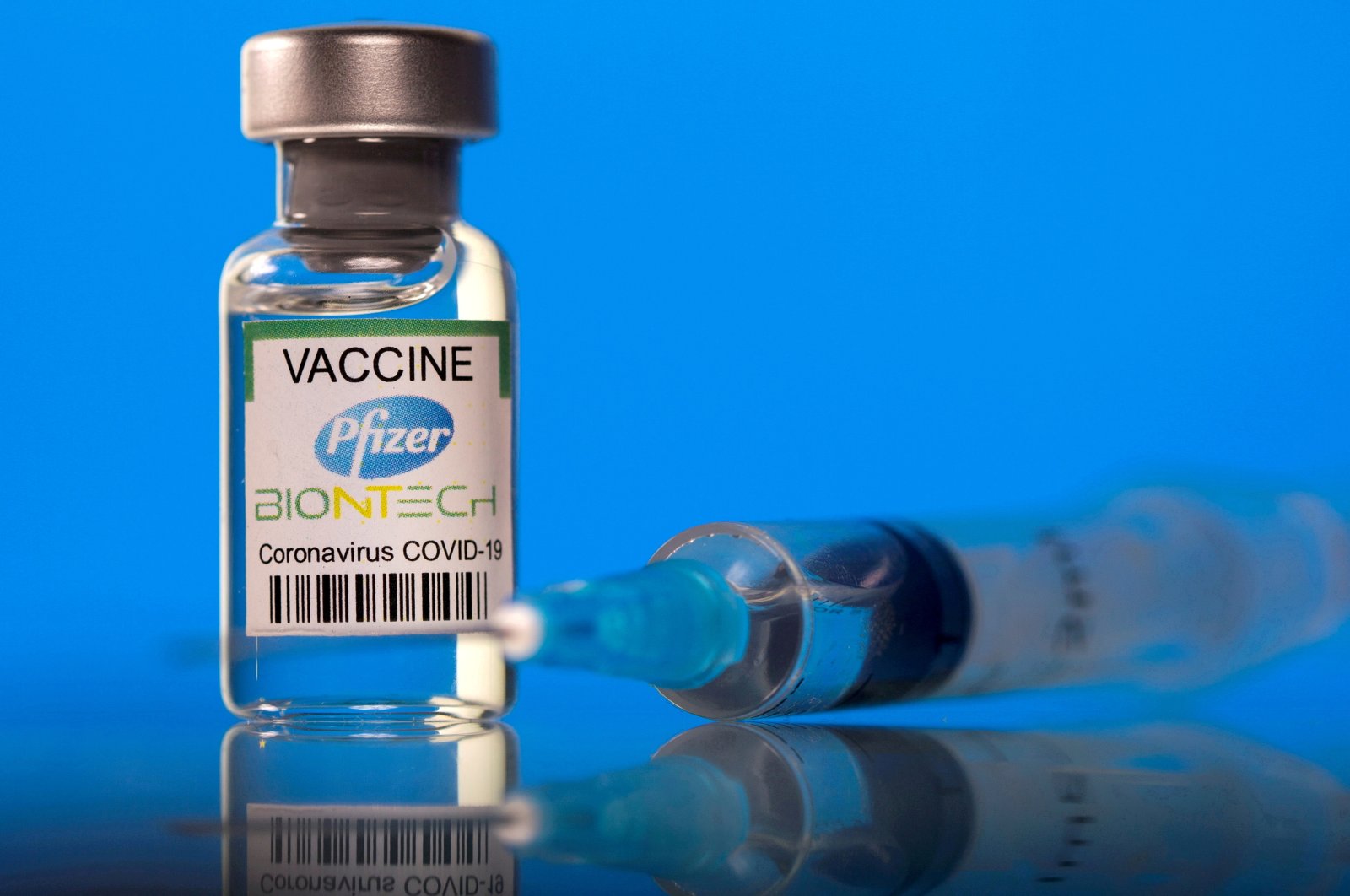 A vial labeled as the Pfizer-BioNTech coronavirus vaccine is seen in this illustration picture taken March 19, 2021. (Reuters Photo)
by REUTERS Sep 06, 2021 10:10 am
RECOMMENDED

The first batch of coronavirus vaccines from a swap deal has arrived in Australia from Britain, officials said Monday. Australia received nearly half a million doses of the Pfizer-BioNTech COVID-19 vaccine as part of the deal the country is using to speed up its inoculation program.

Australia is trying to contain the third wave of infections that has locked down its two major cities, Sydney and Melbourne, and its capital Canberra, putting more than half its 25 million population under strict stay-home restrictions.

The federal government has pledged more freedom of movement once 70%-80% of the population aged over 16 is vaccinated.

The government agreed vaccine swap deals with Britain and Singapore last week for a total of around 4.5 million doses of the Pfizer-BioNTech vaccine, double this month's supply.

"There will be another set of flights in a couple of days, but we'll pretty much be getting a million of the four million every week over the next four weeks," Lt. Gen. John Frewen, head of the vaccination task force, told broadcaster ABC.

Frewen said 1 million doses of Moderna will also reach Australia in "a week or so," becoming the third vaccine to join the rollout along with Pfizer and AstraZeneca shots.

Just over 38% of Australia's adult population has been fully vaccinated, with the country expected to reach 70% by early November based on current rates.

Despite the recent outbreaks, Australia's coronavirus numbers have remained relatively low at 61,600 cases and 1,039 deaths.

Under the vaccine swap deals, Australia will return equivalent numbers of Pfizer-BioNTech vaccines to Britain and Singapore later this year.