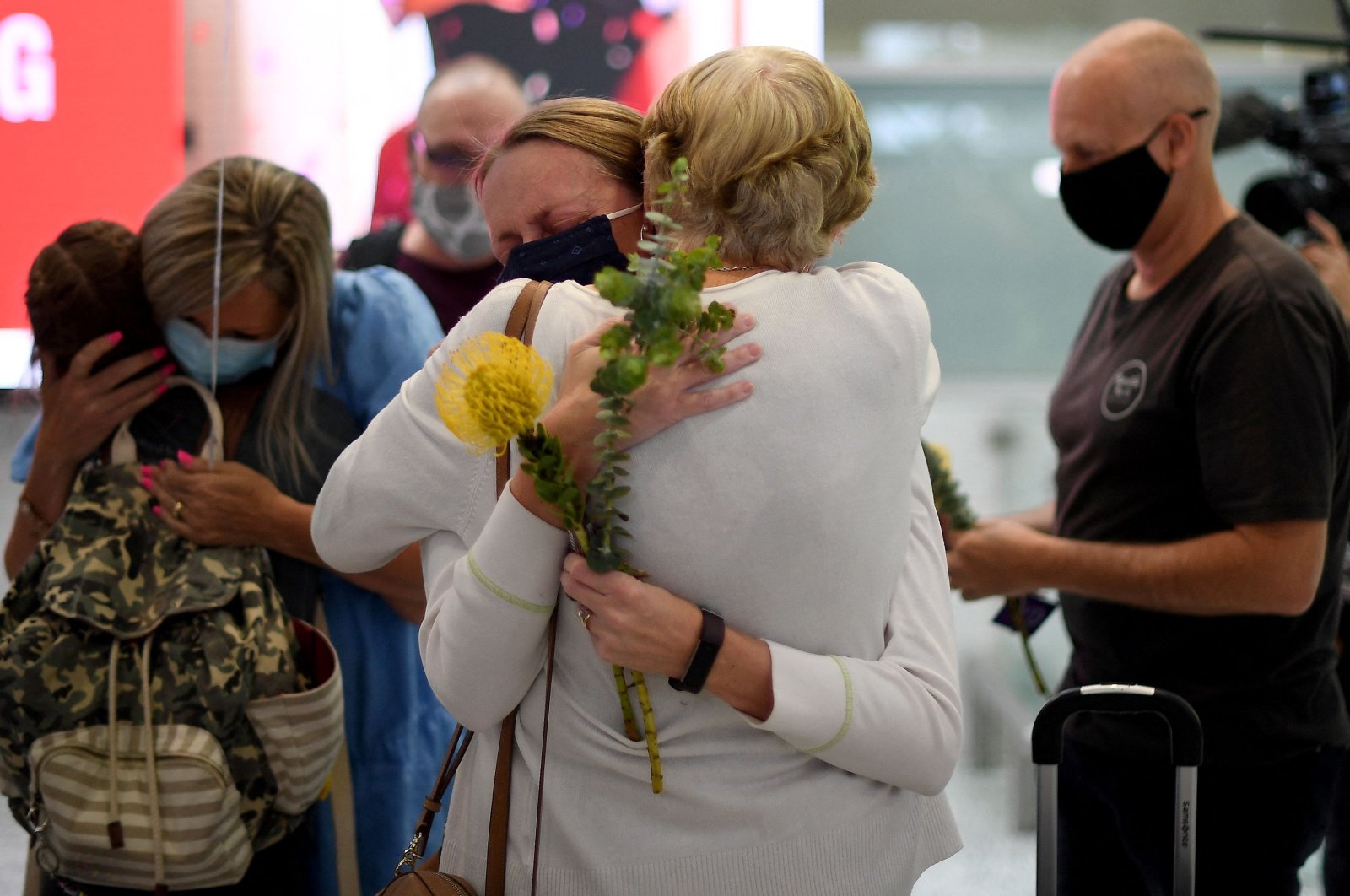 Shortly after dawn, bleary-eyed passengers began to trickle into the arrivals terminal at Kingsford Smith International and were quickly wrapped up in the tearful embraces of flower-clutching relatives.

On March 20 last year, Australia introduced some of the world's toughest border restrictions in response to the coronavirus pandemic.

Almost all travel to the island continent halted, prompting critics to dub the country a "hermit state."

Tim Turner, who had not seen his son for more than a year, said it was "pretty brilliant" that they were now able to reunite.

Arriving in Sydney was "beautiful, beautiful," he told reporters at the airport.

Julie Choo, who flew back from the United Kingdom to visit her sick mother in hospital, said she was trying not to cry as the plane touched down.

"I just can't wait to touch my mother's hand when I see her. I can't wait to hold her," she said. "It's going to be very emotional."

For the last 19 months, Australians have been banned from traveling overseas without permission.

Families were split across continents, and tens of thousands of nationals were stranded overseas.

The few who did gain permission to enter were forced to spend thousands of dollars on airfares and agree to spend 14 days locked in a hotel room as quarantine, also not paid for by the government.

Those conditions have now been dropped for the country's two largest cities, Sydney and Melbourne, which will now allow vaccinated Australians to come and go without quarantine of any kind.

But for some, like Lucinda Botlero, the long-awaited reopening comes agonizingly late.

"I haven't seen my family for four years, we've been trying to get in for a year and a half," she said.

"It's a very mixed feeling. Because I still couldn't see my dad alive. He passed away just a week ago. We're just a week late, but it's still really gratifying that I'll be able to attend his funeral now," she added.

As some Australians returned home, others stuck in the country took the opportunity to leave.

Abhi Bajaj, 35, said it was "too overwhelming" that he could now travel to the United States to celebrate Christmas with family after two years apart.

"I was waiting for this day for a long time," he told Agence France-Presse (AFP), before boarding a flight to Los Angeles.

Australian airline Qantas had grounded much of its fleet for more than 18 months, with CEO Alan Joyce calling the resumption of regular international flights "a long time coming."

"It's wonderful to see Australians able to reunite with loved ones after such a long time apart," he said.

Prime Minister Scott Morrison said it was a "big day for Australia," posting on Facebook that the country was now "ready for take-off!"

Travel is expected to resume slowly after such a protracted shutdown, with low passenger numbers on the first flights to arrive.

And some Australian states with lower vaccination rates will remain virtually closed to the world, as they still have mandatory and costly 14-day hotel quarantine.