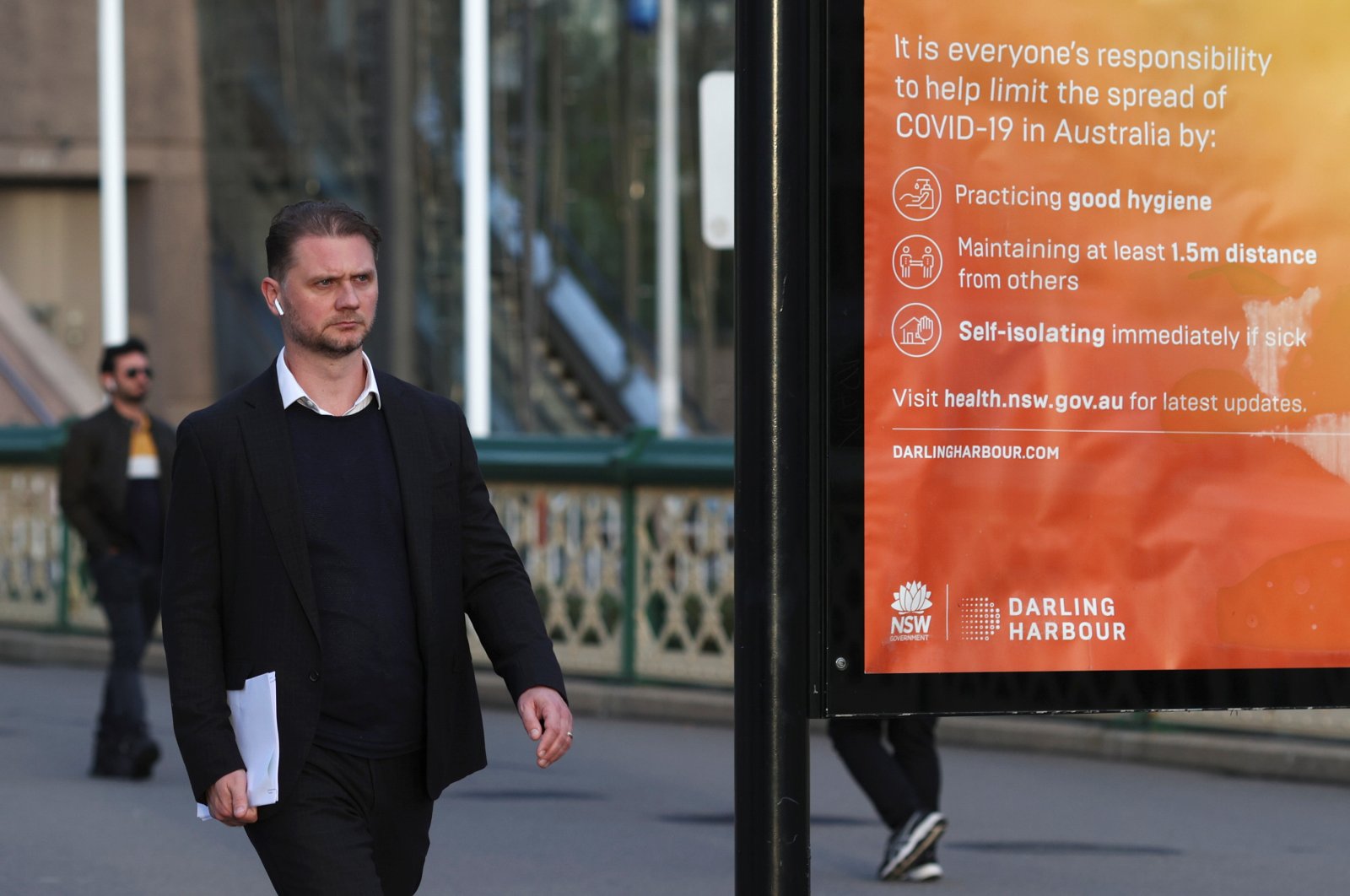 A man walks near an information board following the easing of restrictions implemented to curb the spread of the coronavirus, at Darling Harbour near the city center in Sydney, Australia, May 18, 2020. (Reuters Photo)
by REUTERS May 18, 2020 2:39 pm
RECOMMENDED

Australia's states and territories are beginning to allow more public activity under a three-step government plan after two months of shutdowns that officials have credited with keeping the country's exposure to the pandemic relatively low.

NSW, which includes Australia's most populous city Sydney, reported just one new infection in the previous 24 hours. The state also reported one additional death, the first nationally in almost a week, taking the nationwide toll to 99 from 7,060 infections.

"We normally encourage people to catch public transport but given the constraints in the peak and the fact we are exercising social distancing, we want people to consider different ways to get to work," Berejiklian told reporters in Sydney.

"Places in and around the CBD (central business district), but also in employment hubs, will be investigated, and more pop-up parking stations will be made available," she added.

Berejiklian gave little detail about the proposed "pop-up" parking lots, which were among plans that also included more cycleways.

For people still catching trains and buses, the government is ordering "intense and ongoing cleaning" across the public transport network, she said.

Her comments came as the number of new coronavirus cases reported nationwide slows to fewer than 20 a day, encouraging NSW to announce that all school children would return to full-time face-to-face teaching on May 25.

Neighboring Victoria state, which along with NSW accounts for more than half Australia's 25 million population, reported six new cases of coronavirus in the 24 hours to Monday.

Twelve McDonald's Australia restaurants in Victoria were closed after a delivery driver tested positive to the illness, local media reported.

A row was brewing between NSW and its northern neighbor Queensland after the latter's leader, Annastacia Palaszczuk, said the state border could be closed until September. Queensland reported two new cases over the past 24 hours.

In response, NSW's Berejiklian said there was a benefit to retaining the national border closure only.

Australia is among dozens of countries pushing for an investigation into the origins of the new coronavirus when the World Health Assembly, the decision-making body of the World Health Organization (WHO), meets in Switzerland this week for its first annual meeting since the COVID-19 pandemic began.

The issue has led to a diplomatic spat with China, where the virus first emerged. Australian Foreign Minister Marise Payne said Monday she was "very encouraged by the growing levels of support" for the inquiry.