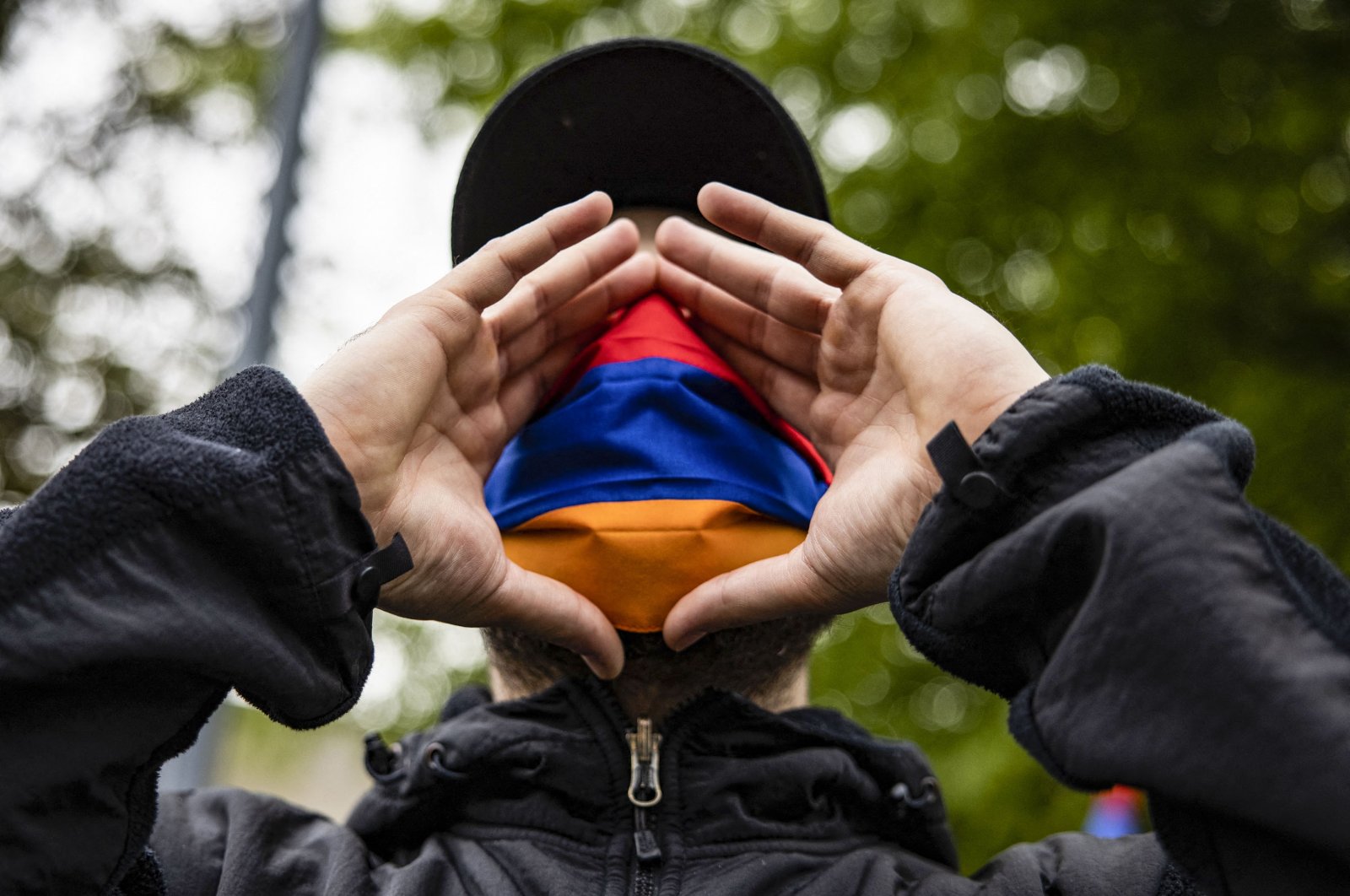 Australians Saturday reacted to Armenian diaspora organizations who condemned and protested Australian Prime Minister Scott Morrison for not defining the events of 1915 as "genocide."

In his letter to the Armenian associations, Morrison stated that in 1915 the Armenian people were "displaced and experienced a great tragedy" and that this tragedy triggered a great aid campaign in Australia.

Morrison did not use the phrase "genocide" in his letter.

Armenian Australian diaspora organizations condemned Morrison in the message they publish every year on April 24.

Armenian associations accused Morrison of not keeping his promise that he gave in 2011 to recognize the events as "genocide" and protested during a march in Sydney, which was attended by around 200 people on April 24.

Australians reacted in social media and newspaper comments to the news about the protests of the Armenian community and the statements of Berejiklian.

Julie Smart, a retired citizen, commented: "Here we go again, why don't we look ahead? My grandfather fled Europe while the Italians slaughtered Austrians during the First World War."

Karina Honeyman, on the other hand, under the same news, said: "Go back to the country you came from and protest these things there. This issue has nothing to do with us."

Among the comments posted under Berejiklian's social media post, almost all of them accuse Berejiklian of hypocrisy toward non-Armenian, non-Syriac and non-Greek Australians.

While Mary Sharkey from Newcastle shared the message, "Don't get involved in the business of other countries while your own country is ruled in a disgraceful way, Australia." Nadia Noye Wilson commented that Australia should first recognize the genocide it committed against its Indigenous peoples.

"Before pointing other countries' fingerprints, each country must take a look at itself," said Catherine Wong. “What is this good for? What will happen to the genocides that took place right under the noses of our politicians who ignore the facts according to their preferences today? Have you ever heard of Palestine?" she continued.

A user named "Great Galloot" emphasized that Berejiklian's sharing was not appropriate and asked, "Do you do the same for Jews, Japanese or Rwandans?"

Paul Ricco, regarding the post of Berejiklian, said, "While talking about the genocide, why is your government still destroying wildlife, waterways, Indigenous culture and heritage because of the expansion of Tahmoor Coal mine?"

On the other hand, the Association for Defense of the Interests of the Australian Turkish Community (ATA-A) urged Berejiklian to seek justice on behalf of Armenian terrorist victims in Australia, in a comment on Berejiklian's tweet, while demanding an investigation into Sydney Armenian school groups' being taken to Armenian Revolutionary Federation camps in Armenia.

Sydney Turkish Consul General Şarık Arıyak and his bodyguard Engin Sever were killed on Dec.17, 1980, by Armenian terrorists. The investigation into the events was reopened in 2019 by Australian counterterrorism teams and the homicide desk.

Armenian diaspora groups traditionally take young students to the facilities of the Revolutionary Federation near Yerevan, Armenia, inform them about the lives of terrorists such as the "Lisbon Five," and make a presentation when they return to Australia.

France also stands as another important country where the Armenian diaspora conducts anti-Turkey propaganda with the lobby activities of hundreds of organizations in the country.

In France where Turkish and Muslim organizations have been banned due to the accusations of separatist activities, there are 575 associations run by Armenians.

U.S. President Joe Biden described the 1915 events as "genocide," leading to harsh criticism from Ankara over unfair, biased and populist stance towards a historical event.