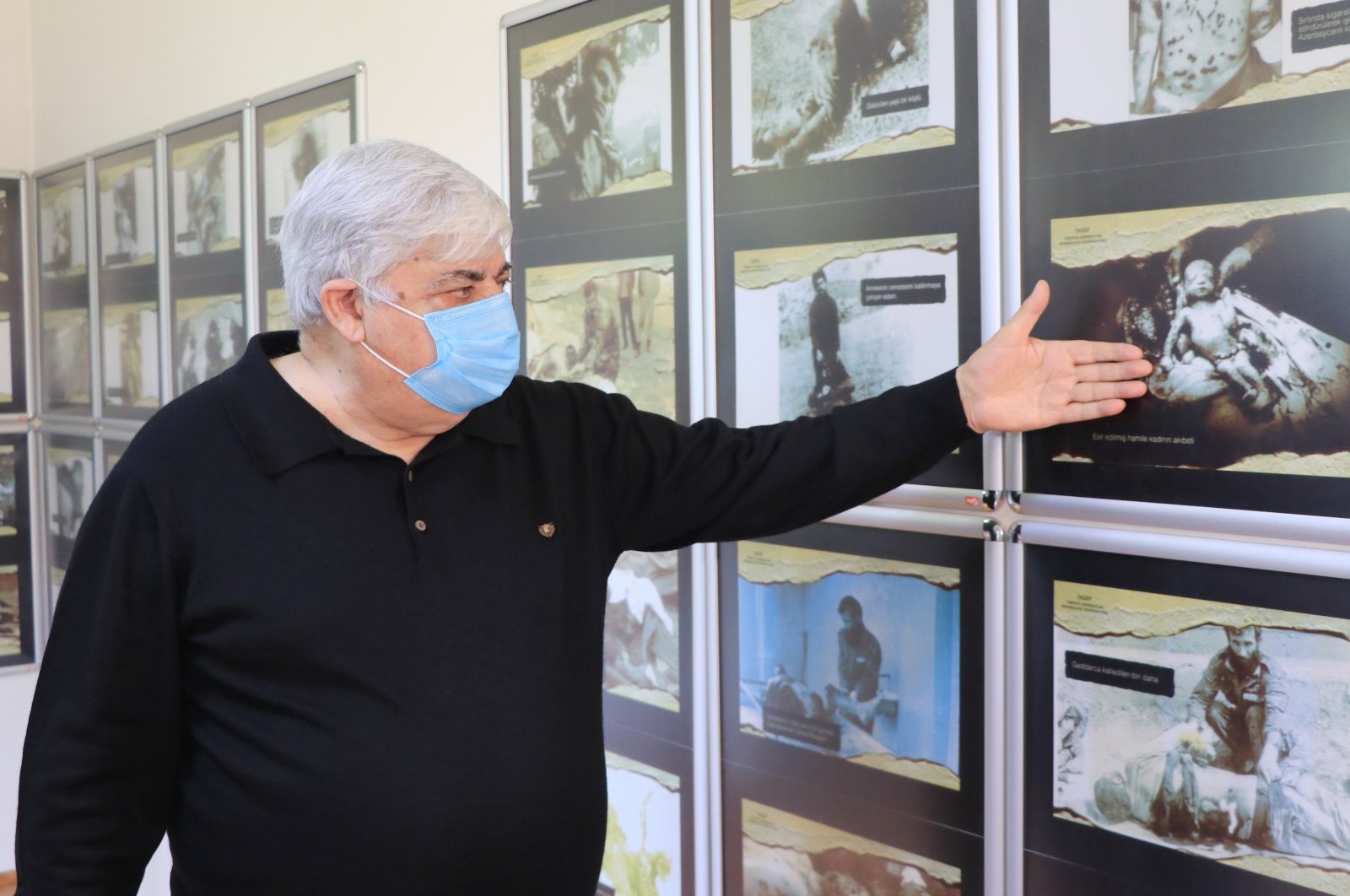 Turkish diaspora and civil society organizations denounced the Armenian genocide claims regarding the 1915 events, calling them baseless accusations for political goals and propaganda.

The Toronto-based Federation of Canadian Turkish Associations (KTDF) and the Canada Turkish Assembly released a joint statement late Thursday and noted that the genocide claims of the Armenian diaspora were approved by the Canadian Parliament for the sake of political goals.

Expressing their opinion that the Canadian government adopts a biased view against Turkey on the 1915 events, the statement said that hateful Armenian claims continue to threaten the Turkish diaspora.

Addressing the Armenian society, the statement said: "Canadian Turks are open for a dialogue to create friendship based on common history rather than a hostility."

The statement recalled the tragic events of World War I that caused pain for the Turkish people, Armenians and all citizens of the Ottoman Empire.

Expressing their concern about the politicization of the historical incident, the statement called on Canada to abolish the decision.

The Turkish diaspora in Canada also underlined that none of the international courts have made a decision to recognize the Armenian genocide claims so far.

The statement mentioned the European Court of Human Rights (ECtHR) previous decisions made in 2013 and 2015, which said that the Armenian claims are discussed among academics, and there is not a common truth accepted by everyone.

Stephane Dujarric, spokesperson for U.N. Secretary-General Antonio Guterres, on Thursday, responded to a question about a possible U.S. decision to recognize the so-called "Armenian genocide" and said that the U.N. does not share opinions about the events that happened before the foundation of the organization and such decisions must be made by relevant international judicial branches.

Accusing the Ottoman Empire of genocide against Armenians is a betrayal of history, Turkey-Azerbaijan Associations Federation Chair Bilal Dündar also said in another statement on Friday as he underlined that the empire provided liberty to those within it.

"There was no assimilation. Calling such a state 'genocider' is immoral, rude and a betrayal of history," he told Anadolu Agency (AA).

Dündar also said that Armenians use these unfounded, baseless and groundless claims based on lies as a propaganda tool.

Noting that Armenians committed mass murders in the eastern and southeastern areas of Anatolia during that period, Dündar said that many innocent people were killed by Armenian gangs.

He said Armenians lived together in peace in Ottoman society and maintained senior roles in state hierarchies. Dündar added: "External powers directed Armenians. They told them 'You have the right to build a state, we will support you.' They also supported them. Armenians started to kill people whom they worked and lived together with for years."

In such a situation, no state will wait without taking any action, Dündar said and added that the Ottoman Empire's forced migration provided all that was necessary to Armenians.

The deportation actually offered Armenians protection, Dündar said, adding: "Now, Armenians recognize April 24, 1915, as the date for the 'genocide,' but they never mentioned it until the 1960s. After the 1960s, these talks started to take place. ... Turkey opened its archives to the world and said let's form a joint commission, but Armenians do not open their archives."

Turkish American National Steering Committee (TASC) co-Chair Günay Evinch also said that it is important for Turkish and Armenian communities to build a consensus on the tragic loss of human lives and suffering caused by the deportation following the Ottoman measures against the Armenian rebels during World War I.

This consensus must be built on justice and the rule of law, Evinch said and added: “If there is no consensus, the rage caused by politically motivated genocide claims will keep dominating.”

Turkey will continue to defend the truth against those supporting slander, President Recep Tayyip Erdoğan said on Thursday regarding the events of 1915.

Turkey objects to presenting the 1915 incidents as “genocide,” rather calling them a tragedy in which both Turks and Armenians suffered casualties in the heat of World War I. Ankara has repeatedly proposed the creation of a joint commission of historians from Turkey and Armenia under the supervision of international experts to examine the issue.

In a period when the allegations are being ignited by Armenian lobbies and some countries for political goals, it was reported this week that U.S. President Joe Biden is planning to recognize the events of 1915 as "genocide."

France also stands as another important country where the Armenian diaspora conducts anti-Turkey propaganda with the lobby activities of hundreds of organizations in the country.

In France where Turkish and Muslim organizations have been banned due to the accusations of separatist activities, there are 575 associations run by Armenians.

Turkey's position on the 1915 events is that the deaths of Armenians in eastern Anatolia took place when some sided with invading Russians and revolted against Ottoman forces. A subsequent relocation of Armenians resulted in numerous casualties, made worse by massacres conducted by militaries and militia groups from both sides. The mass arrests of prominent Ottoman Armenian politicians, intellectuals and other community members suspected of links with separatist groups, harboring nationalist sentiments and being hostile to the Ottoman rule were rounded up in then-capital Istanbul on April 24, 1915. The date is commemorated as the beginning of later atrocities.