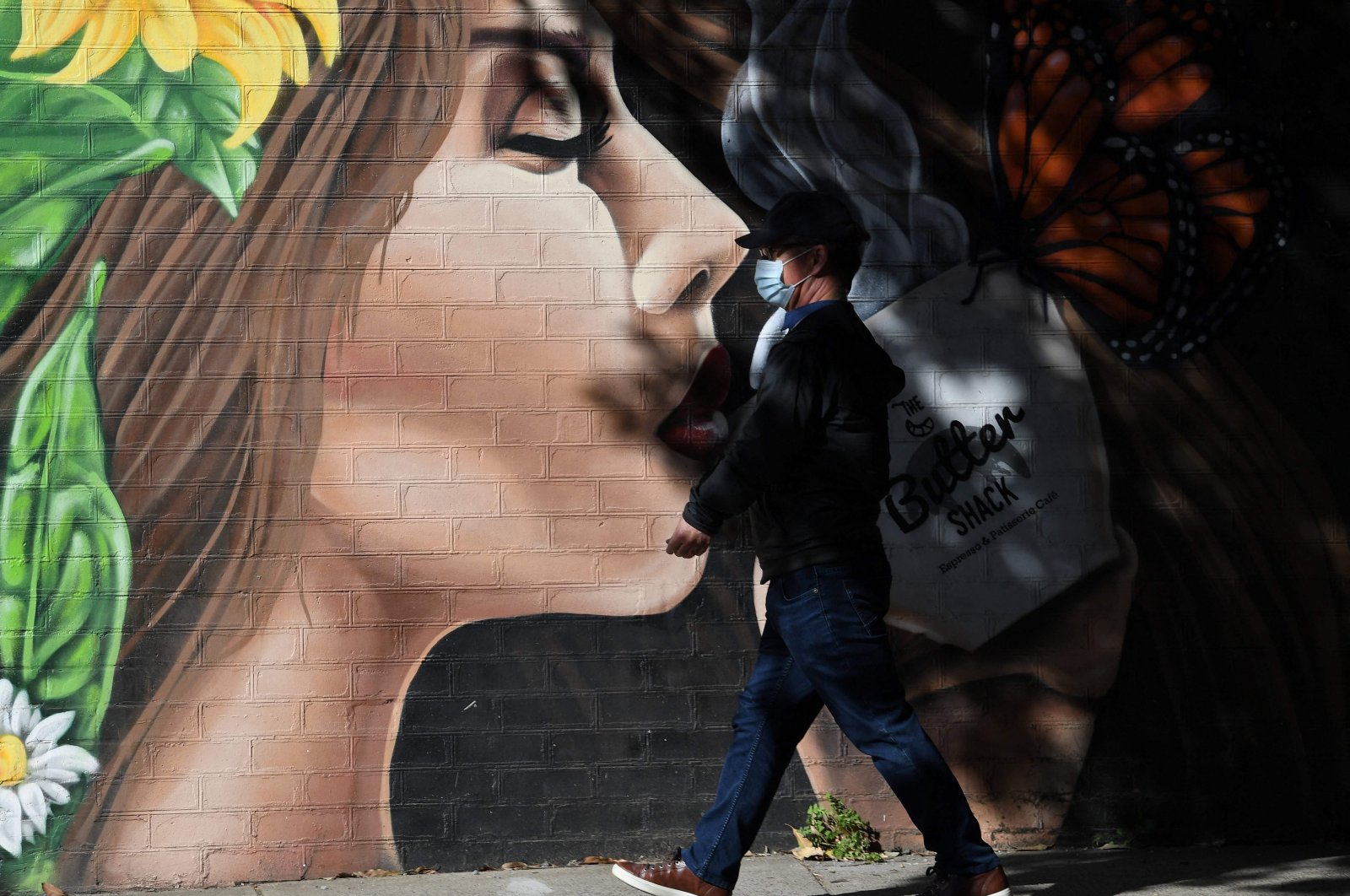 A man wearing a face mask walks in front of a cafe in a suburb of Sydney, as the city's more than 5 million people are enduring their seventh week under stay-at-home orders, Sydney, Australia, Aug. 11, 2021. (AFP Photo)
by ASSOCIATED PRESS Aug 11, 2021 8:45 am
RECOMMENDED

Australia’s second-largest city, Melbourne, extended its lockdown Wednesday in a bid to stamp out an outbreak of COVID-19. At the same time, authorities in Sydney said they were considering easing restrictions for vaccinated residents, despite the continuing spread of the delta variant.

Australian cities have used lockdowns to successfully end coronavirus outbreaks throughout the pandemic. But the highly contagious delta variant poses new challenges in a national population with a relatively low vaccination rate. Melbourne’s sixth lockdown will be extended for a second week until the end of August 19, the Victoria state government said on Wednesday as it reported 20 new infections in the latest 24-hour period.

"This is very challenging, I know, for every single Victorian who would like to be going about their business. They’d like to be open and have a degree of freedom that’s simply not possible because of this delta variant,” Victoria Premier Daniel Andrews said. "If we were to open, then we would see cases akin to what’s happening, tragically, in Sydney right now,” he added.

Sydney, Australia’s largest city, reported 344 new infections on Wednesday. The only bigger daily infection tally was the 356 reported on Tuesday. Two COVID-19 patients died overnight, bringing the death toll for New South Wales state, home to Sydney, to 34 since the latest outbreak was detected in mid-June. Hopes are fading that Sydney’s lockdown, which began on June 26, will have contained the spread by Aug. 28, the date targeted for restrictions to be lifted.

But New South Wales Premier Gladys Berejiklian said some lockdown restrictions could be eased for vaccinated residents of some parts of the city of 5 million people from September. She did not say what relaxations of restrictions were being discussed by her government.

Australian authorities agree that at least 70% of the population must be vaccinated before lockdowns will no longer be needed. Only 24% of Australian adults had been fully vaccinated by Wednesday. "I’m really calling out to everybody to say please get vaccinated because ... there will be opportunities in September and October for us to be able to say to the community if you are vaccinated, you might be able to do a certain level of activity which you can’t now,” Berejiklian said. "September and October will be the most challenging months for us in terms of public policy, in terms of how we move forward, because we wouldn’t have reached the 70% but yet we would have increased vaccination rates,” she added.

A key to Australia’s success in containing COVID-19 is the government's extraordinary restrictions on its citizens traveling internationally. Most Australians have to request an exemption from an international travel ban to leave the country.

Thousands have missed weddings, funerals and opportunities to meet newborn relatives since the widely criticized ban began in March last year. From Wednesday, Australians who usually reside overseas will also have to apply for permission to leave the country. Previously they have been allowed to come and go at will. But the government is attempting to reduce their travel after last month, halving the quota of international arrivals allowed nationwide on commercial flights to 3,000 passengers a week.

The numbers were slashed to reduce the risk of delta leaking from hotel quarantine.