Azerbaijan ended war on its own, implemented UNSC decisions: Aliyev 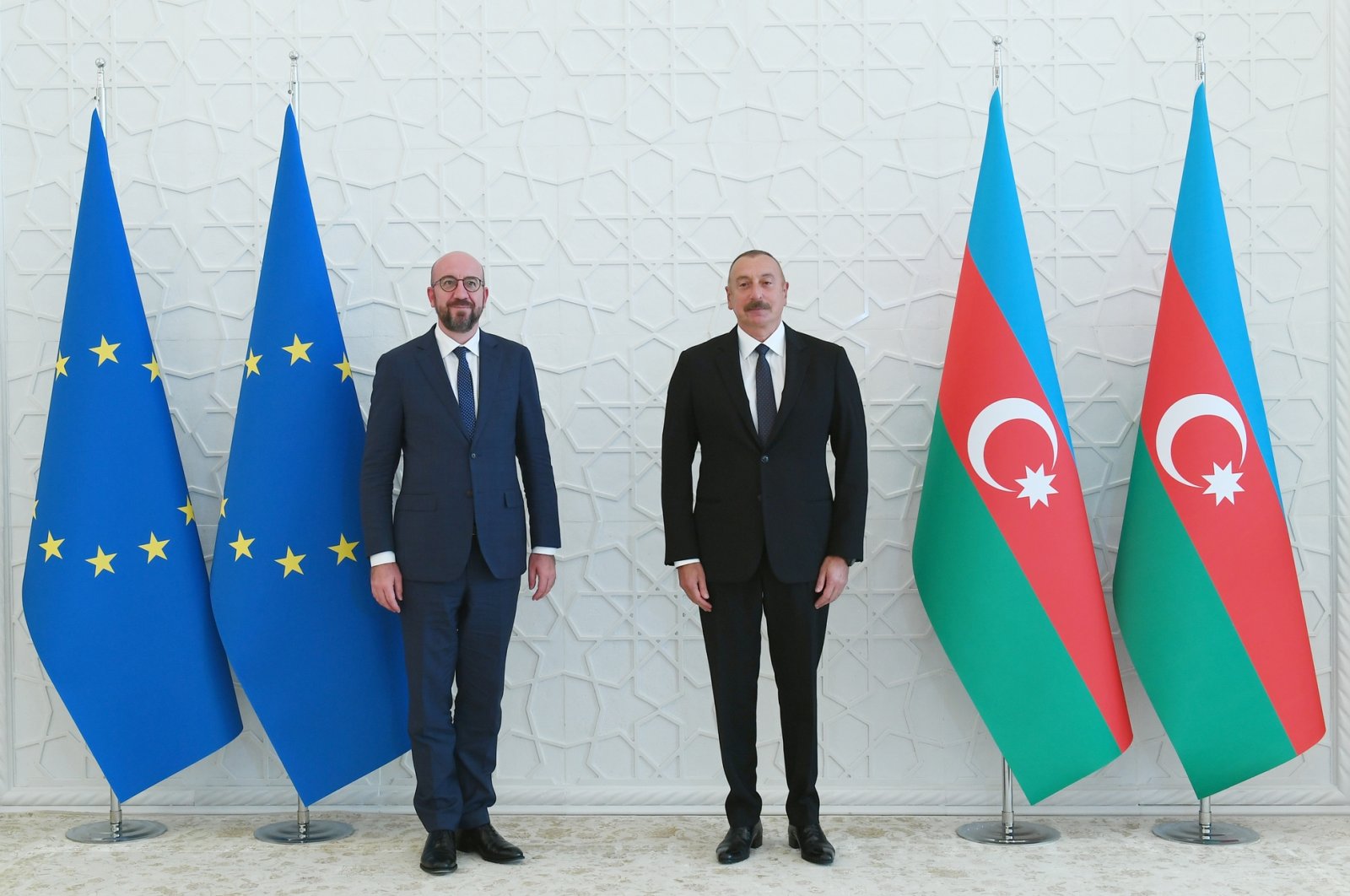 Azerbaijan has on its own implemented the United Nations Security Council decision demanding that Armenia withdraw from Baku’s territories and has ended the war, Azerbaijan’s President Ilham Aliyev stated on Sunday.

In a joint press conference with European Council President Charles Michel in the capital Baku, Aliyev spoke on the recent Nagorno-Karabakh conflict and reiterated that Azerbaijani territory had for long been under the occupation of Armenia.

“Now it is time to think about peace and turn the page. We are ready for this,” Aliyev said, indicating that he and Michel spoke on new plans, initiatives and comprehensive approaches to the new situation in the region.

“Through showing goodwill and a pragmatic approach, I believe that we can solve the problems remaining on the table and lay the foundations of wide regional cooperation. The European Union is playing a significant role in this regard and I am sure it will continue to do so,” Aliyev added.

Michel, for his part, stated that he discussed with Armenian Prime Minister Nikol Pashinian the importance of taking further steps within the scope of a possible peace agreement with Azerbaijan. He added that they discussed also the elements that need to be considered to ensure security and stability in the region.

Michel highlighted that the EU is ready to play a constructive and positive role.

Turkey similarly believes that permanent peace is possible through mutual security-based cooperation among states and people in the South Caucasus region. Turkish President Recep Tayyip Erdoğan had called for a six-nation platform comprised of Turkey, Russia, Iran, Azerbaijan, Georgia and Armenia for permanent peace, stability and cooperation in the region.