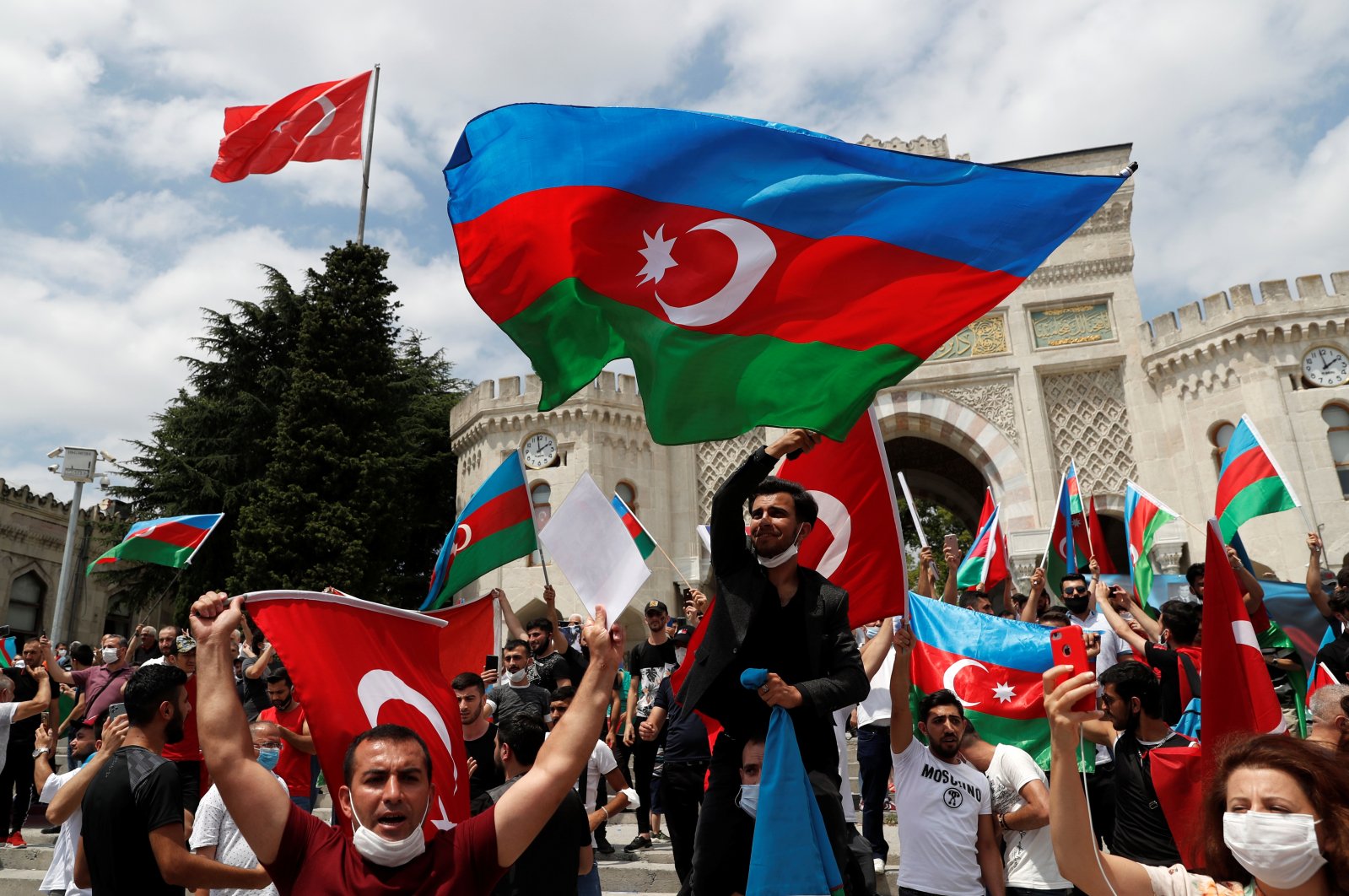 Azerbaijan blasted Iran late Monday for its "smear campaign" and claims about the presence of terrorist groups in the Caspian country.

"Our advice to those who want to look for terrorists is to take a good look around themselves," Leyla Abdullayeva, spokesperson for Azerbaijan's Foreign Ministry, said in a statement.

Her remarks were a rebuttal to recent claims by Iranian leaders, including Foreign Minister Hossein Amir-Abdollahian, about the presence of terrorists in Azerbaijan.

"Unfortunately, the Iranian Foreign Ministry does not give up its smear campaign against Azerbaijan. We categorically reject such accusations," said Abdullayeva.

Referring to last year's Karabakh conflict, she stressed that Azerbaijan and its army of more than 100,000 soldiers did not need mercenaries to defeat Armenia.

"Surprisingly, no such accusations were made by Iran during the war, and no such concerns were raised until a new government came to power (in Iran) after the war," Abdullayeva said, adding that an "anti-Azerbaijan campaign" will not benefit Iran in any manner.

She said Tehran has been resorting to "these baseless accusations" because Baku prevents the "illegal entry of Iranian trucks into Azerbaijan" and managed to liberate its occupied territories from Armenian control.

Tensions between Azerbaijan and Iran have escalated after Tehran moved troops close to the Azerbaijani border and conducted nonstop military maneuvers in reaction to a joint military drill by Azerbaijan, Turkey and Pakistan.

Relations between the former Soviet republics of Azerbaijan and Armenia have been tense since 1991, when the Armenian military occupied Nagorno-Karabakh, also known as Upper Karabakh, a territory internationally recognized as part of Azerbaijan, and seven adjacent regions.

The two countries signed a Russian-brokered agreement in November 2020 to end the fighting and work toward a comprehensive resolution.

On Jan. 11 this year, the leaders of Russia, Azerbaijan and Armenia signed a pact to develop economic ties and infrastructure to benefit the entire region. It included the establishment of a trilateral working group on Karabakh.