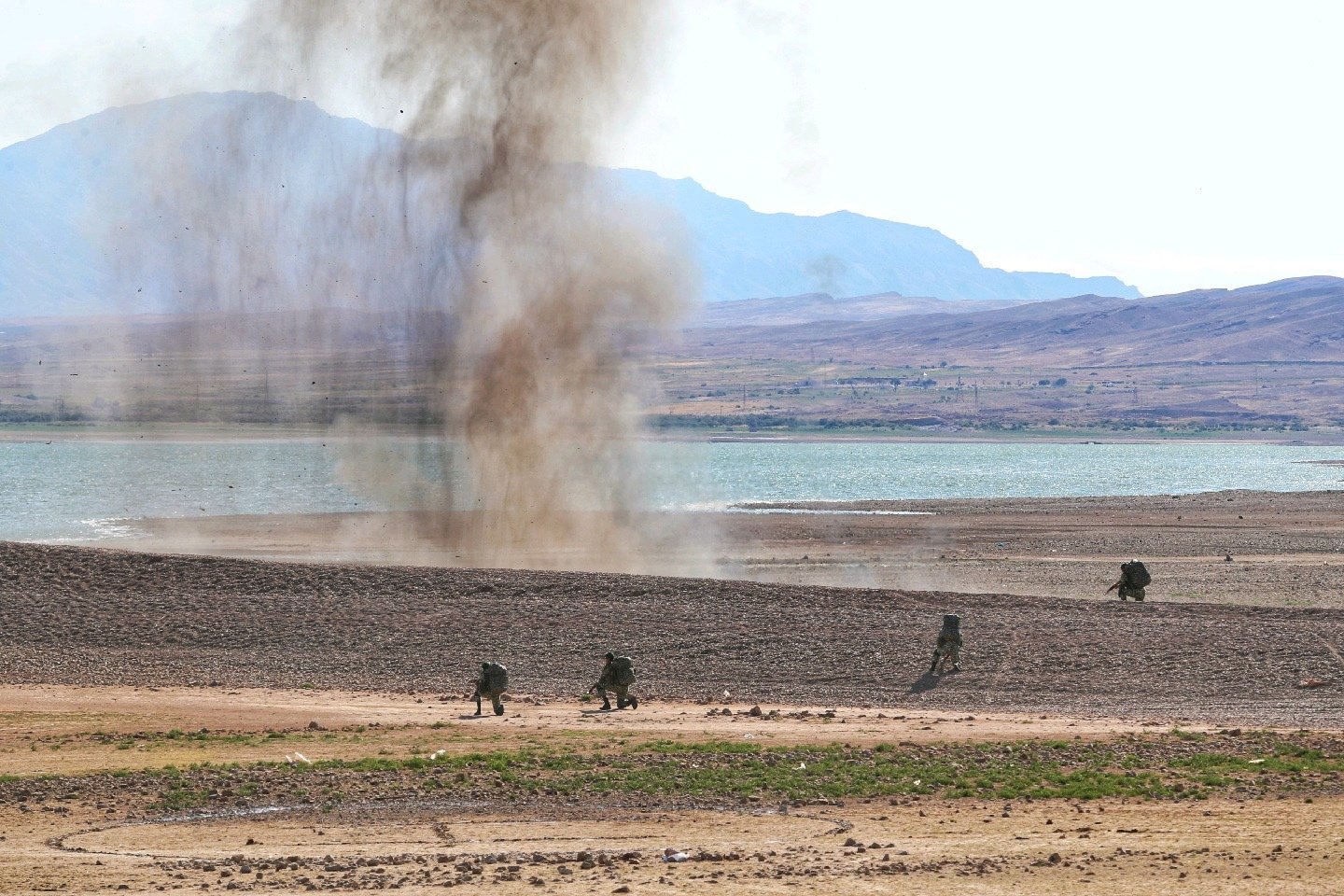 Underlining that there are no forces from third countries on the Iranian border, Azerbaijan Monday called on the Iranian authorities to "be responsible" in light of the false statements it issued.

In the statement released by the Azerbaijani State Border Service, it was noted that Commander of the Border Guards of the Islamic Republic of Iran Brigadier-General Ali Goudarzi made baseless statements about Azerbaijan to the Iranian press.

"The State Border Services officially declares that no forces of any third state have been on the border of Azerbaijan, do not exist now, and will not exist in the future," the statement said.

Claims that Azerbaijani lands were used to spy on Iran were also denied in the statement, in which it was stressed that "There are no foreign forces and experts in the border guard institutions on the Azerbaijani border. Azerbaijan Border Services do not need the support of foreign powers."

"At the moment the situation on the border with Iran is stable and Azerbaijan is under the full control of the border guards. All kinds of provocations against the interests of our state at the border will continue to be resolutely prevented. We urge the Iranian authorities to be more responsible and refrain from spreading false or defamatory information," Baku also said.

Goudarzi, in a statement to Iranian television, claimed that Israel sent intelligence agents and military personnel to Azerbaijan to spy on Iran.

Tensions are mounting between Iran and Azerbaijan as Tehran heckles Baku over its ties with Israel and Baku criticizes Tehran's "provocative" military actions near its borders.

Most recently, Iran said Wednesday that it has "serious concerns" about Israel's presence in the Caucasus. The comments came a day after unconfirmed reports in Azerbaijani media said Iran has closed its airspace for Azerbaijani army aircraft.

"We certainly will not tolerate geopolitical change and map change in the Caucasus," Iranian Foreign Minister Hossein Amir-Abdollahian told reporters in Moscow.

"We have serious concerns about the presence of terrorists and Zionists in this region," he added.

Since mid-September, tensions have soared between Iran and Azerbaijan, which share a 700-kilometer (430-mile) border.

Israel is a major arms supplier to Azerbaijan, which last year won a six-week war with neighbor Armenia over the Nagorno-Karabakh region.

The day before the drills were launched, Amir-Abdollahian told his Azerbaijani counterpart that Iran would not tolerate Israel's presence or activity "next to our borders" and vowed to take any necessary action.

Aliyev said Tuesday that Baku "will not leave unanswered" Tehran's "baseless" accusations of an Israeli military presence on its soil.