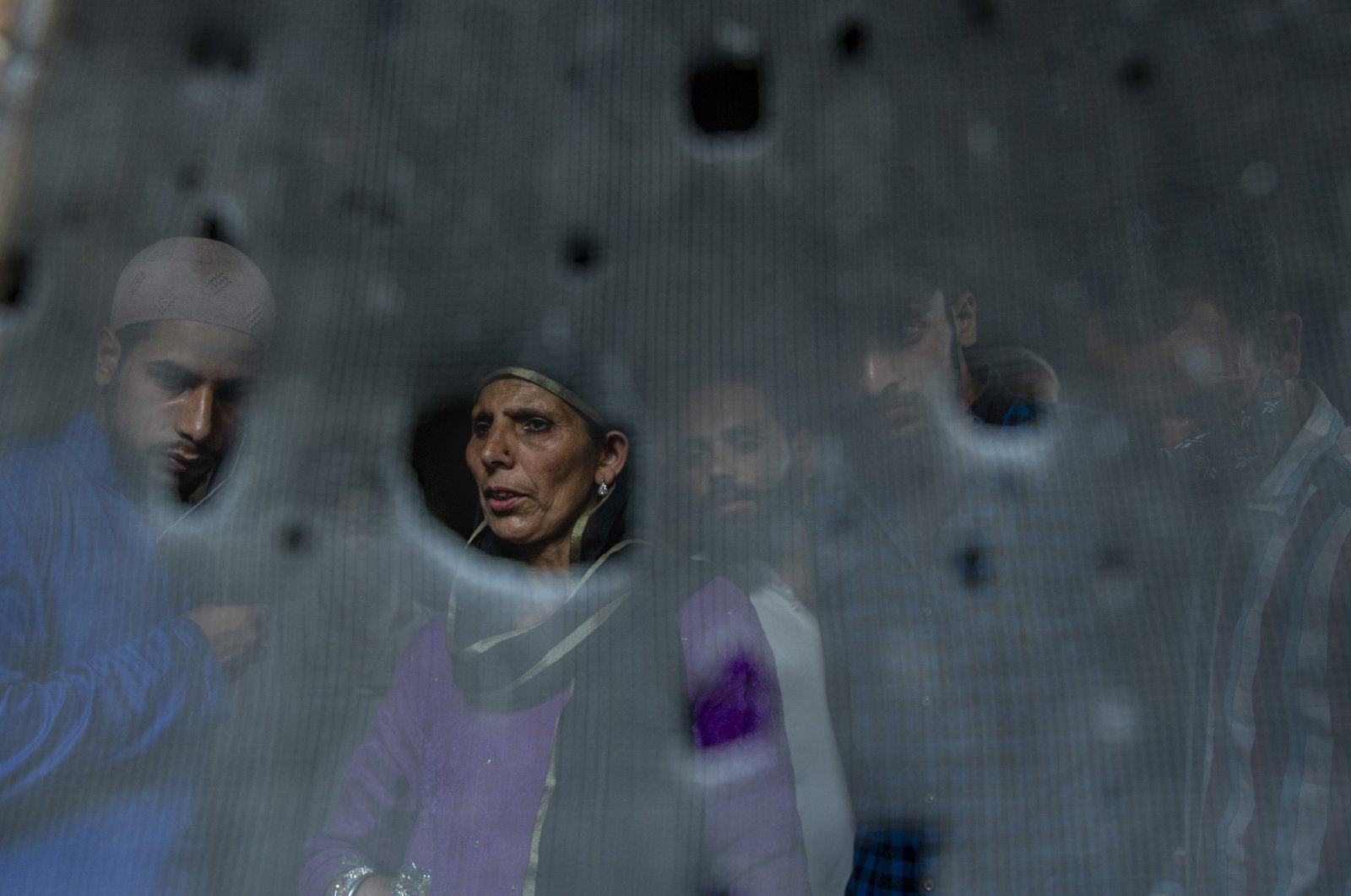 Kashmiri villagers are seen through the bullet-ridden iron mesh of a window of the residential house where suspected rebels were taking refuge, after a gunfight in Pulwama, south of Srinagar, Indian controlled Kashmir, Friday, July 2, 2021. (AP Photo)
by Anadolu Agency Jul 04, 2021 1:05 pm
RECOMMENDED

The two nuclear neighbors will no longer have backdoor contacts to resume the long-stalled talks between India and Pakistan, the latter country's security adviser said Saturday.

The contacts, according to Moeed Yusuf, have been abandoned because New Delhi failed to take any confidence-building measures, mainly the reversal of its August 2019 move on Kashmir.

"It's over now," Yusuf said in an interview with local broadcaster Geo News, claiming it was New Delhi that approached Islamabad for resumption of talks.

"It was India that approached us. They (New Delhi) said they wanted to talk on all disputed issues, including on Kashmir," he said without specifying the time period and location of the contact.

"We clearly conveyed them our demand i.e., reversal of the August 2019 move, for resumption of talks," he went on to say.

On Aug. 5, 2019, the Indian government revoked Article 370 and other related provisions from its Constitution, scrapping the country’s only Muslim-majority state with its autonomy. It was also split into two federally administered territories. Simultaneously, it locked the region down, detained thousands of people, imposed movement restrictions and enforced a communications blackout, according to Amnesty International.

"Since they (the Indian government) haven't done anything (favorable) in this regard, so it's over now," he said, foreseeing "no change" in India's stance on the August 2019 move.

"India is trapped in Kashmir after taking this step. It's in their own interest to reverse it," he further argued.

Commenting on last week's meeting of pro-Indian Kashmiri politicians with Indian Prime Minister Narendra Modi, Yusuf said New Delhi has failed to convince even its own allies over the controversial Kashmir move.

"They (politicians])too openly demanded the revocation of the August 2019 step and asked Prime Minister Modi to talk to Pakistan (over the Kashmir issue)," he contended.

The top intelligence officials of the two nuclear-armed neighbors reportedly met in the United Arab Emirates (UAE) in January in an attempt to stem heightened tensions between the two sides. In April, UAE's Ambassador to the United States Yousef Al Otaiba confirmed that Abu Dhabi was mediating between New Delhi and Islamabad to help reach a "healthy and functional” relationship.

Addressing a virtual session with Stanford University’s Hoover Institution, Otaiba said his country had a role in the recent cease-fire at the Line of Control (LoC), the de-facto border that divides Kashmir between India and Pakistan, which could get relations back to a "healthy level.”

In March, the two militaries agreed to honor the 2003 cease-fire along the LoC, followed by an exchange of letters between the two premiers, which was widely viewed as an outcome of the reported backdoor diplomacy.

A small sliver of Kashmir is also held by China. Some Kashmiri groups in Jammu and Kashmir have been fighting against the Indian rule for independence or unification with neighboring Pakistan.

Indian defense officials said it has some 500,000 troops in one of the world's most militarized regions.