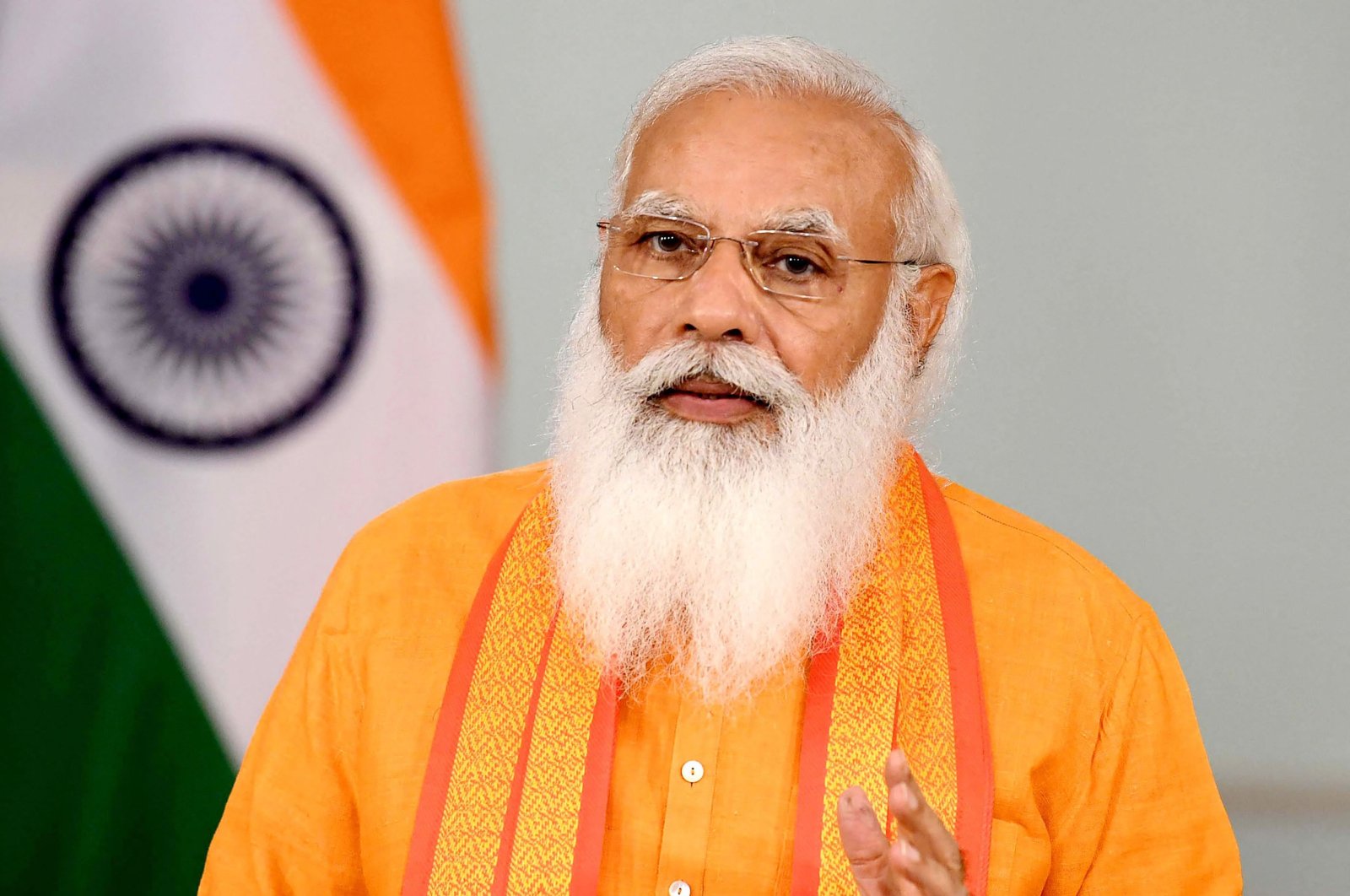 India’s prime minister was scheduled to hold a crucial meeting with pro-India politicians from disputed Kashmir on Thursday for the first time since New Delhi stripped the region of its semi-autonomous status and jailing thousands in the ensuing crackdown.

Experts say the meeting is meant to ward off mounting criticism at home and abroad after Prime Minister Narendra Modi's Hindu nationalist government in August 2019 downgraded the region's status, split it into two federal territories – Ladakh and Jammu-Kashmir – and removed inherited protections on land and jobs for the local population.

Following the abrogation of Articles 370 and 35A, Indian authorities imposed a slew of administrative changes through new laws, often drafted by bureaucrats, that triggered resentment and anger as many likened the moves to the beginning of settler colonialism. Modi has repeatedly called the changes overdue and necessary to foster economic development and fully integrate Kashmir with India. Indian authorities detained thousands of Kashmiri politicians and anti-India activists in the offensive campaign against the disputed region.

Muslim-majority Kashmir is divided between India and Pakistan, which both claim it in its entirety. Rebels have been fighting against Indian rule since 1989. Most Muslim Kashmiris support the rebel goal that the territory be united either under Pakistani rule or become an independent country.

Modi was chairing the meeting in New Delhi later Thursday that is likely to be attended by the Himalayan region’s 14 political leaders, including Modi's own party members.

While no agenda has been provided for Thursday's meeting there is speculation that the federal government wants to resume suspended political activity in the region and restore the statehood that was seized two years ago.

Among those invited are Kashmir's former three top elected officials – Farooq Abdullah, his son Omar Abdullah, and Mehbooba Mufti, who was a regional coalition partner of Modi's Bharatiya Janata Party (BJP) for nearly two years after the 2016 state elections.

Those three and few other invited leaders were among thousands arrested and held for months in 2019. They have criticized India’s policies in Kashmir and formed an alliance with four other parties to fight them, calling them "spitefully shortsighted and unconstitutional.” The opposition leaders were detained under the controversial Public Safety Act (PSA), which was described by human rights organization Amnesty International as a “lawless law.” After spending eight months in detention, Farooq Abdullah was freed last year while his son was released shortly after that in October. Mufti also was released in October after 14 months of house arrest.

Following the crackdown, two main Kashmiri parties, namely Abdullahs' the National Conference and the Peoples Democratic Party (PDP) led by Mufti, united with smaller parties and formed the People’s Alliance for Gupkar Declaration (PAGD). The coalition's goal is the restoration of the limited autonomy and statehood of India under the rule of Kashmir.

Before heading to New Delhi, Kashmiri leaders said they unaware of the agenda of the meeting. “We hope that we will present our position in front of the prime minister and home minister,” senior Abdullah told reporters at a news conference after PAGD members met in the main city of Srinagar on Tuesday. Mufti said “there is a need for dialogue for the resolution of Jammu and Kashmir” issue and that India has “humiliated” politicians and activists in the past two years.

“Whatever has been snatched from us, we will talk about it. Without restoring our rights, we will tell them (the government) that they cannot bring peace to the region,” she said, referring to Article 370.

The meeting was happening against the backdrop of the reaffirmation of a 2003 cease-fire accord between India and Pakistan in February as part of a peace deal brokered by the United Arab Emirates (UAE).

Sushant Singh, a senior fellow at the Center for Policy Research, a public policy think tank in India, in a tweet said Tuesday that the UAE-brokered backchannel talks led to "certain commitments from the Modi government on Kashmir.”

The BJP has made several controversial changes to the region's laws over the past two years, including allowing outsiders to permanently settle in the region, which locals fear will change the nature of its Muslim majority.

India also alleges large-scale cease-fire violations by the Pakistan Army since gaining independence from British rule in 1947. They have fought two of their three wars over control of Kashmir, which is divided between them and claimed by both in its entirety. Both sides often exchange fire in Kashmir and civilians are caught in the crossfire whenever such violence erupts. Since 1947, more than 94,000 Kashmiris have been killed during clashes with Indian authorities, according to Pakistani sources.