Bangladesh arrests owner of ferry after blaze kills at least 39 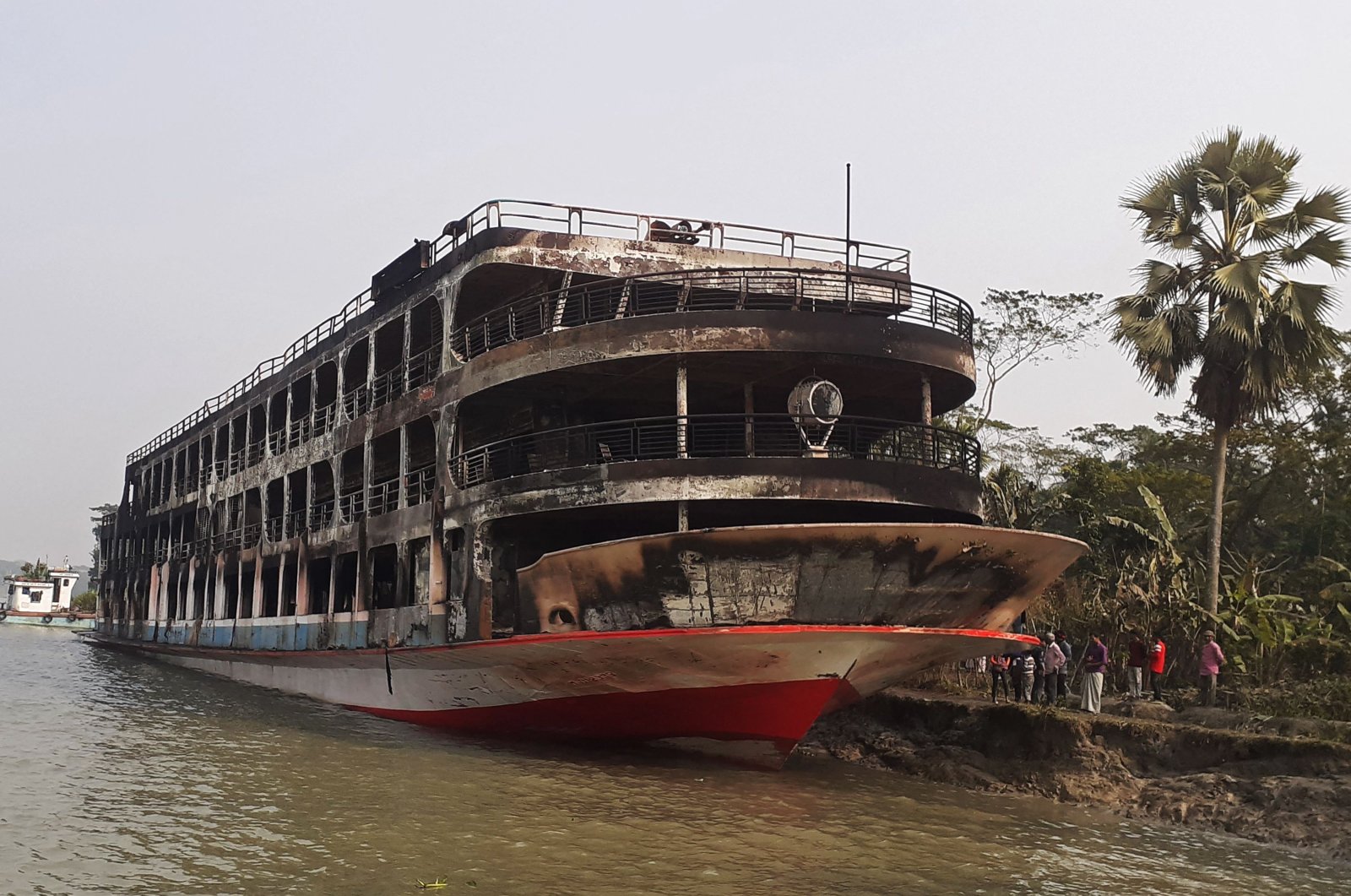 One of the owners of the ferry that caught fire in Bangladesh, killing at least 39 passengers, was arrested by police. The incident happened Friday and burned out the vessel completely.

Ham Jalal, one of the four owners of the ferry, was picked up in the Keraniganj suburb of Dhaka on Monday following an arrest warrant issued by a court, said police official Khandaker Al Moin.

The court on Sunday issued the warrant after Bangladesh’s shipping directorate filed a case against eight people, including the four owners and captains of the ferry, accusing them of flouting safety regulations that led to the blaze and casualties.

The rest of the accused are still on the run, Moin said.

The fire broke out on the MV Obhijan-10, which was carrying nearly 800 people, on Friday as it traveled along the Sugandha river in Jhalakathi district, nearly 150 kilometers (93 miles) southwest of Dhaka.

Many passengers jumped into the river from the blazing vessel. At least 39 people were confirmed dead and nearly 100 others were admitted to hospitals with burn injuries, according to official counts.

Rescue workers are still searching the river for 29 passengers who are still missing since the accident, said Zohar Ali, chief of the district administration.

Deaths in ferry accidents are frequent in Bangladesh, a country of many rivers, due to the lax implementation of regulations.