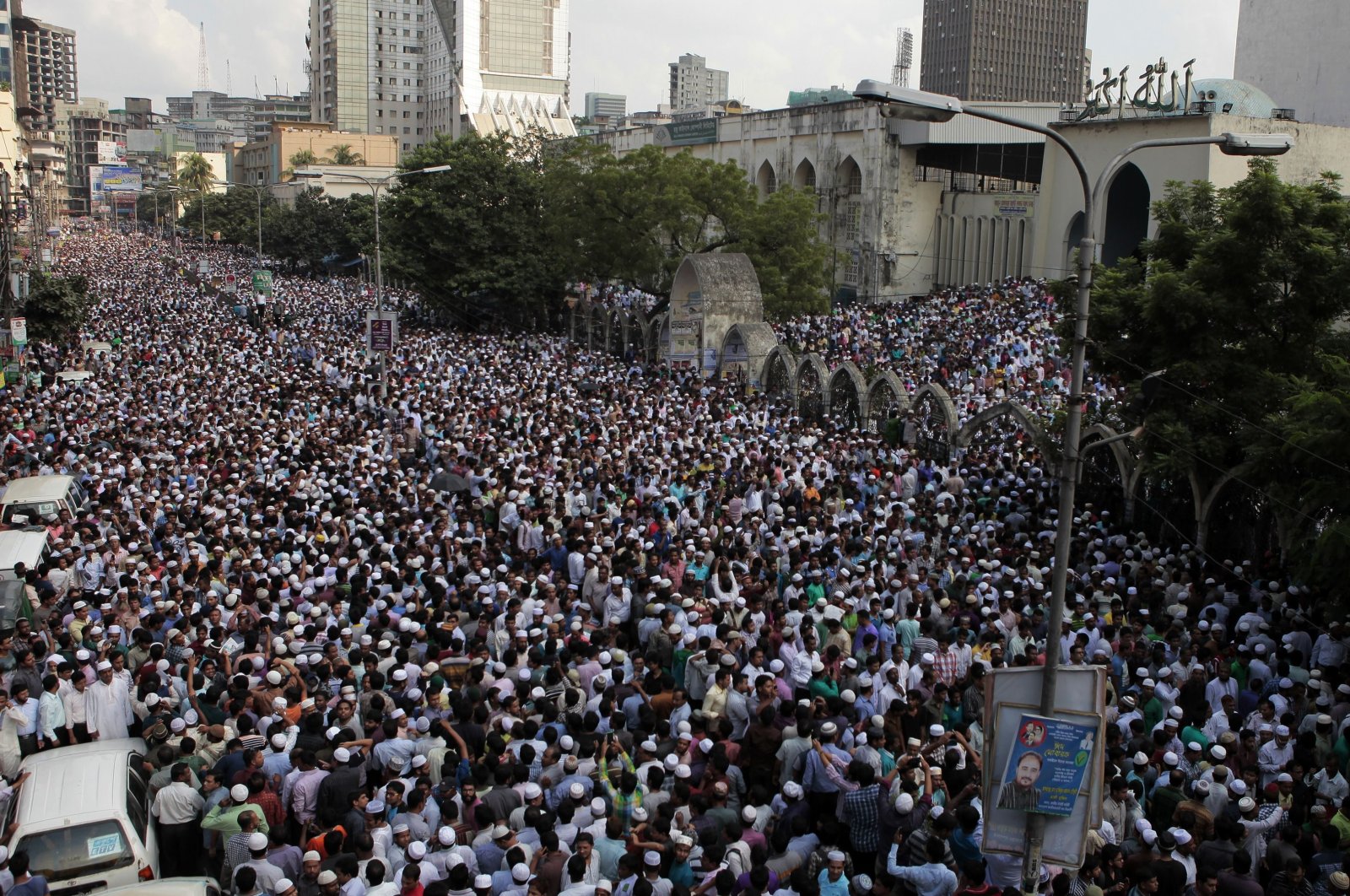 Bangladesh's largest religious political party, Jamaat-e-Islami, organized a rally in the capital Dhaka on Monday to condemn a petition filed in the Indian Supreme Court seeking the removal of 26 verses from the Muslim holy Quran.

Waseem Rizvi, former chairperson of the Shia Central Board of Waqf (Trust) in Uttar Pradesh, India, and a Bollywood film producer, filed a petition two days ago claiming that parts of the Quran are "provocative of violence" and incite people to "jihad," which he interpreted as armed struggle.

Hundreds of Jamaat supporters came to the capital's business hub in the Motijheel area and later rallied on the main road chanting slogans against Rizvi.

The protesters also demanded that the Indian court immediately reject the petition and bring Rizvi to trial for hurting over a billion Muslims' religious sentiments around the world.

Speaking to Anadolu Agency (AA), Jamaat leader Dr. Shafiqur Rahman said no Muslim would dare submit such a petition on the Quran as "Allah Himself has taken the guarantee to protect this book from any alteration."

It is the extreme audacity of Rizvi, the so-called Shia leader, to approach the court for the expulsion of 26 verses from the Quran, which have remained unchanged for the last 1,500 years, Rahman added.

"Leave aside 26 verses, no one has the authority to alter even a single digit of the holy Quran," Rahman said. He urged the Indian government to immediately arrest Rizvi and bring him to trial for hurting the religious sentiments of the world's Muslims.