Biden calls US 'clumsy' in submarine deal at meeting with Macron 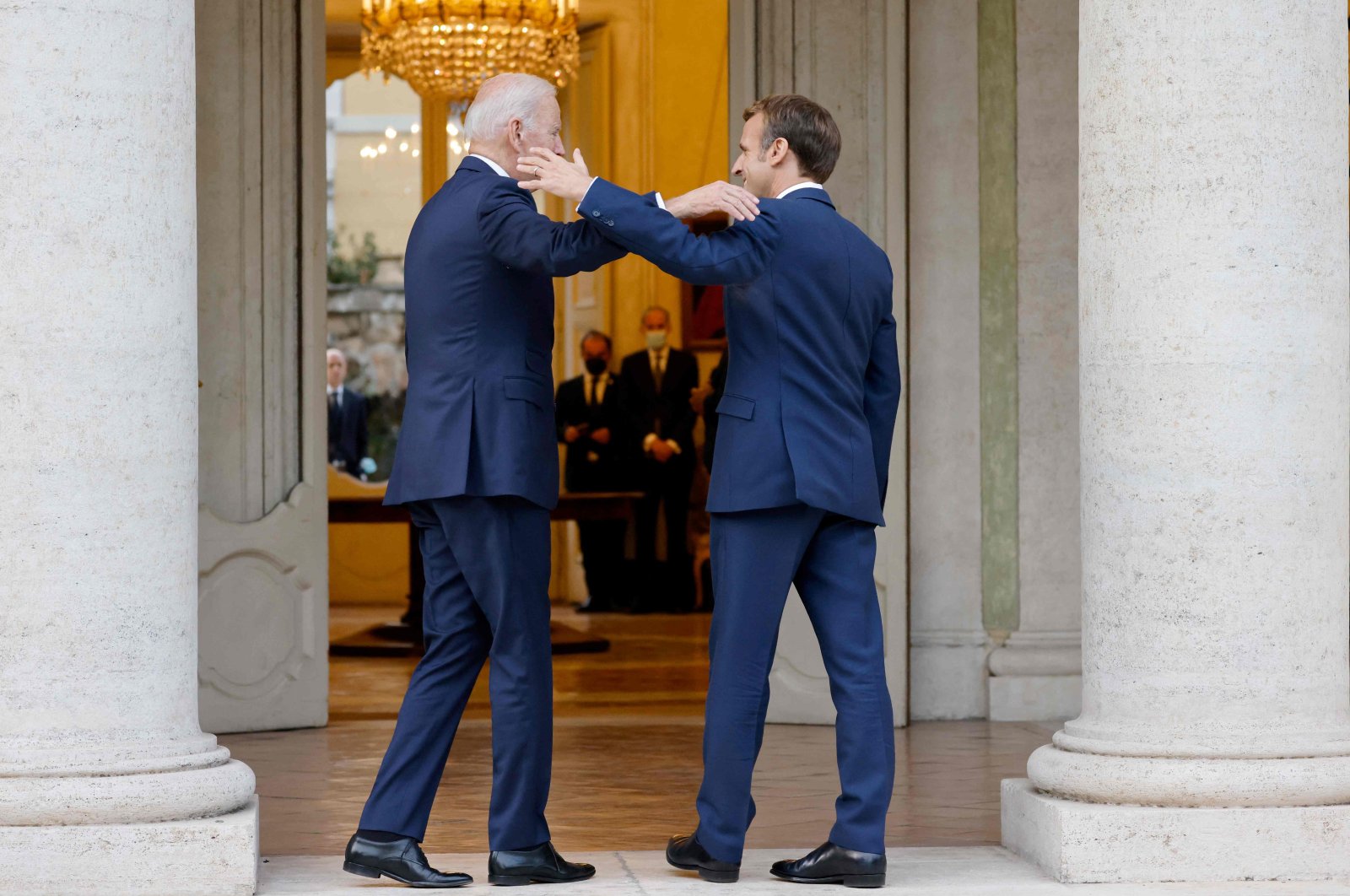 U.S. President Joe Biden on Friday met his French counterpart Emmanuel Macron at the G20 summit in Rome, Italy and addressed Washington's rift with Paris over his country’s security pact with Britain and Australia, saying what the United States did was “clumsy.”

Biden used the opportunity to turn the page on a relationship that came under strain over the U.S.-Australia security alliance, known as AUKUS, which also includes the United Kingdom. The pact effectively canceled a 2016 Australian-France submarine deal.

Biden said the handling of the issue was "clumsy" and he was under the impression that France had already been informed that their deal with Australia was not going through.

Biden and Macron had spoken to each other following the rift and discussed security cooperation in Africa, Europe and the Indo-Pacific.

Macron also spoke with Australian Prime Minister Scott Morrison by telephone on Thursday for the first time since the diplomatic crisis over a scrapped submarine deal last month.

Macron reiterated that Canberra's decision to cancel a deal for conventional-powered French subs in favor of U.S. nuclear vessels "had broken the relation of trust between our two countries," his office said in a statement. "It is now up to the Australian government to propose concrete actions that could embody the will of Australian authorities to redefine the bases of our relationship and pursue joint action in the Indo-Pacific region," it said.

Paris was furious after Australia ditched the deal last month, saying it had been given no warning that Australia was instead negotiating a new defense AUKUS pact with the U.S. and Britain. Australia had signed a contract in 2016 to buy the French subs, a deal worth 50 billion Australian dollars ($36.5 billion) when signed.