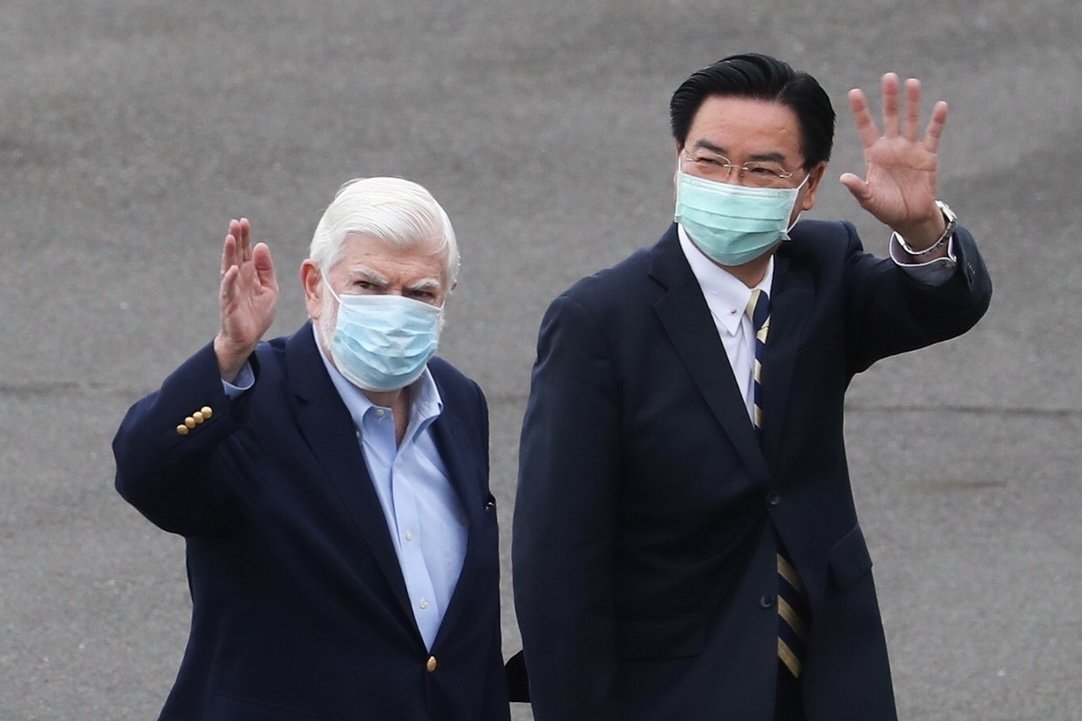 President Joe Biden showed a signal of support for Taiwan as it faces increasingly hostile moves by China by sending an unofficial delegation of former U.S. officials to the democratic island on Wednesday.

They are expected to meet President Tsai Ing-wen on Thursday.

"Once again this visit demonstrates the firm relationship between Taiwan and the United States," said presidential office spokesperson Xavier Chang.

Taiwan's 23 million people live under the constant threat of invasion by authoritarian Beijing, which claims the island as its own and has vowed to one day seize it.

It uses diplomatic, economic and military pressure to keep Taiwan isolated on the world stage and bristles whenever countries send delegations or maintain contacts with Taiwan.

Over the past year, Beijing's saber-rattling has increased considerably with Chinese fighter jets and nuclear-capable bombers breaching Taiwan's air defence zone on a near-daily basis.

Washington has diplomatically recognized Beijing over Taiwan since 1979.

But it maintains relations with Taipei and is bound by an act of Congress to sell the island defensive weapons. It also opposes any attempt by China to change Taiwan's future by force.

This week's delegation comes on the 42nd anniversary of that legislation – the Taiwan Relations Act – which Biden signed when he was a young senator.

It also comes after the State Department said on Friday it was issuing new guidelines allowing U.S. officials to meet more easily with Taiwanese counterparts.

Biden's predecessor Donald Trump ramped up contacts and visits to Taiwan by U.S. officials as relations between Washington and Beijing plunged over a host of issues.

Biden has made clear he wishes to cooperate with China on common causes such as climate change.

But concerns about China under President Xi Jinping have become a rare bipartisan issue in Washington and Biden has maintained a tough line with Beijing over its human rights record and threats towards Taiwan.

U.S. climate envoy John Kerry will visit China later this week in the first trip there by the Biden administration, seeking to raise global ambitions despite soaring tensions with Beijing on other fronts.

"We have big disagreements with China on some key issues, absolutely. But climate has to stand alone," Kerry told CNN.