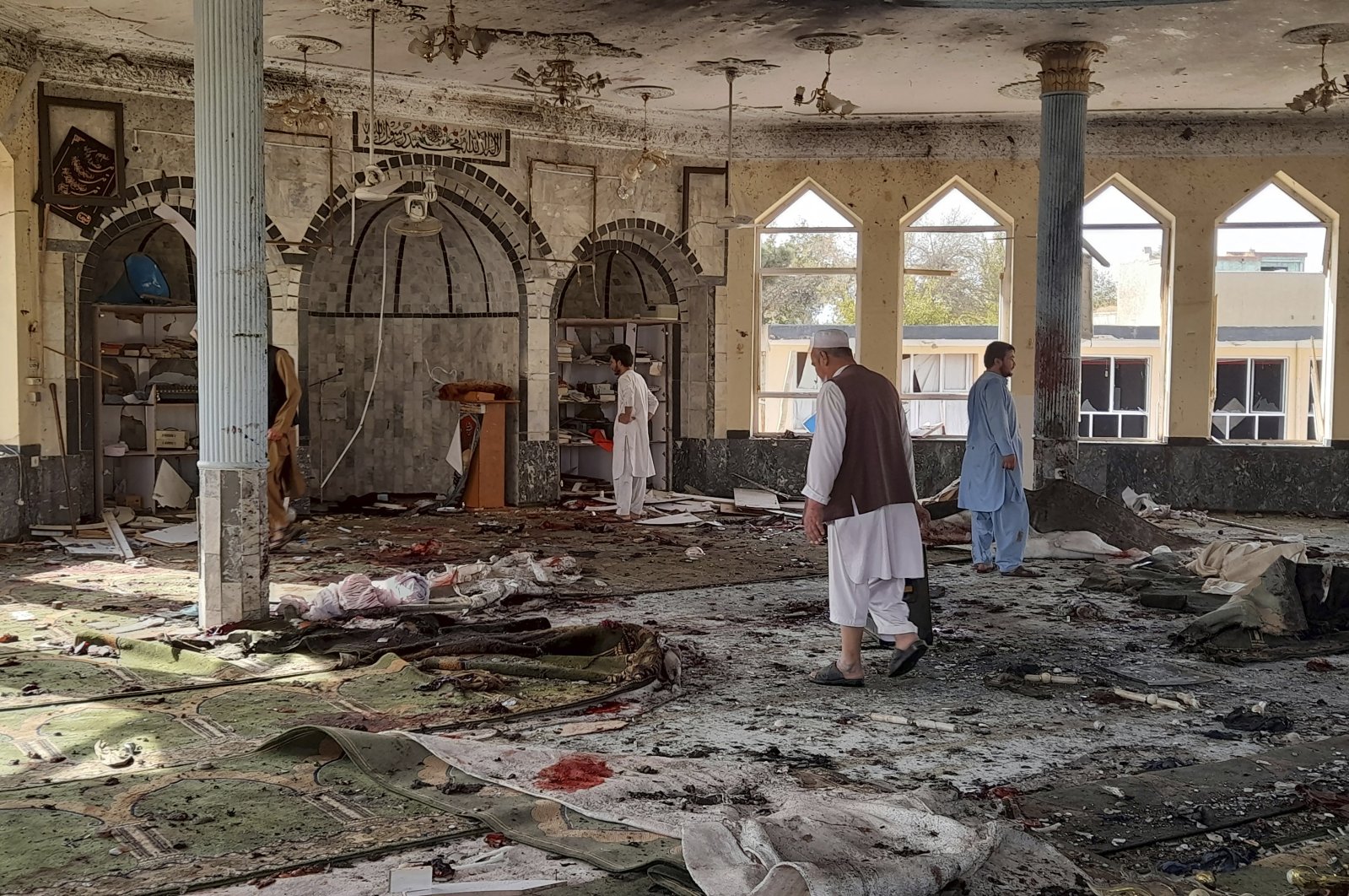 An explosion at a mosque in northern Afghanistan on Friday that targeted Shiite Muslim worshippers left at least 100 people killed or wounded, a Taliban police official said.

The official, Dost Mohammad Obaida, the deputy police chief for Kunduz province, said that the "majority of them have been killed.” He said the attack may have been carried out by a suicide bomber who mingled among the worshipers.

"I assure our Shiite brothers that the Taliban are prepared to ensure their safety,” Obaida said, adding that an investigation was underway.

Matiullah Rohani, director of culture and information in Kunduz, also asserted that Friday's explosion was a suicide attack. "Our initial findings show that it is a suicide attack," Rohani told Agence France-Presse (AFP).

There was no immediate claim of responsibility for the blast, which took place in the city of Kunduz, the capital of Kunduz province, but Daesh militants have a long history of attacking Afghanistan’s Muslim minority. The Taliban have been targeted in a series of deadly Daesh attacks, including shooting ambushes and an explosion at a mosque in the capital of Kabul.

The explosion went off during the weekly Friday prayer service at the Gozar-e-Sayed Abad Mosque. The Friday noon prayer is the highlight of the Muslim religious week, and mosques are typically crowded.

Witness Ali Reza told The Associated Press (AP) he was praying at the time of the explosion and reported seeing many casualties. Photos and video from the scene showed rescuers carrying a body wrapped in a blanket from the mosque to an ambulance. The stairs at the entrance of the mosque were covered in blood.

According to AFP, a hospital in Afghanistan's Kunduz city received the bodies of at least 15 people killed in Friday's mosque attack, a Doctors Without Borders (MSF) source said.

"We have received more than 90 wounded patients and over 15 dead bodies, but the number will change. We are still receiving more people," said the hospital worker, who did not want to be named.

A doctor at Kunduz Central Hospital, who did not want to be named, said: "So far we have received 35 dead bodies and over 50 wounded people in our hospital."

Earlier Friday, the chief Taliban spokesperson Zabihullah Mujahid said the mosque was the target and that a "large number” of worshippers were killed and wounded. He said Taliban special forces had arrived at the scene and were investigating the incident.

The Taliban leadership has been grappling with a growing threat from the local Daesh terrorist group. Daesh militants have ramped up attacks to target their rivals, including two deadly bombings in Kabul. Daesh has also targeted Afghanistan’s religious minorities in attacks.

The local Daesh affiliate has also claimed responsibility for the horrific Aug. 26 bombing that killed at least 169 Afghans and 13 U.S. military personnel outside the Kabul Hamid Karzai International Airport in the final days of the chaotic American pullout from Afghanistan.