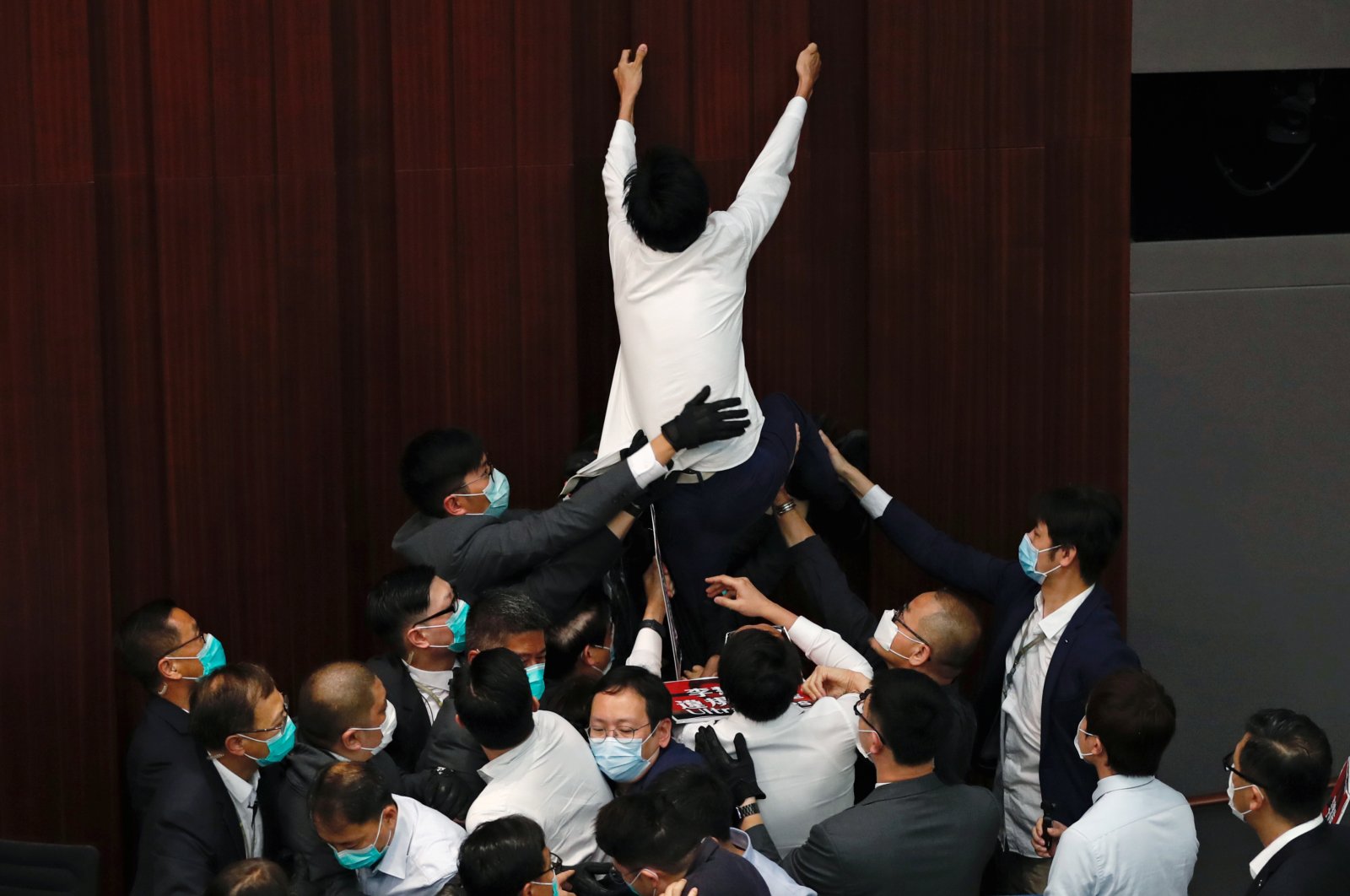 Rival Hong Kong lawmakers clashed Friday inside the city's legislature which has been paralyzed for seven months as pro-democracy politicians attempt to scupper a controversial law that bans insulting China's national anthem.

The chaotic scenes come weeks after Beijing sparked a constitutional row by calling for filibustering opposition politicians to be removed from office.

Pro-democracy lawmakers are trying to stop bills progressing to a vote in order to scuttle the anthem law.

The delays triggered angry denunciations last month from the Liaison Office, which represents Beijing in the semi-autonomous city.

Friday's clashes were sparked by a row over who gets to control the House Committee, which scrutinizes bills before they go to the floor and has been without a committee leader since October.

For months pro-democracy politicians have halted the election of a president – one of the few weapons in their arsenal in the partly elected legislature that is deliberately stacked in Beijing's favor.

On Friday afternoon prominent pro-Beijing politician Starry Lee took the leader's seat after legal advice from government lawyers said she was empowered to break the deadlock.

But pro-democracy politicians, armed with their own rival legal advice, accused her of breaching the rules.

Mayhem ensued with security guards and pro-Beijing lawmakers surrounding Lee as their opponents tried to access the roster with one even trying to climb a wall behind them.

Security officials later dragged multiple pro-democracy lawmakers from the chamber as both camps thrust live-streaming phones and protest placards in each others' faces.

Beijing has been incensed by the paralysis and last month suggested pro-democracy politicians should be prosecuted.

Those comments sparked accusations that the Liaison Office had breached a provision in the city's constitution banning the Chinese government from interfering in how Hong Kong runs itself.

The Liaison Office promptly announced it was not bound by the constitution, raising political tensions further.

The argument comes as protests begin to bubble up in Hong Kong once more.

The city was upended by seven months of violent pro-democracy protests last year. But mass arrests and the coronavirus pandemic imposed four months of comparative calm.

Shortly after the Liaison Office statements, small flashmob protests rekindled, including a lunchtime rally on Friday in an upmarket mall. The latest gatherings have been swiftly put down by riot police.

Hong Kong is in a deep political crisis over its future.

Large chunks of the population fear authoritarian Beijing is eroding the city's freedoms and have hit the streets in millions asking for universal suffrage.

Beijing has dismissed those demands and the growing public anger, portraying the political unrest as a foreign sponsored plot to destabilize the Chinese Communist Party