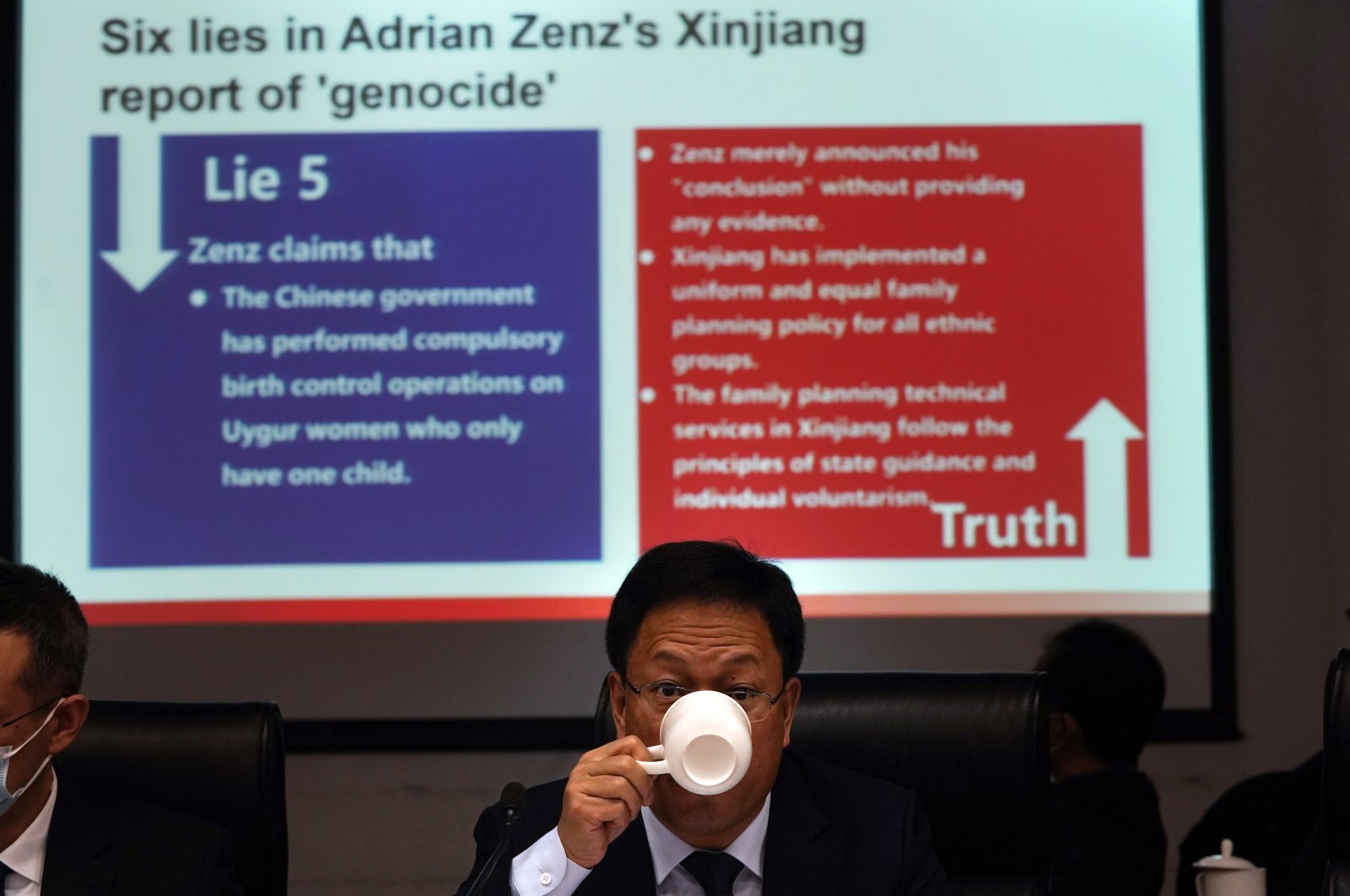 Xu Guixiang, a deputy spokesperson for the Xinjiang regional government, drinks from a cup near a slide refuting claims of genocide during a press conference in Beijing, China, Jan. 11, 2021. (AP Photo)
by French Press Agency - AFP Jan 13, 2021 6:12 pm
RECOMMENDED

Canada on Tuesday announced a ban on the import of goods suspected of being made using forced labor in China's restive Xinjiang region, following a similar move by Britain.

In a statement, the foreign ministry said it was "gravely concerned with evidence and reports of human rights violations" against Xinjiang's Muslim Uighurs and other ethnic minorities in the autonomous northwestern region.

The ministry lashed out at what it called "repressive surveillance, mass arbitrary detention, torture and mistreatment, forced labor and mass transfers of forced laborers from Xinjiang to provinces across China."

The import ban and other measures, the Canadian government said, were rolled out in coordination with Britain and other international partners in defense of Uighur rights and to prevent goods made "wholly or in part" with forced labor "from entering Canadian and global supply chains."

Rights groups say at least 1 million Uighurs and other Turkic Muslims in Xinjiang have been incarcerated in camps. China describes the camps as vocational training centers intended to offer an alternative to Islamic extremism.

According to a March 2020 report by the Australian Strategic Policy Institute think tank, dozens of global brands, including Nike and Apple, have benefited from Uighur forced labor in the manufacturing of their products.

Relations between Canada and China are currently at a low, following Ottawa's arrest on a U.S. warrant of Huawei executive Meng Wanzhou and China's detention of two Canadians, a move slammed by Western nations as retaliation.