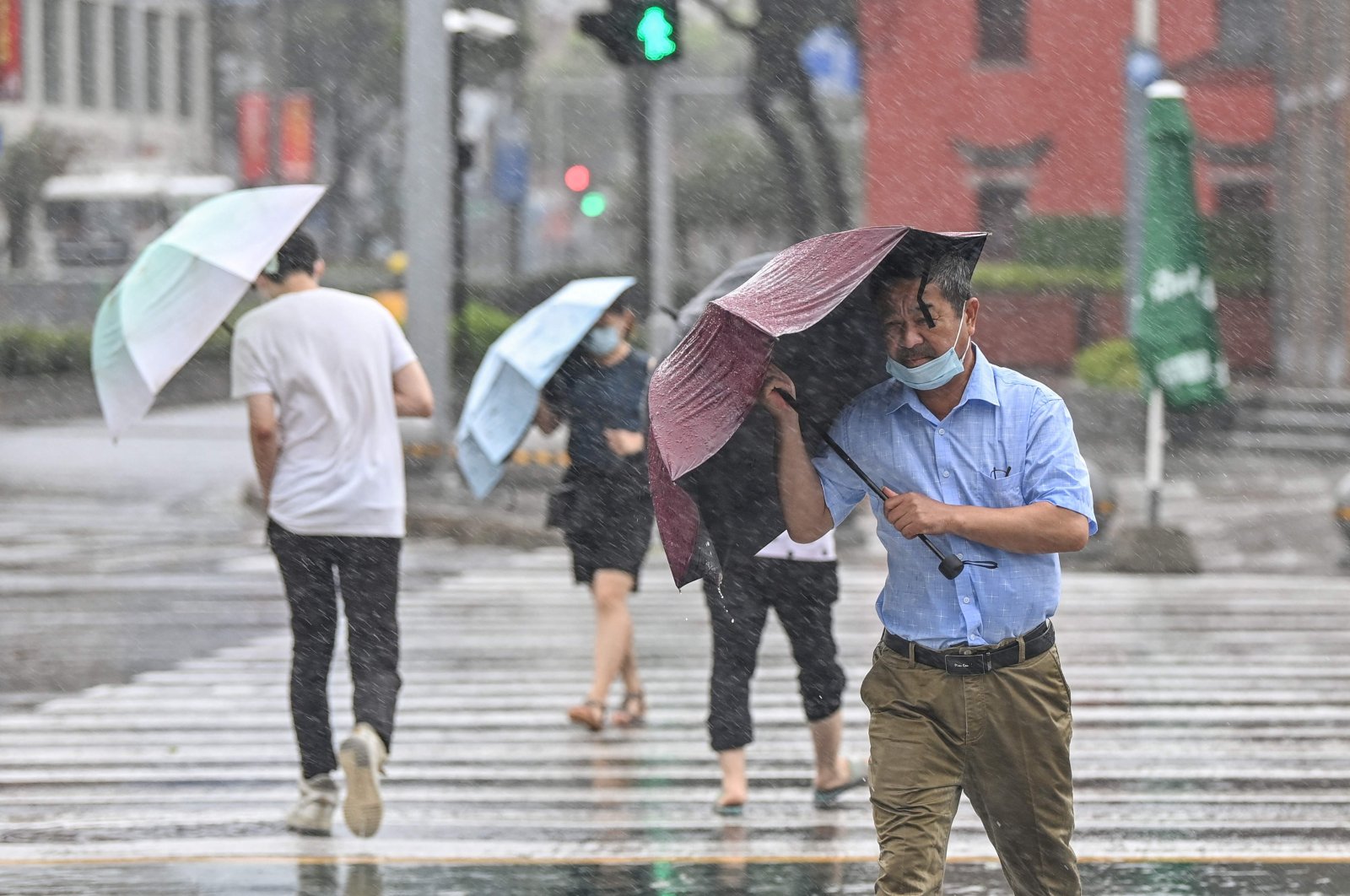 The typhoon landed in the Putuo district of the city of Zhoushan, a major port in the east coast province of Zhejiang, at 12:30 p.m. (4:30 a.m. GMT) on Sunday, state broadcaster CCTV said, citing the China Meteorological Administration.

The storm hit as central China is still reeling from record flooding that killed at least 58, cut off power and forced the relocation of more than 1 million people.

"We will make every effort to ensure the safety of people's lives and property, and do everything to minimize disaster losses, and strive to achieve the goal of no deaths and few injuries and economic losses," said Yuan Jiajun, the Zhejiang province Communist Party secretary, during an inspection of preparations on Saturday, official media reported.

The Meteorological Administration earlier said the typhoon was moving at a speed of 15 km per hour (9 miles per hour).

In-fa's wind speeds were up to 38 meters per second, the Meteorological Administration said. That is equal to about 137 kph (85 mph), according to Reuters calculations.

It was due to travel north along the Zhejiang coast from around noon, passing Shanghai and reaching northeastern Jiangsu province by the evening.

The Zhejiang emergency management department upgraded its typhoon response to the highest level on Saturday, closing schools and markets, and suspending road traffic when necessary.

Both Shanghai, home to about 26 million people, and Hangzhou to the south canceled inbound and outbound flights from Saturday, and many train services in the region were also halted.

The Shanghai government said it would slow its subway trains, while Hangzhou authorities warned residents that underground trains would be suspended.

Flooding in the central Chinese city of Zhengzhou last week killed 12 people who were trapped in the subway system.

Shanghai Disneyland will close on Sunday and Monday because of the weather, the resort announced, while the city's Yangshan Port has evacuated hundreds of vessels, the official Xinhua news agency reported.