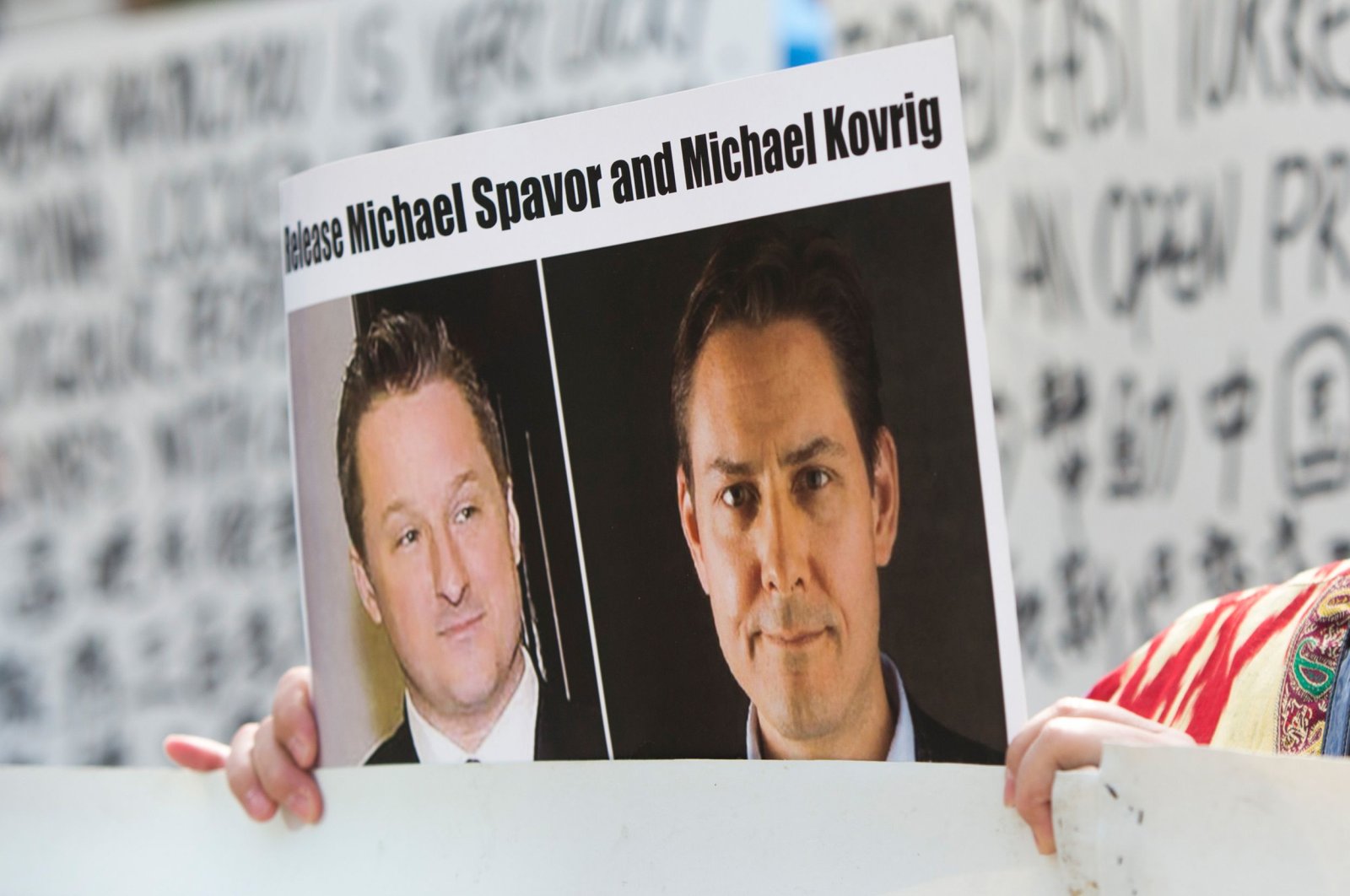 In this May 8, 2019, file photo, a protester holds up a placard depicting detained Canadians Michael Spavor, left, and Michael Kovrig outside a court during a hearing for Huawei Chief Financial Officer, Meng Wanzhou at the British Columbia Supreme Court in Vancouver, Canada. (AFP Photo)
by ASSOCIATED PRESS Jun 19, 2020 9:08 am

Chinese prosecutors charged two detained Canadians with spying Friday in an apparent bid to step up pressure on Canada to drop a U.S. extradition request for a Huawei executive under house arrest in Vancouver.

Both men have been held for 18 months. They were detained shortly after the December 2018 arrest of Meng Wanzhou, a top executive at Chinese tech giant Huawei. The daughter of Huawei’s founder was arrested at the request of U.S. authorities who want her on fraud charges related to trade with Iran.

China has denied any link between her case and the lengthy detention of the two Canadian men, but outside experts see them as linked. Meng has been released on bail while her extradition case proceeds in court.

China has also sentenced two other Canadians to death and suspended imports of Canadian canola, while saying those moves were also unrelated to Meng's case.

Relations between Canada and China are at their lowest point since the Chinese military’s bloody crackdown on pro-democracy protests centered on Beijing’s Tiananmen Square in 1989.