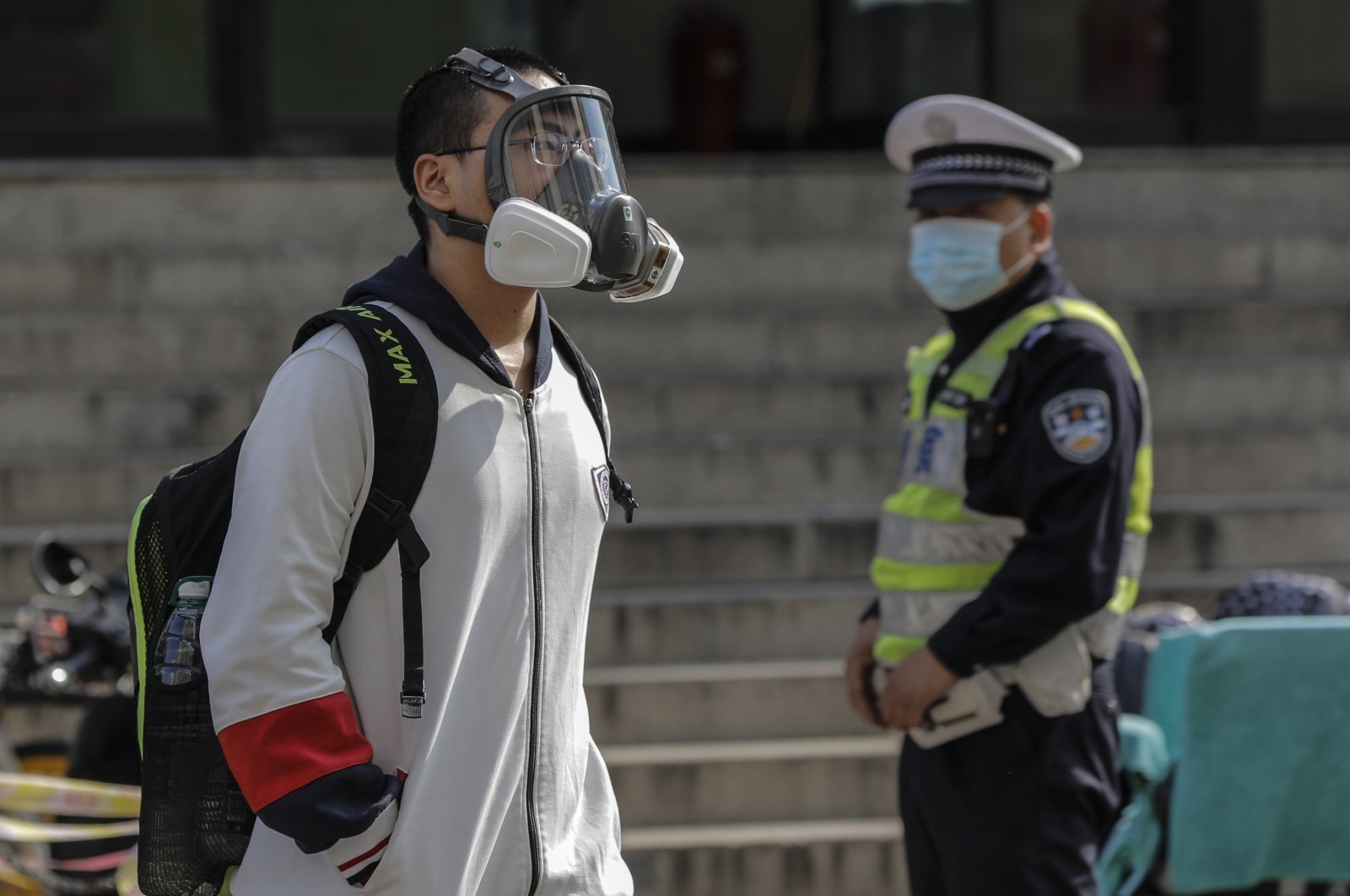 A student wearing a face mask leaves a high school in Beijing, China, 27 April 2020. Senior students in Beijing return to class for the first time after schools were closed down in January due to the outbreak of the coronavirus and COVID-19 disease. (EPA Photo)
by DAILY SABAH WITH AGENCIES Apr 27, 2020 12:36 pm
RECOMMENDED

China's foreign ministry on Monday denied claims that Beijing is spreading disinformation about the coronavirus following a European Union report that said there was "significant evidence" of covert Chinese operations on social media.

"China is opposed to the creation and spreading of disinformation by anyone or any organization. China is a victim of disinformation, not an initiator," foreign ministry spokesman Geng Shuang said at a regular press briefing Monday.

The report by the EU's foreign policy arm said state-backed governments including China and Russia were responsible for spreading disinformation on the virus.

Reuters earlier reported that senior Chinese officials pressured the EU to drop the criticisms from the report last week, stating that it would make Beijing "very angry."

The report was published late last week after a delay and some information regarding China was changed. An EU spokeswoman declined to comment.

According to The New York Times, Chinese officials contacted EU representatives to stop the report from being published. The NYT said that an earlier version of the report had stronger language but was eventually changed as Beijing pressured the regional body and was "threatening with reactions if the report comes out."

China has fiercely defended its handling of the novel coronavirus amid calls from some countries to initiate an independent investigation into the virus and its source.

Geng said there was no conclusive evidence that the virus originated in China, and warned that "political maneuvering" behind calls for an independent investigation would not be successful.

"China is the first country to report a COVID case, but it doesn't mean the virus originated in China," he told reporters.

"Some people are trying to hype up the so-called investigation that is inconsistent with an international atmosphere of cooperation and their political maneuvering will not succeed," Geng said.

On the other hand, Australian Foreign Minister Marise Payne has cautioned China against attempts at "economic coercion" as Australia pushes for the investigation that China opposes. Chinese ambassador to Australia, Cheng Jingye, said in a newspaper interview on Monday the "Chinese public" could avoid Australian products and universities.

Australia last week called for all members of the World Health Organization (WHO) to support an independent review into the origins and spread of the coronavirus, and is lobbying world leaders.

"Maybe the ordinary people will say 'Why should we drink Australian wine? Eat Australian beef?'" Cheng said in the interview published on the front page of The Australian Financial Review.

China is the largest export market for Australian wine and beef. During strained diplomatic relations with China in 2018, Australian wine faced import delays in China, and some Australian beef exports were also previously suspended for a period.

Cheng said it was possible that tourists may have "second thoughts" about visiting Australia.

"The parents of the students would also think ... whether this is the best place to send their kids," he added.

After energy exports, education and tourism are Australia's biggest export industries, with China the largest market.

The Chinese Embassy in Australia had previously warned Chinese students about what it said were safety risks in traveling to Australia.

Payne said in a statement Monday that Australia had made a "principled call" for an independent review of the COVID-19 outbreak which started in the Chinese city of Wuhan.

"We reject any suggestion that economic coercion is an appropriate response to a call for such an assessment when what we need is global cooperation," Payne said.

Payne said an "honest assessment" of the pandemic would seek to strengthen the WHO's role.

The novel coronavirus has infected over 2.97 million people worldwide and killed more than 206,500, according to data compiled by the U.S.-based Johns Hopkins University.