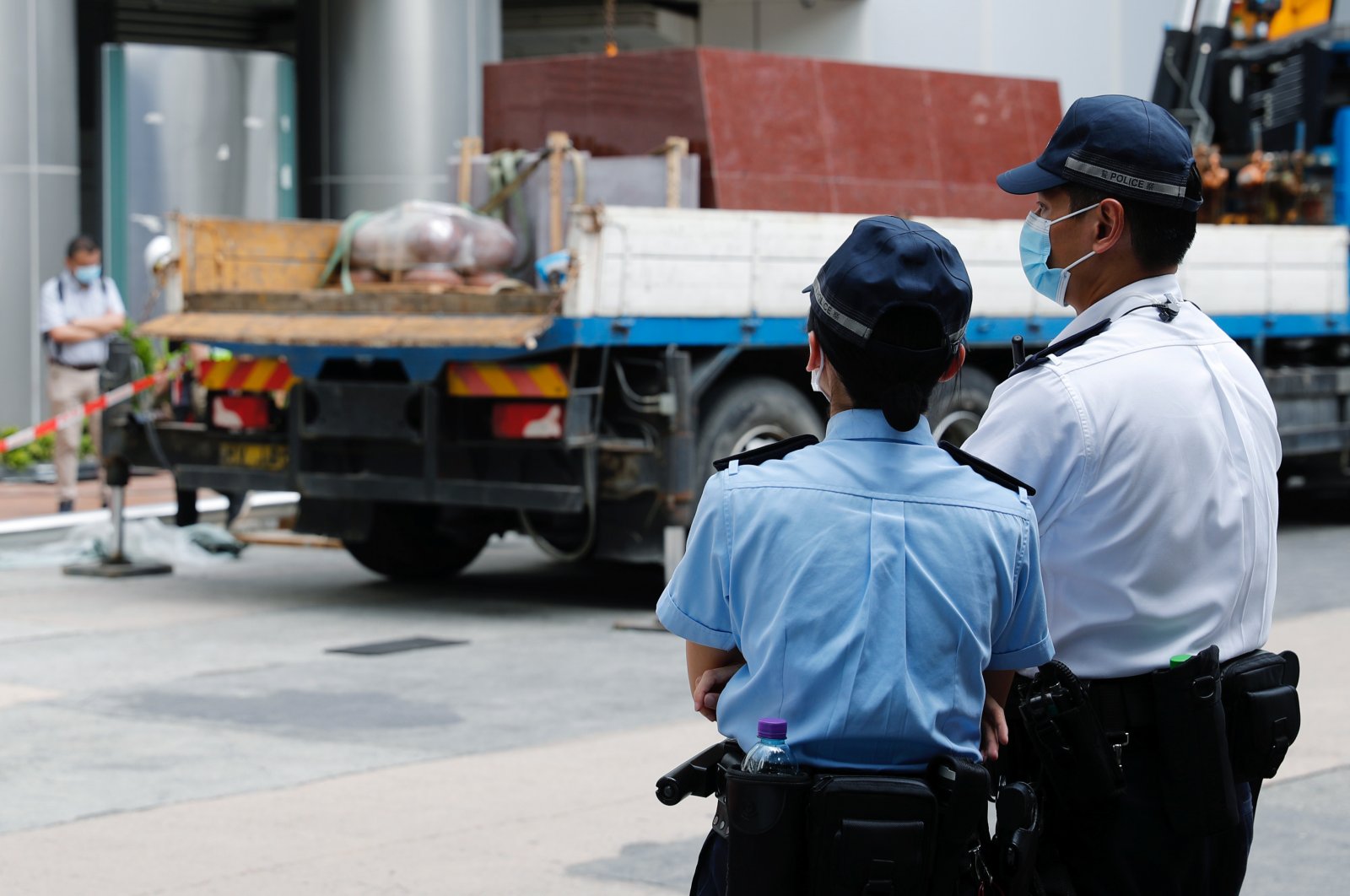 China has launched a special task force to ramp up political policing to maintain social stability, said the official Procuratorial Daily, the latest move to rein in dissent over Beijing's handling of the coronavirus and protests in Hong Kong.

The task force should "crackdown on all kinds of infiltration, subversion, sabotage, violent terrorist activities, ethnic separatist activities and extreme religious activities," according to the undated notes from a meeting of the task force published in the paper Monday.

The news of the task force came on the same day a Beijing law professor, who has been an outspoken critic of China's ruling Communist Party and President Xi Jinping, was taken away by authorities.

The main responsibility of the task force is to safeguard China’s political system. "Political security is related to national safety and people's well-being," according to the notes.

Referencing the fight against coronavirus, the notes said a government can only guarantee its people's safety if it maintains a stable political environment.

The task force is part of the "Build a Peaceful China" coordination group set up in April and led by Guo Shengkun, China's top law enforcement official.

The launch comes after China’s parliament passed national security legislation for Hong Kong at the end of June which punishes crimes of secession, subversion, terrorism and collusion with foreign forces with up to life in prison.

Hong Kong has been rocked by large, and sometimes violent, pro-democracy protests since mid-2019.

The new security laws have been criticized by pro-democracy activists, lawyers and foreign governments who fear it would be used to stifle dissent and undermine freedoms the former British colony was promised when it returned to Chinese rule in 1997.

The day after the law came into effect, one man was arrested for carrying a Hong Kong independence flag.