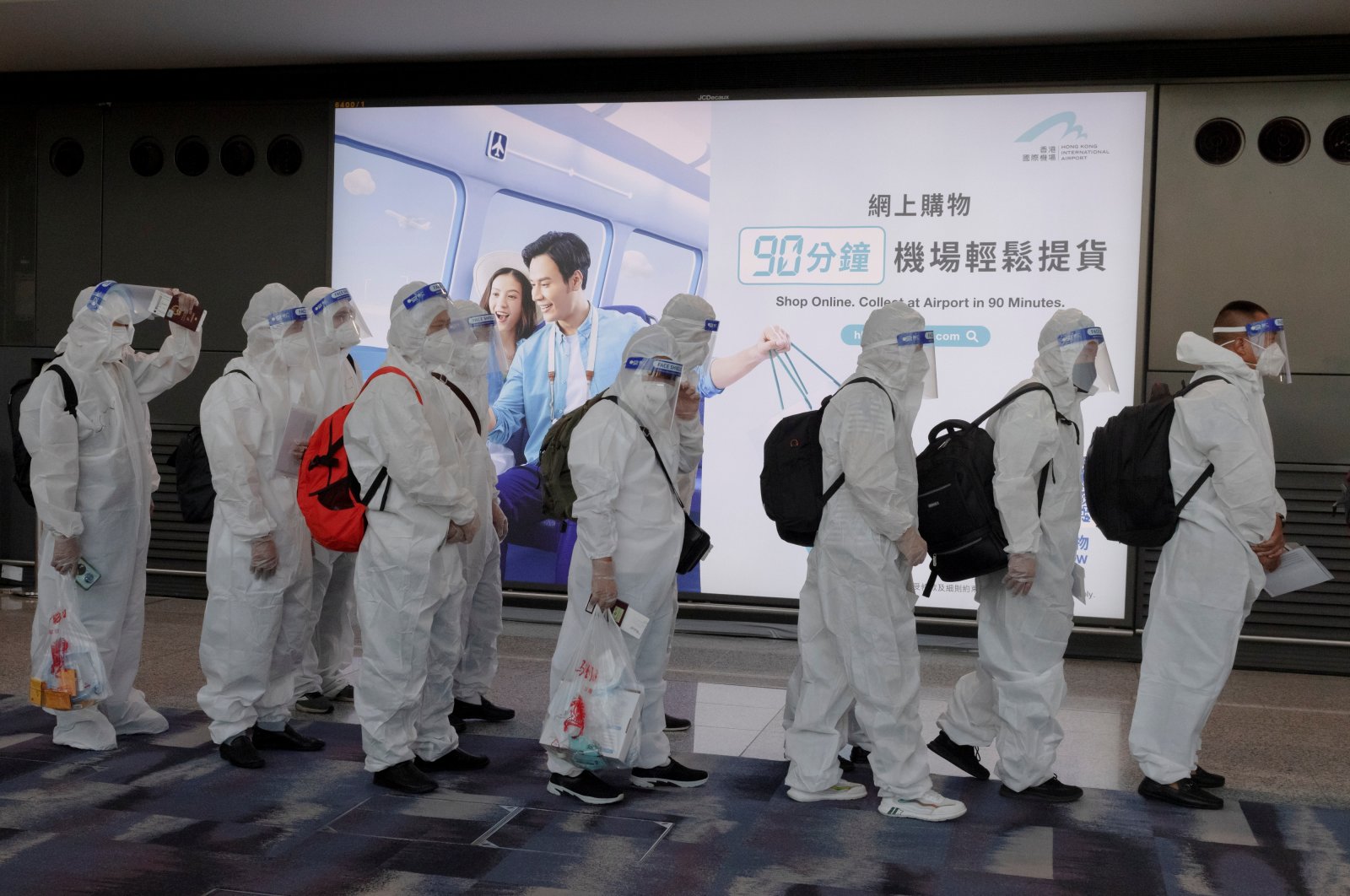 Passengers wearing protective suits (PPE) to protect themselves against COVID-19 line up to board their plane for an international flight at Hong Kong airport, China, July 9, 2021. (Reuters Photo)
by French Press Agency - AFP
Jul 15, 2021 11:11 am

An increasing number of Chinese cities and counties are introducing restrictions for unvaccinated people, including barring access to public spaces, as Beijing tries to ensure herd immunity in its 1.4-billion-strong population.

The coronavirus first emerged in the central Chinese city of Wuhan in late 2019, but since then the country has largely brought it under control – and Beijing is determined to keep it that way.

The tough new rules, which follow the emergence of the highly contagious delta variant across Asia, will be imposed on numerous second-tier cities in a possible marker of what is to come for the whole country.

China has a national target of inoculating 64% of its 1.4 billion population by end of the year, and new measures suggest high levels of coercion.

In Chuxiong city in the southern province of Yunnan – home to about 510,000 people – all residents above the age of 18 need to get at least one dose of the vaccine by July 23, according to a government notice posted late Wednesday.

Those who fail to meet the deadline "will not be allowed to enter public facilities including hospitals, nursing homes, kindergartens and schools, libraries, museums, and prisons or take public transport," the notice said.

A month later, two shots will be required to enter public buildings.

Similar notices were issued by authorities in at least a dozen cities and counties across the country, including six in eastern Jiangxi province, one in Sichuan, one in Gaungxi and three in Fujian province.

Many say they want to inoculate 70% to 80% of the local population by September – exceeding the national target.

Tianhe county in central Henan province threatened to stop paying wages to and dismiss any state employee not inoculated by July 20, according to an official notice issued Monday.

At least a dozen places have stationed volunteers at government buildings, train stations and other busy public spaces to note down the names and contact information of those who are not vaccinated.

It is unclear whether this information is then shared with the local pandemic prevention task force.

The move has led to an online backlash.

"At first you (the government) said vaccination was voluntary, now you are forcing us!" wrote one angry user of China's Twitter-like Weibo.

"I just got my second dose, but this new policy sounds like a royal decree: disappointed and disgusting!" complained another.

China's success in squashing the coronavirus outbreak – plus vaccine safety concerns – led to a low uptake when the country's vaccination campaign was launched last year, and officials have been using a series of incentives to ramp up inoculation numbers.

As of Tuesday, China had administered more than 1.4 billion doses of COVID-19 vaccines, the National Health Commission said, without specifying the number of people vaccinated.