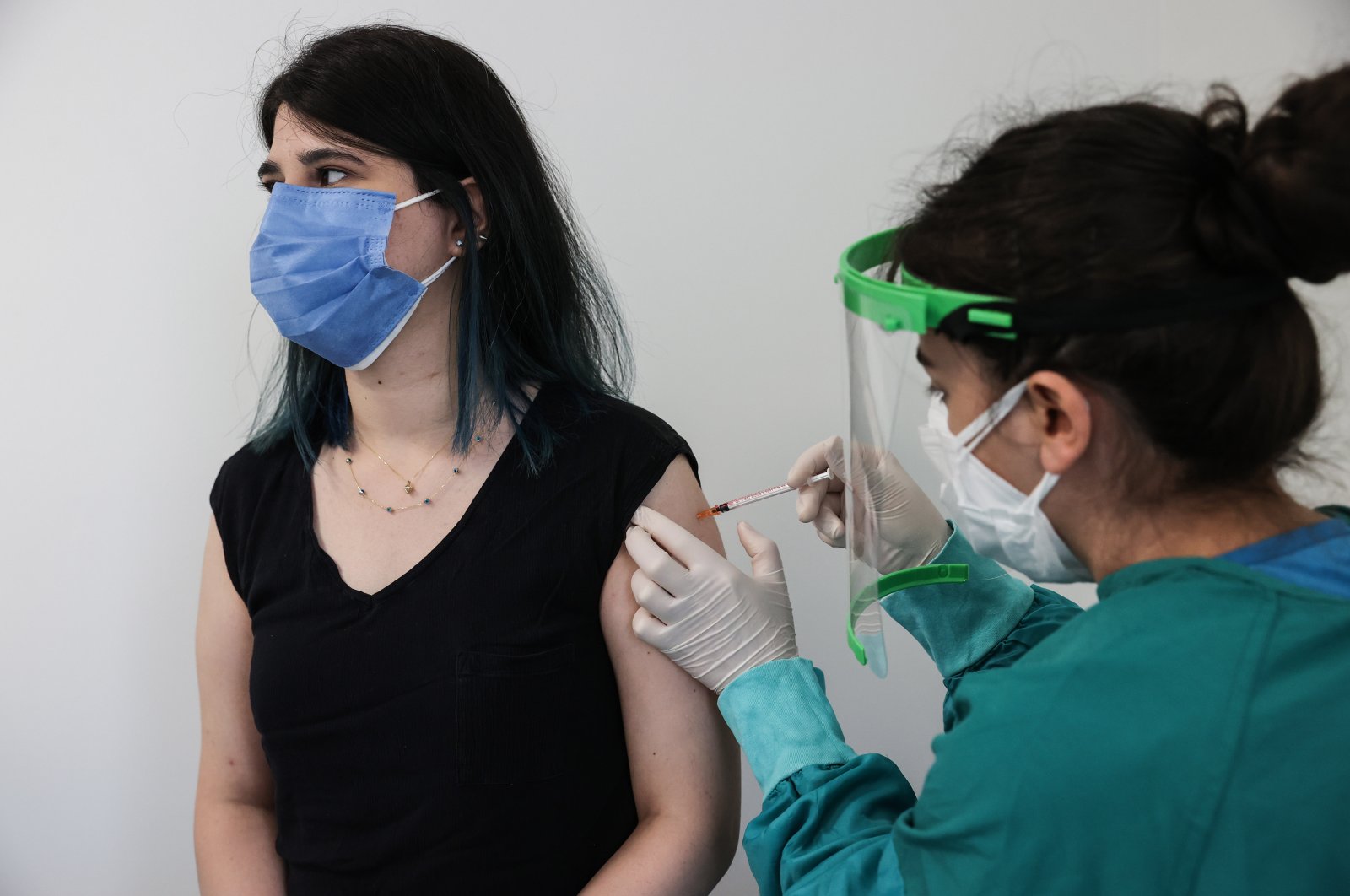 Despite a widespread and ambitious vaccination campaign, vaccine hesitancy remains a problem for Turkey's coronavirus fight, which could prompt drastic measures from authorities

People who refuse to get vaccinated against the coronavirus might soon find themselves unable to enter a shopping mall or eat in a restaurant in Turkey as authorities consider introducing a strict vaccination card procedure.

While scientists across the world continue to argue about the finer details, they have been unanimous on one thing – vaccines are currently humanity’s best bet against the coronavirus pandemic.

With the lack of actual, effective treatment, COVID-19 vaccines are the only way for the apparently never-ending lockdowns to be over for good and for life to return to normal, scientists say.

Yet, for some people, coronavirus vaccines remain a contentious issue. For them, the jabs that many tout as the saviors of humanity were developed far too quickly for comfort. Fueled by rampant misinformation circulating on social media, a considerable amount of people have voiced concerns about the safety of the vaccines, saying they have been developed rather quickly compared to vaccines against other diseases.

Vaccine hesitancy, as it has been named, has been a thorn in Turkey’s fight against the pandemic, like many other countries.

The Health Ministry previously introduced persuasion teams, whose sole goal is to find people who refuse to get vaccinated despite having a shot reserved under their name and change their minds.

The teams have been working around the clock to answer people’s questions and convince them to trust in science.

But it seems the government is planning for a more drastic plan B that will impose several restrictions on people who refuse to get vaccinated to stop them from socializing and spread the virus.

According to several local media reports, the full list of restrictions is yet to be finalized and it includes measures such as barring people without vaccines from entry to malls, restaurants, theaters or cinemas.

Vaccination records could be added to the Health Ministry’s coronavirus tracking app Hayat Eve Sığar (HES, or Life Fits Into the Home), the reports said, which is already mandatory for almost every aspect of life across the country.

While Turkey has previously said the vaccines would not be made mandatory, the goal of the plan B seems to inconvenience the vaccine dodgers into giving in and having their shots.

It also aims to protect vaccine refusers as people who had their COVID-19 vaccines can still get sick and infect others.

According to recent research cited by the reports, vaccine hesitancy and apathy toward vaccination runs high in people between the ages of 18 and 35, who were also declared the least compliant with previous coronavirus measures.

The new restrictions, if they ever actually get imposed, will target people between the ages of 18 and 50, the reports said.

Vaccination is not mandatory in Turkey and a family has won a lawsuit against mandatory vaccination in the past, years before the pandemic emerged in the country. Yet, experts warn that, under current circumstances, abstaining from vaccination poses a hazard to public health.

The country so far administered more than 31 million shots in the campaign, which started with health care workers in January 2021, with CoronaVac, produced by China’s Sinovac. After this inactive vaccine, the country started acquiring Messenger RNA (Mrna) vaccine produced by Pfizer-BioNTech. It also signed a deal with Russia to acquire Sputnik V vaccine.

Health Minister Fahrettin Koca had earlier said that they planned to lower the eligibility age for vaccination to 20 by the end of June, though it seems a difficult goal. But most experts say the pandemic may recede in the autumn, with intense inoculation drive throughout the summer. If the goal of vaccinating nearly %70 of population can be achieved, the government plans to remove mandatory mask rule outdoors in the autumn, according to media reports.

The government also included more people in the drive, including teachers whose appointments for vaccinations started on Monday. On Tuesday, Koca announced that the Pfizer-BioNTech vaccine, previously administered by public and private hospitals only, can now be administered at neighborhood clinics known as “sağlık ocağı.” Family physicians working there would be authorized to inject the jabs. It is unclear whether the clinics’ vaccination storage capacity will allow mass inoculation with the Pfizer-BioNTech jab, which spoils faster than CoronaVac if not stored in proper temperatures. Authorities had earlier assured that no Pfizer-BioNTech vaccine would go to waste, thanks to timely planning, with shots administered to others when people with appointments fail to show up.

Turkey has also pondered injecting people with a third dose of the vaccine, in a period of six months after the second dose. Experts say a different vaccine than whatever people were injected with for their first and second doses can be used for that purpose. Thus, the country can have more access to vaccines, something vital at the time of ongoing “vaccine wars” between countries. Professor Ismail Balık, who heads the Department of Infectious Diseases at the Faculty of Medicine of Ankara University, says a locally made vaccine currently in the trial phase, can be used for a third dose. Balık told Demirören News Agency (DHA) on Tuesday that the vaccine developed by Erciyes University was an “inactive vaccine,” using the same technology with CoronaVac and would be fit for people injected with the Chinese vaccine.